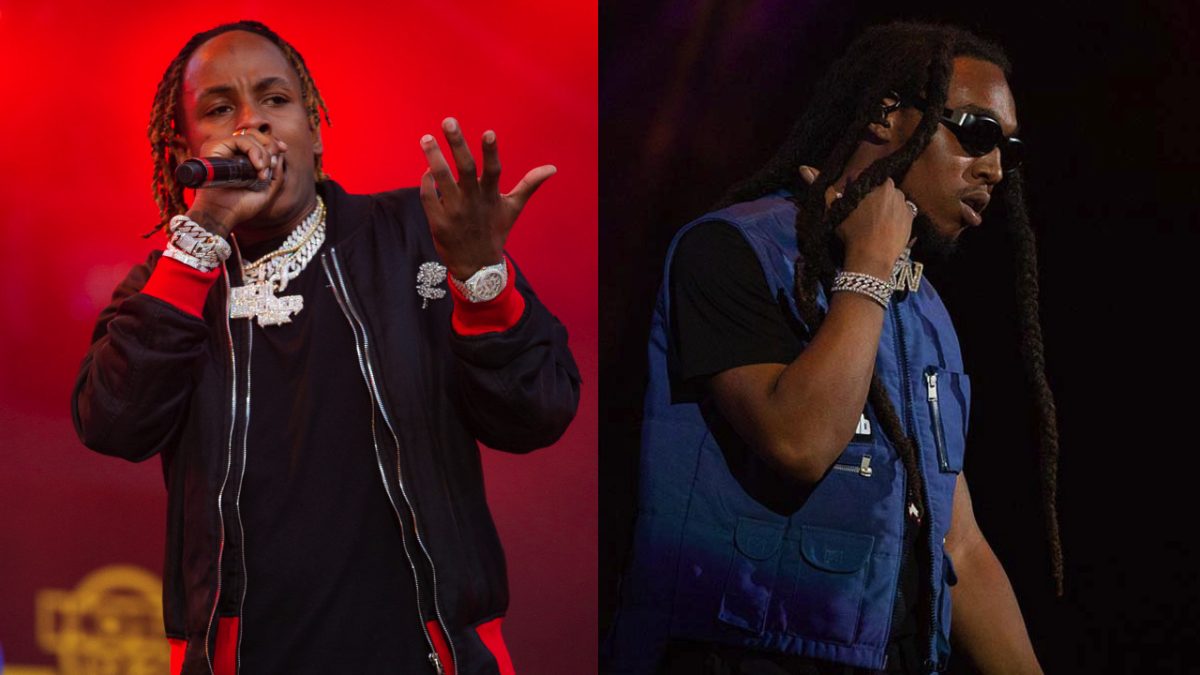 Rich The Kid has paid homage to his late friend and collaborator TakeOff by immortalizing the Migos rapper’s name in ink for his latest tattoo.

Rich showed off his new tat on Tuesday (January 24) as he was getting it done, with TakeOff’s name spanning the width of his hand.

The two rappers had been close and most recently released a collaboration named “Crypto” in March of last year.

Check out Rich The Kid’s new ink below:

As the investigation into TakeOff’s untimely death continues, a woman who was caught in the crossfire recently shared what she remembers from that fateful night. 24-year-old Houston, Texas native Sydney Leday spoke to KHOU 11 and recounted the moments that led to her getting shot in the head in front of a Houston bowling alley on November 1, 2022.

According to Leday, she remembered hearing shots ring out, and she attempted to run away when she felt a stinging sensation in the back of her head. She fell to the ground, but the person she was with picked her up and went to their car.

“I told [my mom] to come to the hospital, but I ended up having a seizure, so I was on the phone with her the whole time,” Leday said. “I remember the whole thing. I felt the sting in the back of my head. I felt myself falling and the person I was with picked me up and got in the car but it was just it was like a scary movie.”

She continued: “Ironically, it was Halloween night. I had on a nun outfit I had blood all over me and it was still my birthday weekend. So I mean like any other 24-year-old, I was just out partying and celebrating ’cause I really never dressed up for Halloween and that was something I was excited about.”

Takeoff Teaches Rich The Kid How To Make It Rain Properly

Leday said seeing the argument and Quavo getting upset made her aware that something wasn’t right.

“Quavo, he was upset so I noticed that something was wrong. Whenever I noticed that, he was really upset and he was finna leave. So the party wasn’t gonna keep going on, and I saw whenever everything broke out, and I tried to run, but I didn’t go that far so. Yeah, it was like, it was really like a movie.”

Local DJ Patrick Clark was accused of firing the gun that ultimately killed the Migos rapper and taken into custody one month after his death, but was released on bond earlier this month.

As part of his bond agreement, Clark will have to wear an ankle monitor and remain at his parents’ home in Houston, while also avoiding contact with TakeOff’s family. He is due back in court in March.