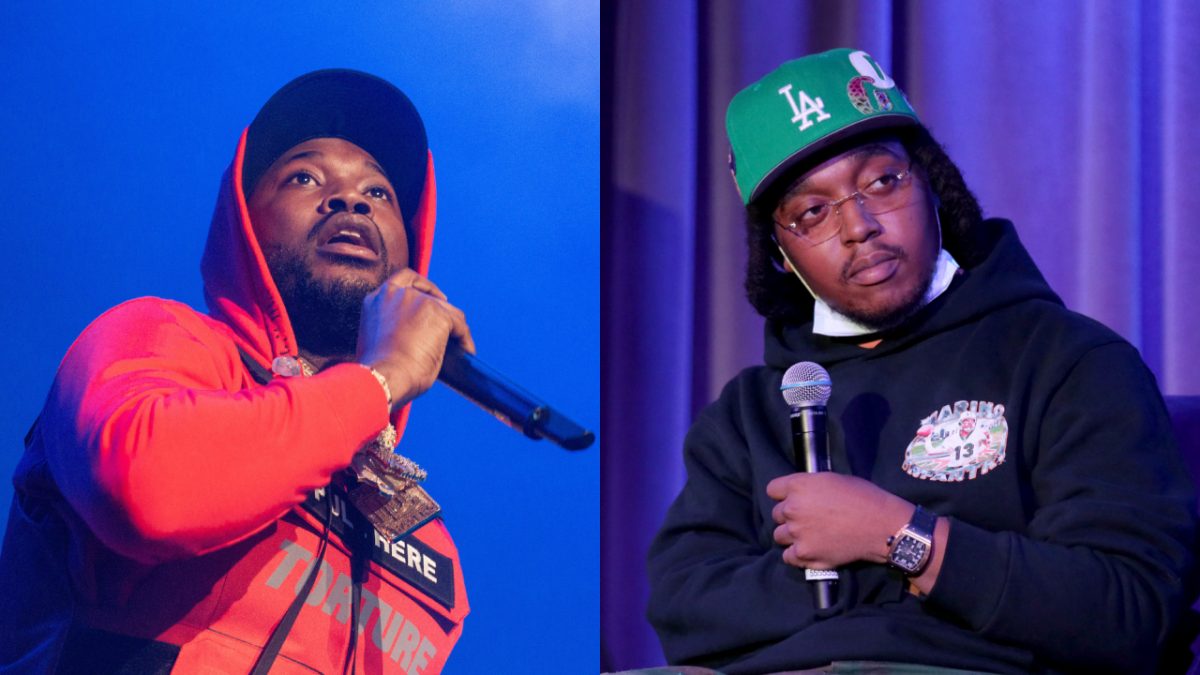 Meek Mill has unfortunately not been able to make it to TakeOff‘s Atlanta memorial service, but he’s taken to social media to show some love to the late Migos rapper.

“Rip to TAKE OFF..I barely believe in this shit we living in….Prayers to your mother, family and the whole QC! You change to rules for sure my boy,” Meek wrote.

He added: “And I apologize for missing your funeral ima forever rep y’all boys.”

Taking place on Friday afternoon (November 11) at Atlanta’s State Farm Arena, TakeOff’s funeral was free to Atlanta residents who were able to get their hands on tickets via Ticketmaster earlier this week.

Rip to TAKE OFF .. I barely believe in this shit we living in…. Prayers to your mother, family and the whole QC! You change to rules forsure my boy! 🙏🏾🙏🏾 and I apologize for missing your funeral 🤲🏾 ima forever rep y’all boys!

Justin Bieber was announced as a performer at the service earlier in the week, and while it was rumored Alicia Keys would make an appearance, a source informed Page Six that would not be the case.

It was reported that TakeOff’s family also asked in lieu of gifts that fans make a donation to the rapper’s Rocket Foundation, which combats gun violence.

The Harris County Medical Examiner confirmed in TakeOff’s autopsy report on November 2 that the Migos member died of “penetrating gunshot wounds of head and torso into arm.” No arrests have been made yet, and Houston Police have called on witnesses to “step up” to help them identify the trigger man.

Takeoff Honored With Mural In Atlanta

Police Chief Troy Finner chimed in: “I just want to say something to our city, Houston, and every brother and sister in the neighborhoods. I’m calling you to action to step up. There were 40 people at least at this event, and people left, possibly out of fear.

Quavo and TakeOff had just released their first album ogether Only Built for Infinity Links, and Migos wrapped its critically lauded Culture trilogy with Culture III last June. TakeOff released his lone solo album The Last Rocket in 2018, and Offset announced on Thursday (November 10) that he was delaying the release of his new solo album following the death of his cousin.