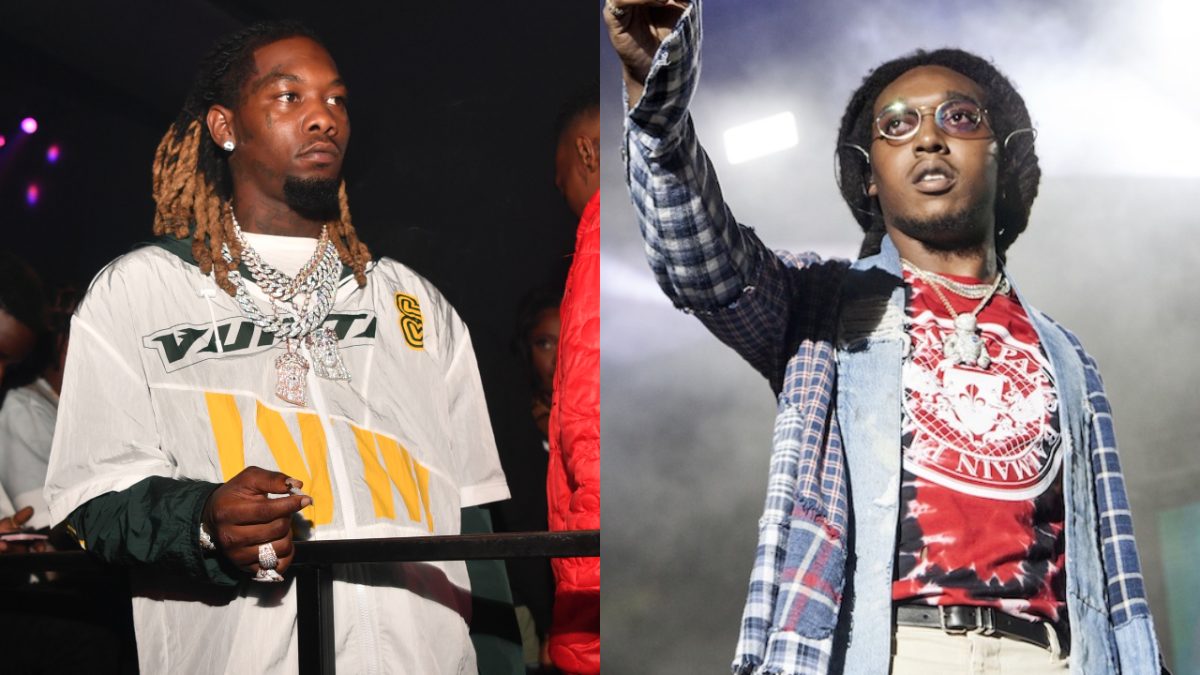 Offset has delayed the release of his new solo album following the death of his cousin and former Migos member TakeOff.

A screenshot of a DM exchange between Set and a fan confirmed the delay, with the fan writing in part: “It’s probably the last thing on your mind but is your album still dropping Friday?”

The Atlanta rapper and Cardi B‘s husband replied: “No pushed back.”

The delay presumably was done out of respect for TakeOff, who was shot and killed in Houston, Texas at a local bowling alley earlier in November. While Offset has yet to share an official statement, he changed his Instagram avatar to a photograph of TakeOff.

Offset had previously delayed his solo release once before, which will serve as the follow-up to his debut album Father of 4 from 2019. That tape debuted at No. 4 on the Billboard 200 chart.

During an interview with SSENSE in August, Offset went into detail about what his still untitled LP sounds like, which he had previously confirmed on Twitter will boast 13 tracks.

“This is just the beginning,” he explained. “It’s just gutter and core, from the heart. I got a lot of different flows on it. I’m rapping, even though I see a lot of the artists nowadays, they like auto tuning. A lot. I feel like I’m not on that wave at all. When I came in, we came out the trenches, so that’s what people want to hear, because that’s what people go through every day. Ain’t nobody driving a Wraith.”

He added: “[In] Black culture right now, and the world in general, the poors outweigh the rich one thousand percent. So you gotta talk about shit that’s going on in real life. Just the real content of what people see every day. Go back to that.”

Offset dropped two singles over the summer to promote the tape, with “54321” and “CODE” featuring Moneybagg Yo both arriving in August. His new album is set to include collaborations with Cardi B, Metro Boomin and Southside.

Prior to TakeOff’s death (real name Kirsnick Khari Ball), the 28-year-old had just linked with Quavo for their first album together Only Built for Infinity Links. Migos wrapped its critically lauded Culture trilogy with Culture III last June, and Take released his lone solo album The Last Rocket in November 2018.