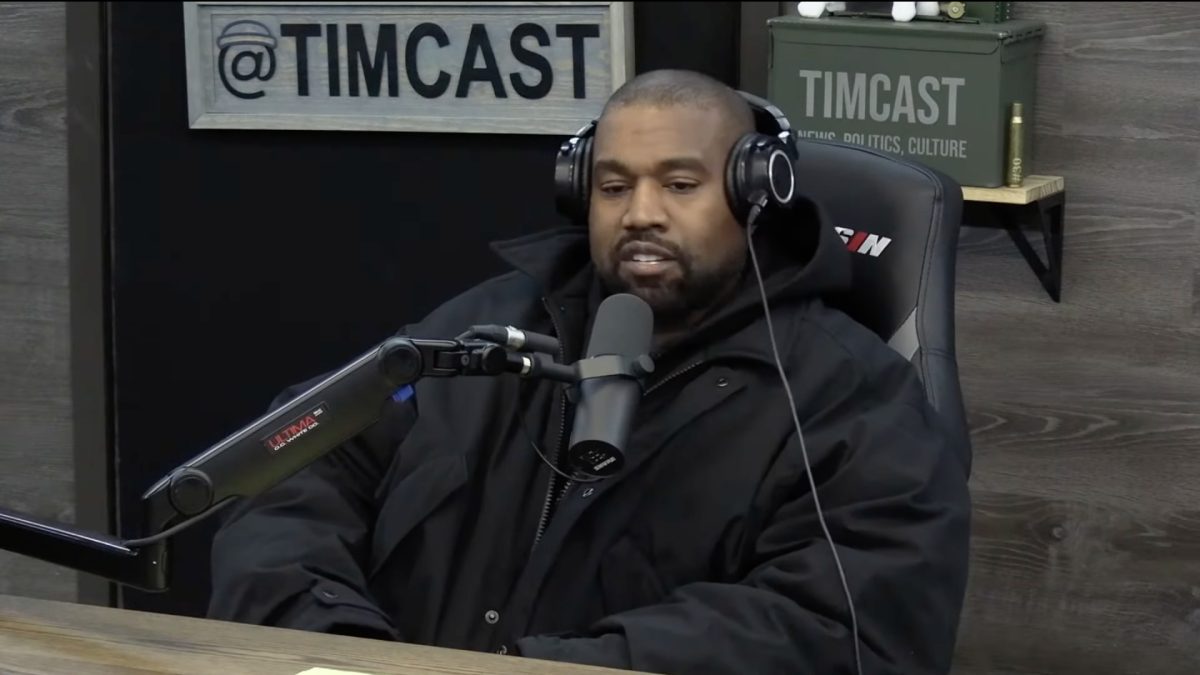 Kanye West has claimed in a recent interview that he almost wound up behind bars due to tax evasion and that he ended up having to pay a multi-million dollar tab to get out of it.

Ye appeared on Tim Pool’s Timcast IRL podcast on Monday (November 28) alongside Holocaust denier Nick Fuentes and white supremacist Milo Yiannopoulos — who are both working on his 2024 presidential campaign — where they mostly talked about the backlash to the rapper’s anti-Semitic comments.

Before Ye stormed out of the interview following Tim Pool’s defense of Jewish people, the Donda polymath also said in a separate story that the feds nearly nabbed him for tax evasion.

“This morning, I found out that they were trying to put me in prison because what they did was, I moved $140 million into JP Morgan. And I said, ‘I want to talk to Jamie Dimon [JP Morgan CEO],” Ye said around the eight-minute mark. “Like, look at me, I’m just going in naive, you know, multi-billionaire, like, ‘Maybe Jamie Dimon will let me in on some deal flow.’ Wrong! And I’m banging my hands like, ‘I want to meet with Jamie!’ I start complaining online, and then they de-bank me for complaining.”

He continued: “So I’m about to get de-banked, they like, ‘You need to go to Trump’s bank — Axos or whatever.’ And I’m like, ‘I’ve been trying to buy my own bank for the longest.’ We figured out how to get my own bank — it’s like $50 million, $75 million — so I’m about to buy my own bank, but then, as they’re about to take the money out, here comes adidas with a $275 million bill for marketing funds that they agreed upon. Because I said to them, ‘Hey, I’m the marketing; give me the marketing fund.’

“I’m not gonna mention her name because she’s a nice lady, but someone at CohnReznick tells me — and I tell all of my finance people never use the term ‘a lot’ — but they said, ‘OK, you’re gonna have to pay a LOT of taxes.’ And that made me feel like they’re just waiting like, ‘We finally got him! We finally can put him in jail!’

Ye added that after six hours of deliberation, he discovered he owed around $50 million in back taxes. “Now, I’m going to different CFOs like, ‘So would this be tax evasion?’ Because I’m obviously not the most financially literate,” he said.

These comments came before Ye most notably stormed out of the interview when the pod’s host Tim Pool refused to admit Jewish people ran the media — one of many harmful anti-Semitic stereotypes Kanye has spewed in recent weeks.

Tim Pool continued following Ye’s departure: “Are you leaving? He’s done. I’ll say it right now: You guys want to bring that stuff up, and then think we’re not gonna have a conversation?”

He then mimicked Kanye’s reaction to the conversation: “‘I’m not gonna do that, I refuse.’”

Kanye West has made various anti-Semitic comments on social media, in interviews and in publicized texts to peers such as Diddy in recent weeks. These have resulted in a great deal of scrutiny for the Yeezy mogul.

The Chicago rap star has lost lucrative partnerships with Balenciaga, Def Jam and, most notably, adidas, with the latter slashing his personal net worth from $1.9 billion to around $400 million.