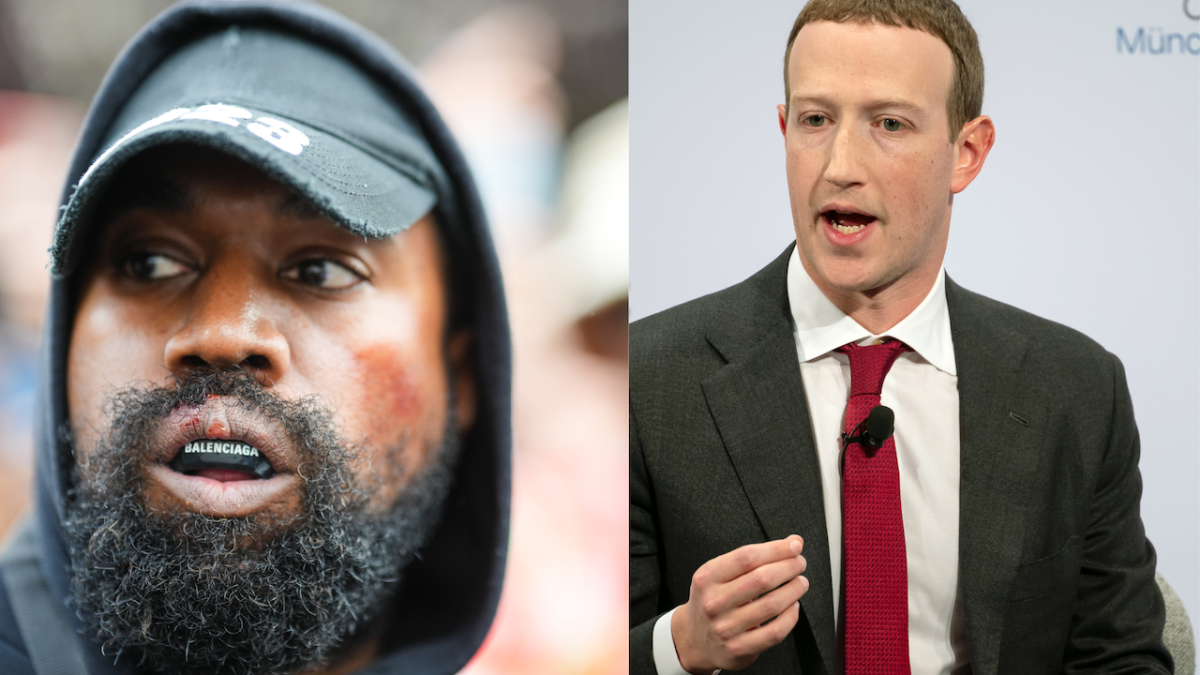 According to The Hollywood Reporter, the account was not only restricted from posting, commenting or sending DMs, but IG also deleted some of Kanye’s recent posts, which included references to ‘going to war.’

The restrictions came after an exchange between Kanye and Diddy in which West appeared to claim Diddy was controlled by Jewish people. The message was captioned, “Jesus is Jew.”

“This ain’t a game Ima use you as an example to show the Jewish people that told you to call me that no one can threaten or influence me I told you this was war Now gone get you some business,” he wrote.

Diddy’s attempts to deescalate the tension were met with Kanye continuing to claim that he is being victimized. “Anything you text I will post I love you And you guys are breaking my heart I accept your apology in advance,” Kanye wrote ending their exchange.

West reportedly took to Twitter not long after his IG restriction, a platform he hasn’t used in years, and began to go in on Meta owner Mark Zuckerberg.

Next to a photo featuring he and Zuckerberg, Kanye wrote: “Look at this Mark, how you gonna kick me off Instagram. You used to be my n-gga.”

Look at this Mark

You used to be my nigga pic.twitter.com/YQzjw01jur

Kanye West has been making headlines since revealing his controversial “White Lives Matter” shirt, which he wore at a fashion show in Paris. He took a shot at Vogue editor Gabriella-Karefa Johnson for criticizing said shirt, and went on a tirade against Gigi Hadid and Hailey Bieber, pop star Justin Bieber’s wife, for defending her.

In the Hip Hop community, Boosie was one of the few artists who vocally disagreed with Kanye’s “White Lives Matter” shirt. In the teaser to an episode of Drink Champs, the Louisiana rapper stated, “Aint Nobody getting done like Blacks getting done from 3/400 years to this day and you a f**king conglomerate. Don’t put no f**king White Lives Matter on…dye your face then n****a.”

This isn’t the first time the rapper has been in hot water with Instagram for his postings. In March, Kanye’s account was suspended for a full 24-hours after he made a slur aimed at The Daily Show host Trevor Noah.