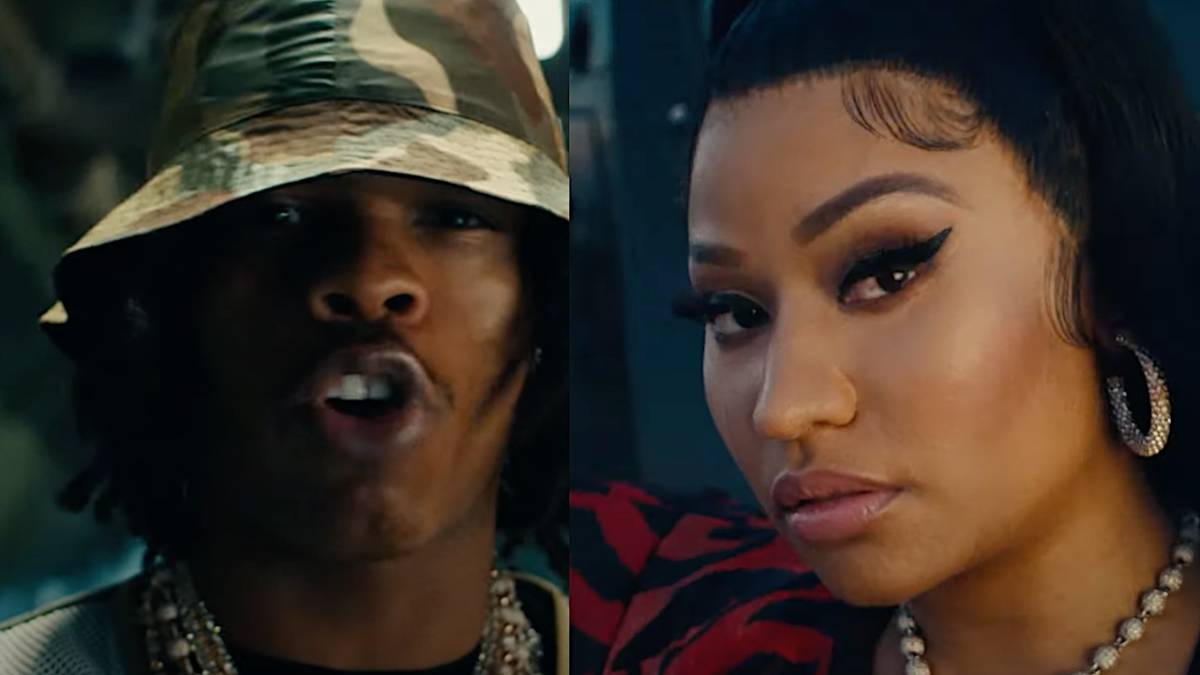 Lil Baby and Nicki Minaj are going to war.

Activision’s Call of Duty: Modern Warfare 2 release is just weeks away and the gaming giant has called upon some of the biggest names in Hip Hop and urban culture to help get the word out.

The new “Squad Up” advertising campaign features some of the biggest stars, athletes, gamers and social media influencers appearing in an ad that’s about a minute long.

As was reported by HipHopDX, rapper Cardi B had revealed that she missed out on a multi-million dollar deal with Call of Duty due to what were described as “stupid decisions.”

Speculation abounds that, though Cardi B and Nicki are allegedly beefing now, Activision simply swapped out Cardi B with Nicki Minaj.

The alleged beef between Nicki and Cardi B flared up anew when Nicki fired off a not so thinly veiled tweet accusing Cardi of stealing her style after the latter appeared at a back-to-school event wearing a wig that some believed looked like something Nicki would wear.

On September 12, Nicki tweeted: “Trying to embody someone’s look is one thing but trying to embody their whole personality is psycho tingz. Sympathy & Payola, ahahahahaha, vma wig, now u comedian cuz Nicki on hear posting vids & memes. Usually u ranting when ppl u man gone on,” which many assumed was directed at the Invasion of Privacy rapper.

Cardi B tweeted the same day: “This shit is tiring, old, and redundant. Same formula, DIFFERENT YEAR start chaos, drama, and then promote their shit. I actually have a life outside of my house and Twitter. Until bitches put a @ on it they talking to their mother. Byeeee.”

Watch the Modern Warfare II “Squad Up” ad below: