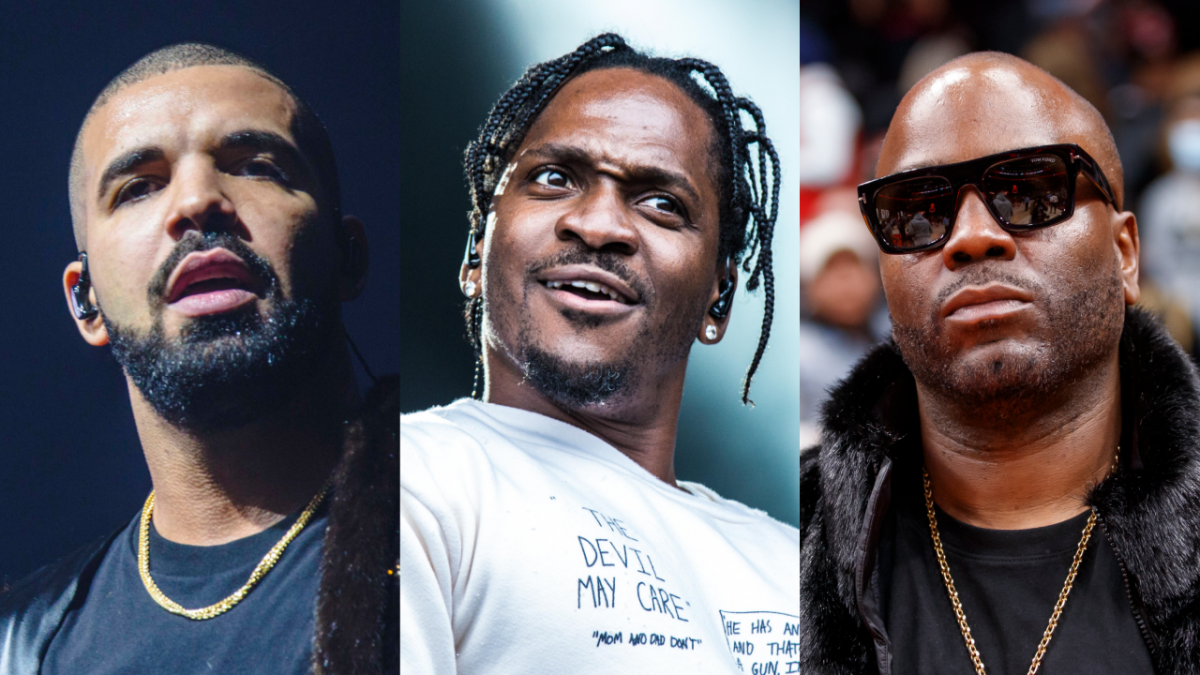 OVO Sound signee Baka Not Nice has taken aim at Pusha T on his new song, pouring fuel onto his high-profile feud with Drake.

The Canadian rapper’s new single “Body & A Face” arrived on Wednesday (September 7) and came loaded with thinly-veiled shots at King Push, who famously exchanged diss tracks with Drizzy in the summer 2018.

Without mentioning the Clipse member by name, Baka rapped about once planning to shoot up his concert before alluding to Drake calling off the hit.

“When you go on tour you gon’ have to leave the States / And then it’s face-to-face / Noreaga interviews will get you n-ggas laced / I don’t wanna hear you tryna tell me ’bout mistakes / Almost lit your show up but we couldn’t find the place / But Drizzy put me in my place, told me just to wait,” he spit.

Baka also warned anyone who disses “The Boy” that he’ll make them “pay a fee” and bragged about hugging pop megastar Adele — who’s currently dating LeBron James’ long-time agent Rich Paul — while carrying a gun in his waistband.

Baka Not Nice’s lyrics are in reference to Pusha T’s May 2022 appearance on N.O.R.E. and DJ EFN’s Drink Champs, where he touched on his beef with Drake and revealed he’s banned from entering the Toronto hitmaker’s home country — sparking conspiracy theories about the 6 God pulling some political strings.

“I’m banned from Canada,” he said. “I can’t get back over there. I ain’t allowed to go back over there … I’m serious. My manager told me. Well, I’m not going to get into that, but I can’t go!”

Pusha’s manager, Steven Victor, explained off-mic that it stems from his November 2018 concert in Toronto that was shut down by police after a brawl broke out onstage.

OVO associate Chubbs later shut down the speculation about Drake’s involvement, writing: “We Don’t Ban N-ggaz We Welcome Them With Open Arms.” Drizzy commented on the post: “come on over [laughing face emoji].”

While Pusha T and Drake’s 2018 war of words remains one of the most bitter exchanges in recent Hip Hop memory — thanks in part to Pusha exposing Drake’s son, Adonis — things have cooled off in recent years.

Even when Drake subliminally dissed him on a leaked version of Jack Harlow’s “Churchill Downs” earlier this year, Pusha T opted against retaliating and instead brushed off the jabs.

“It sounds old to me,” he told The Breakfast Club of the verse. “Like, the flows sound old. And then it’s like, even what is considered, like, the shots. It’s like, bro, after what I’ve done, like ‘the middleman’ talk and all that type of talk — that’s not scathing for me. I’m here to, like, burn down everything.”

“Body & A Face,” meanwhile, is Baka Not Nice’s first new offering in almost three years. A former security guard with a long rap sheet, he signed to OVO Sound in 2017 and has released two projects, in addition to appearing on numerous Drake songs including “From Time,” “Free Smoke” and “Gyalchester.”