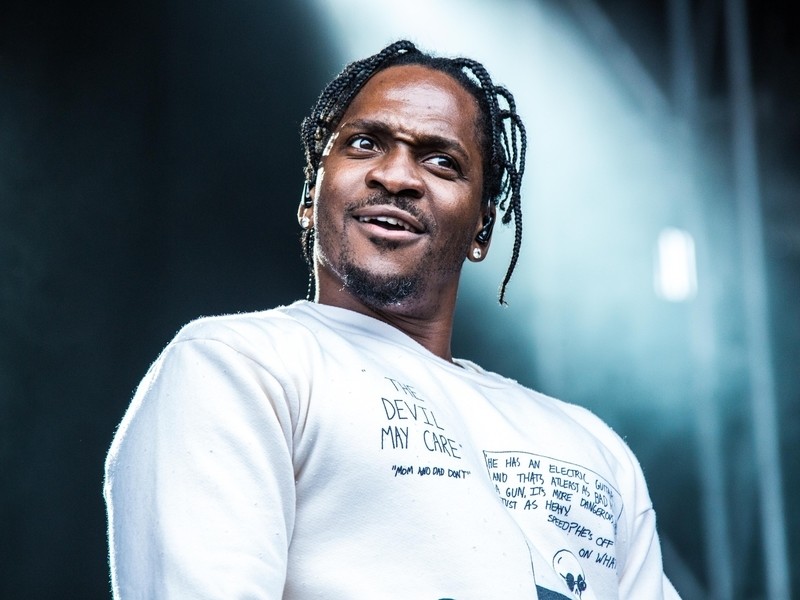 Pusha T was in the middle of performing at Toronto’s Danforth Music Hall on Tuesday (November 20) when a few emboldened audience members began throwing beer, paint and water at him. They then rushed the stage in what looked like an attempt to jump the G.O.O.D. Music president.

It didn’t take long for King Push‘s security detail to intercept whatever nefarious plans they possibly had in mind.

Apparently there was an attempted attack on Pusha T while on stage during his show in Toronto Via @6ixbuzztv. ???

Despite the melee, concertgoers say that didn’t stop Pusha from making his way back to the stage. Upon his return, fans concluded the DAYTONA MC was blaming Drake for the beer-throwing and failed attempt to put hands on him.

He followed up with a performance of “I Don’t Like” — a potential swipe at Toronto’s hometown hero Drake.

Pusha T played his hits “I don’t like” right after that happened and said “HE PAID PEOPLE TO COME HERE. Don’t he know where I’m from?” Or some shit like that, MADNESS MARLON. FUCKING MADNESS

Eventually, Pusha’s show was cut short and shut down by police.

The incident follows Pusha T’s recent Camp Flog Gnaw set where a tech personnel allegedly projected the words “Fuck Drake” on the screen during his performance without his knowledge.

Check out the tweets from a few attendees who witnessed everything go down below.

Nobody got jumped…re check that footage. Niggas were sent to throw beer and paint…we are fine and finished the show. Thanks https://t.co/VVXMy6GbUU

Wellllll a brawl broke out at the Pusha T concert, show ended after 40 minutes pic.twitter.com/9ij3Y8ipCg

I’ll give you what I saw. Pusha was singing a song and right on the bar where he says something about getting wet/soaked or something along those lines about 10 mans threw water at him. Ruined it for everyone.

3 guys rushed the stage and tried to jump Pusha T. Pusha's boys quickly stopped and beat those guys down and then as the guys who were trying to rush Pusha ran away got beat by the crowd as well. 10 mins later cops came and stopped the show.

Wellllll a brawl broke out at the Pusha T concert, show ended after 40 minutes pic.twitter.com/9ij3Y8ipCg