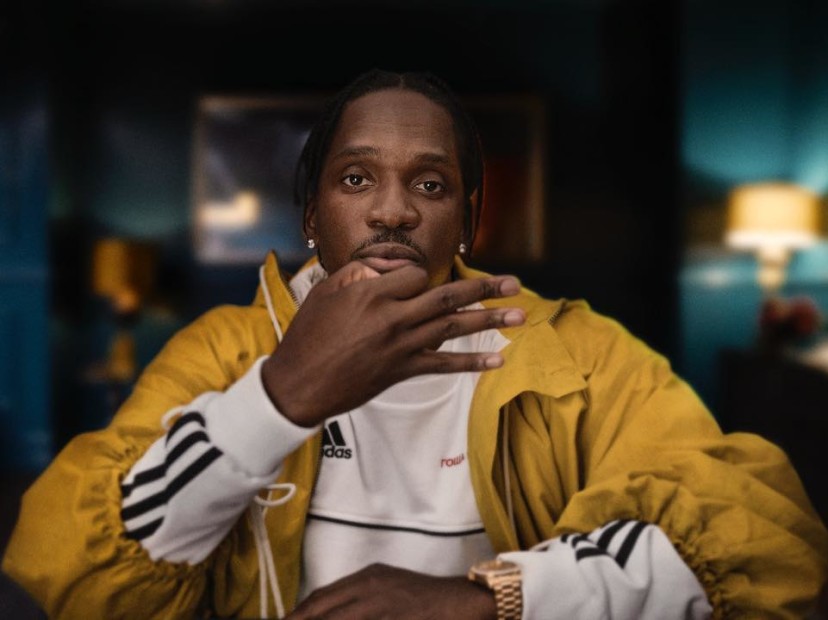 Since scorching Drake with “The Story Of Adidon” diss track over the summer, Pusha T has remained tight-lipped about who told him Drake had a “secret son” — until now.

During an episode of The Joe Budden Podcast, Push confirms the information didn’t come from Kanye West but from OVO producer Noah “40” Shebib.

“The information came from 40,” Push tells Budden. “It didn’t come from Kanye — at all. 40 is sleeping with a woman who begins … he talks to her daily … talks to a woman five, six hours a day, provides opportunity for her and ultimately speaks about how he’s disgruntled about certain things like notoriety and things involving Drake and his career.”

In a recent interview on The Joe Budden Podcast, Pusha T admits who spilled the info on Drake's son, and reveals it wasn't Kanye West. It's always the closest ones to you.

“The Story of Adidon” was recently brought back into the spotlight when Drake appeared on LeBron James’ HBO series The Shop earlier this month. The platinum-selling superstar told James the line about Noah 40’s Multiple Sclerosis was actually what upset him the most.

“Wishing death upon my friend who has MS … I study rap battles for a living,” he told James. “When you mention defenseless people who are sick in the hospital, who have passed away, I just believe that there’s a price you have to pay for that. It’s over! Someone’s gonna fucking punch you in the fucking face. The shit’s done, the event’s over.”

Upon hearing Drake’s comments, Push originally let some emojis do the talking and laughed it off.

He told Budden there are absolutely no rules when it comes to rap beef and disagrees with Drake’s assessment of the verse.

“I didn’t wish death on nobody,” he says. “Not that I care, let’s be clear. With that being the case, when I sit back and think about it, I don’t like how the narrative has changed. I don’t think it’s fair. It may make sense in Drake’s mind that ‘Ye told Push my son, and my situation … I was in Wyoming … that’s wrong, it didn’t happen like that. Never happened.”

Push’s diss track put an end cap on the back-and-forth with Drake. The G.O.O.D. Music President originally fired a shot at Drake on “Infrared” and Drake retaliated with the “Duppy Freestyle.”

Elsewhere in the conversation, Push shut down the notion Drake was locked and loaded with another diss track aimed at Push. [apple_news_ad type=”any”]

“It was bogus,” he says. “If someone is looking at this [The Shop episode] they may think he did some crazy research and that research ain’t come back with nothing … as a matter of fact, they taped the conversations and gave them to me.

“So play em, if you want, cause I got em! I just don’t want niggas thinking they got one up on me, or they money or they popularity runs me. This shit is some rap shit.”

Check out the full episode of The Joe Budden Podcast below.