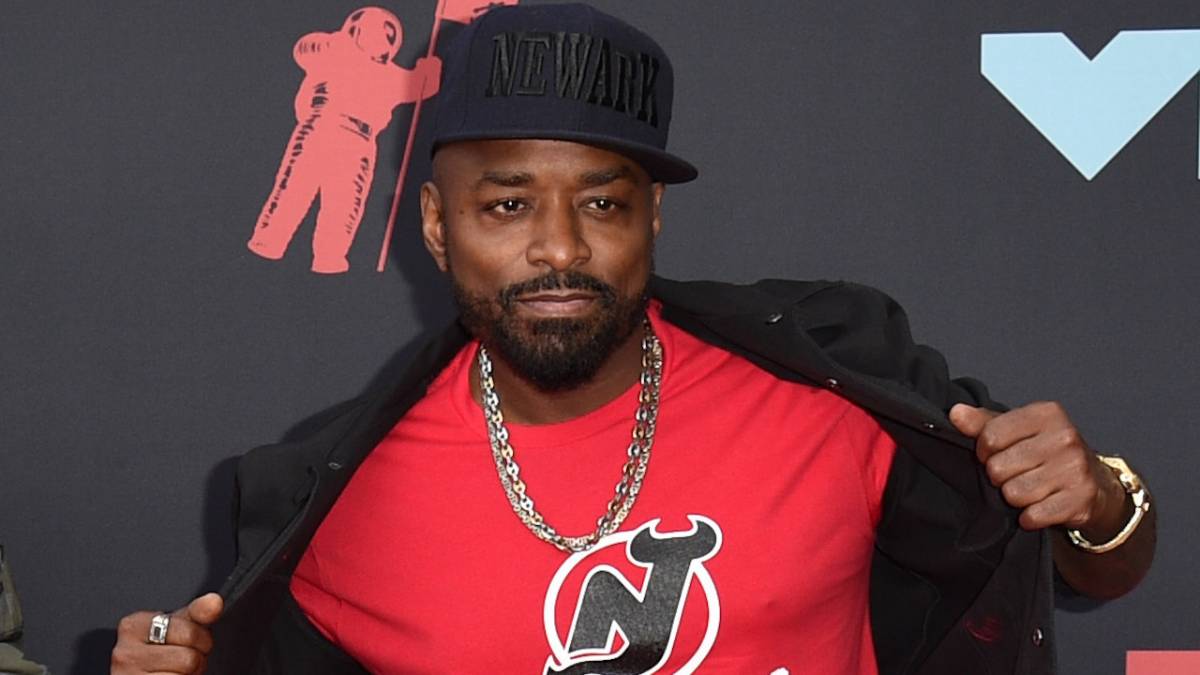 Dupre Kelly, aka Doitall of the seminal Newark, NJ rap collective Lords of the Underground, made history this year when he became the first platinum-selling rap artist to be elected to office in the United States of America.

For Hip Hop denizens of generations past, the Lords of the Underground were once considered quintessential Hip Hop. Comprised of Dupre, his partner Al’Terik “Mr. Funke” Wardrick and their DJ, Bruce A. “DJ Lord Jazz” Colston, LOTUG released their debut album, Here Come The Lords, in 1993 on Elektra Records.

With production from the legendary Marley Marl and K-Def, their hits like “Chief Rocka” and “Here Come the Lords” helped earn the group a platinum plaque and still knock harder than a Mike Tyson uppercut.

Once upon a time, rap groups were simply dedicated to creating a sound that was reflective of the community and paid homage to the people. Now these same artists are taking it a step further to represent their people in the realm of politics.

While many artists like Scarface, Killer Mike, 2 Live Crew’s Uncle Luke and Rhymefest have campaigned for various political offices in the United States, and Shyne was elected to the House of Representatives in Belize, Dupre holds the unique distinction of being the first platinum-selling artist to hold office in the United States.

HipHopDX spoke with Doitall just days after he was announced as the new City Councilman for Newark’s West Ward.  The city council seat was earned by a margin of 58.6% to 41.1% over opponent Chigozie Onyema, and here he discusses his path to success and what this means for his music career.

HipHopDX:  When did you realize that you were going to change the course of your life and maybe do something outside of music?

Doitall: Initially, I thought that I was going to be doing [rap] forever. I just had to realize that, even after the popularity of Lords of the Underground started to die out, and I went to college and all that, that it’s hard to fall back on a 9-to-5 or anything that has a structure to it or locked in a space for a lot of hours.

Myself and Funke Child use to always joke, “We can’t be reportin’ into Mr. Shawinky Winks.” It’s just a different capacity. I literally just had someone in my office talking about consulting work compared to 9-to-5 work, and it’s just a different thing.

When I thought about, “What will I do?” Of course, I had my own plans, but the universe and God always had bigger plans. I thought, when the popularity of Lords of the Underground started to die down, “What would be my transition?” And those are the things that really happen in your life. Those are the things that really mesh with you in that moment.

HipHopDX: Was there an exact moment when this realization came about?

The people of my community are asking me to be a voice for them. ‘Cause I was already doing things in the community, like feeding families, housing families, and bringing food to food deserts. With those types of things, I was already being a voice for the people. So, the natural transition was the people saying, “Yo, you should run for office, man!” And that’s what happened. Because I have receipts of doing the work anyway, it was an easy transition.

HipHopDX: It’s one thing to be a community organizer or activist and being involved, but another being a politician. When did you decide what Doitall the Politician was going to look like?

One thing that I can say is different, when you campaign, you’re campaigning as a candidate and you do things that candidates do.  You’re lobbying for people’s votes. When you actually win, now you have to govern. Governance and campaigning are two totally different things.

That’s where the politician kicks in. I am in charge of creating, reviewing and activating current legislation. But, in my neighborhood, people don’t wanna hear that. They don’t want a so-called politician that’s behind the desk. They want somebody who’s out in the neighborhood. They want somebody that’s in front of their face. That’s where the public service comes in.

I guess that’s the answer right there. A politician deals with laws and governance of whatever jurisdiction that you’re in. But that public servant is out amongst the people. If you can balance both of them, you can be a great politician. You’ll do well in government.

HipHopDX: What platform did you run on prior to the election and what are some of the steps that you’re taking to follow through on some of your earlier campaign promises.

Doitall: My platform was revitalization of my community. Newark has five wards. I am from the West Ward of Newark. I am from the same place that Redman is from, Rah Digga is from, Queen Latifah is from, the Artifacts, some members of the Outsidaz.

This is my second day in office. I have already said my current legislation so the administration’s office will be reviewed. The next step, I try to get one of the other council members to sponsor it. Then it needs to be sent over to the law office to be polished up to make sure everything is grammatically and legally correct.

Then we put it out there and make it happen. Then it gets voted on by the city council and it becomes law, or not.

HipHopDX: During the pandemic, there was a news report stating that the Newark Police Department hadn’t fired a shot for an entire year. Do you think this has anything to do with Black people in top positions of power in Newark and making decisions that directly affect the people?

Doitall: The way that the people who run your city behave trickles down from its leadership.  We have, I believe, one of the best mayors in the entire nation in Mayor Ras. J. Baraka.

We haven’t always had Black leadership. Just eight years ago our leadership was not Black. Now we have Black and brown leadership who come from Newark. When you come from where some of us come from, you get a different understanding of what they need. 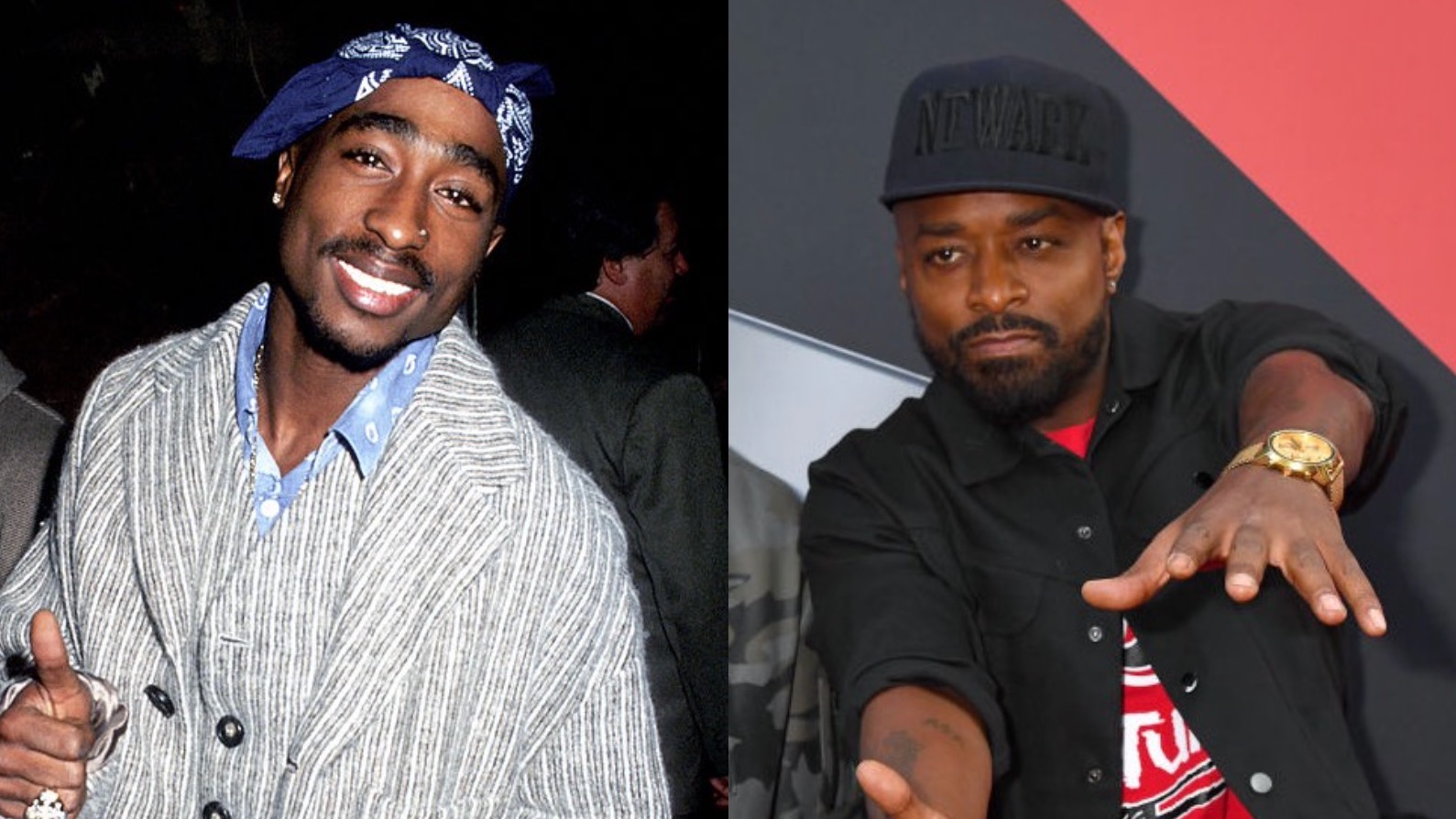 HipHopDX: Newark, New Jersey is unique in that the Blackness throughout its top leadership is very apparent. Are you prepared to be flexible and pivot for the eventualities that come with being a young, newly elected city councilman?

One thing that I realize is that when you are doing those community engagements, clothing drives, and that community work, it almost seems like a band-aid. You’re doing things like feeding the homeless, clothing drives for people in need, having to handle things that are just for now or for the time being. To help people bridge the gap.

But governance and political power is what fosters real change.  You gotta ask yourself, “Am I in it for systemic change? Am I in it for sustainable change?” That’s what I ask myself. The answer I came up with was yes, but in order to do that effectively you need some type of political power, and you need a voice in a seat of political power. We didn’t have somebody come from the Hip Hop culture, directly immersed in the culture, in any political seat, anywhere in the country.

We just got Shyne on the international level, but I am the first platinum-selling Hip Hop artist to ever hold an elected seat in the United States of America. Now what I’m telling my people out there is to utilize us, utilize me. Use Newark, New Jersey as a blueprint, a template as to what to do in your city or what to do in your state.

Bring that information and skill set to Newark, NJ so we can do it here. Take what you learn here back to your city and state, and do the same thing there! One thing about it is you never know what’s going to happen. Nobody is all knowing. Nobody can be ready for everything. But you have to be in line with the people.

So, when things occur that you’re not sure you can fix, then you can answer it with common sense. You can answer with receipts from the work that you’ve already done. Sometimes, the work you’re doing now is preparing you for tomorrow.