21 Savage has been honing his skills on the golf course recently, and he’s even been given a nickname inspired by one of the sport’s greats.

On Wednesday (August 10), footage of the Savage Mode rapper circulated online, showing him getting a game in. In one of the clips, someone from 21 Savage’s crew blesses him with a new nickname as he walks with his golf club and camera crew. “Tiger Hood man, PGA shorty,” the person says off-camera.

In another video, 21 shows off his golf swing that’s nowhere near what the actual Tiger Woods can do, but he still manages to hit the ball right on target.

Last year, Savage played a game of Top Golf where he showed off his unorthodox swing that packs a lot of punch.

21 Savage dubbed "Tiger Hood" as he shows off his golf skills?️‍♂️

21 Savage isn’t the only rapper that likes the game of golf. Rick Ross called himself “Roazay Woods” last year during a game with Dwayne Wade.

ScHoolBoy Q is also an avid fan of the sport. Nike even tapped him to star in a commercial detailing Tiger Woods’ journey to the mountaintop.

During the 2022 AT&T Pebble Beach Pro-Am, Q explained how the game changed his life. “Coming from where I come from, the life that I had, I never thought about playing golf,” he said. “I got into it, and it changed my mental, it let me learn myself as a person. 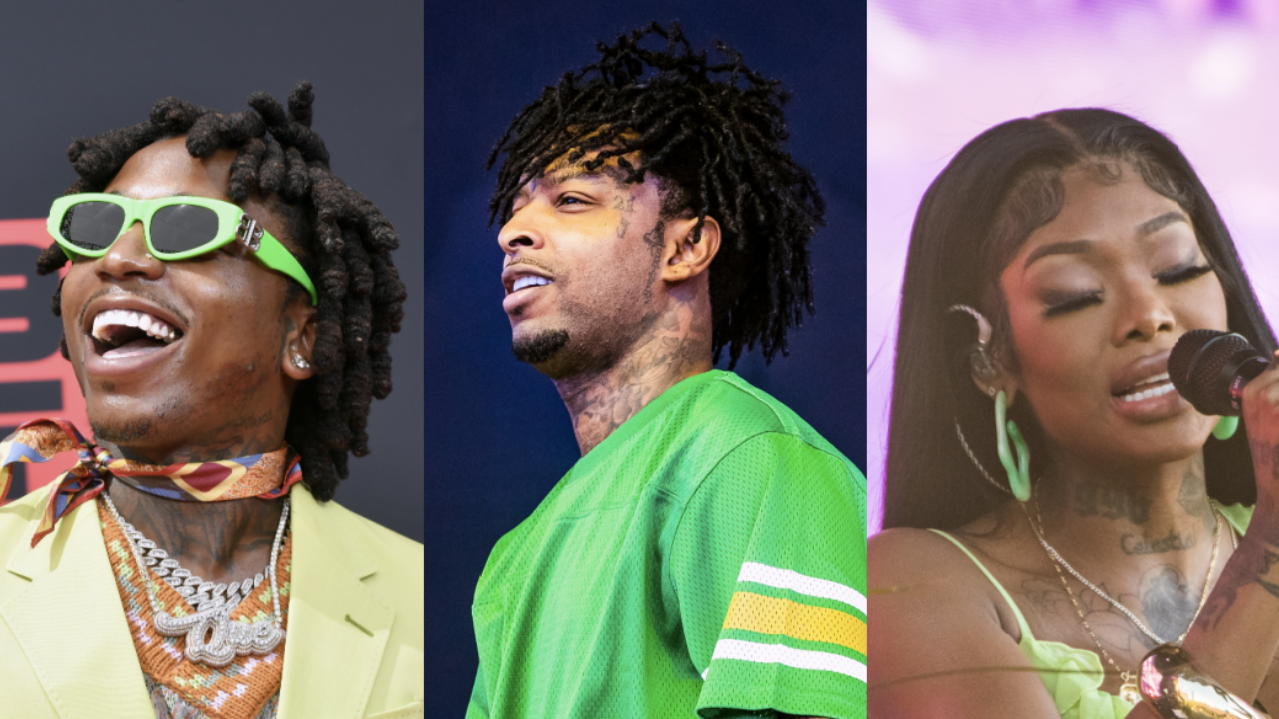 In other 21 Savage news, the rapper recently had to address someone on Twitter who questioned one of his tweets that called for people to put their guns down in solidarity. The fan used a gif of someone looking confused and captioned it with lyrics from his Billboard chart-topping Drake collaboration “Jimmy Cooks.”

“Spin the block twice like there ain’t nowhere to park,” they wrote, to which 21 Savage replied: “A Song Is For Entertainment It’s Not An Instruction Manual On How To Live Life In Real Life I Give Away A Lot Of Money And Spread Financial Literacy To My Community Stop Trying To Make Me 1-Dimensional.”