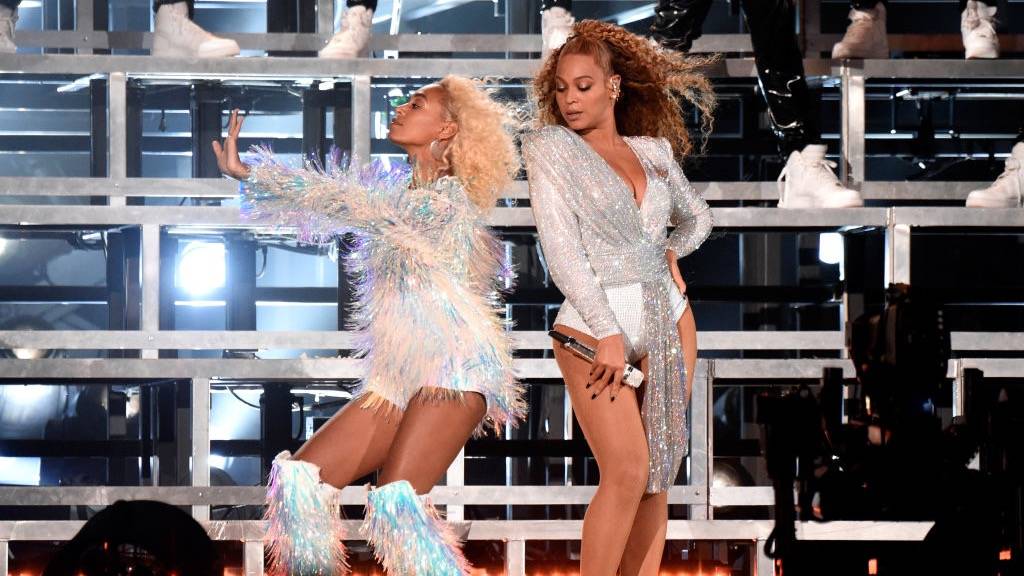 Beyoncé and Solange’s father and former manager Mathew Knowles has offered up a few of the tips he gave to his superstar daughters during their formative years.

On Thursday (July 14), the 70-year-old ‘dad-ager’ randomly took to Twitter to impart some wisdom on how he prepared Bey and Solange for some of the hiccups that can come up during live performance.

“One thing I taught Beyoncé and Solange was to practice failure,” he tweeted. “We would practice how they’d respond if their microphone got cut off, if their shoes broke on stage, if the wrong song got queued in their performance set. Anything can happen…”

In a second tweet, he added: “..and they were always prepared to have a response! I would like for you to consider the same lesson. Whether you’re a performer or artist, or an entrepreneur or professional, practice how you’ll respond in the event you fail.

“It’s a skill that can and should be developed!” he concluded.

…and they were always prepared to have a response! I would like for you to consider the same lesson. Whether you’re a performer or artist, or an entrepreneur or professional, practice how you’ll respond in the event you fail.

It’s a skill that can and should be developed!

Regardless of the fact that both Beyoncé and Solange are two of music’s most seasoned performers, they’ve faced a few onstage blunders throughout their career — but they’ve managed to style them out, perhaps thanks to the teachings of their father.

While performing alongside her husband JAY-Z in Warsaw, Poland as part of their On The Run II tour in 2018, Beyoncé found herself stranded in mid-air as the elevated stage she was performing on malfunctioned. As she awaited crew members to come and help her, Bey hyped up fans by dancing on the floating platform.

At a show in Montreal in 2013, the Beyoncé infamously got her hair stuck in a fan while singing “Halo”. She continued to sing the song while security helped to pull her tresses out of the fan.

During her Homecoming performance for Coachella 2018, Beyoncé was joined by Solange for a performance of “Get Me Bodied.” At the end, Bey hugged her sister and attempted to pick up, causing them to fall down on stage. The pair laughed it off and kicked their feet in the air before getting back up.

You can see some of the aforementioned stage mishaps below:

In other Beyoncé news, the “Halo” singer has finally made her grand arrival on TikTok, and she did so with a little help from Cardi B.

After joining the social media platform last December, Queen Bey posted her first TikTok on Thursday (July 14), sharing a compilation of fans dancing and voguing to her latest single “Break My Soul.”

The 62-second montage includes a cameo Cardi, who emphatically sings along to the lyrics “in case you forgot how we act outside!”

As for Solange, her 17-year-old son, Daniel Julez Smith, has been getting dragged online after posting a video to TikTok  of him testing out his mic skills.

The clip shows the teenager sitting in a studio with sunglasses on as a song he seemingly just recorded plays in the background. He namedrops Future, London and Greece while rapping over a U.K. drill-sounding beat.

It didn’t take long for people to leave their opinion on the video, and it probably wasn’t the response Julez was expecting. Fans were not feeling the song whatsoever and were left disappointed, especially since Julez is the son of an acclaimed singer and nephew to JAY-Z and Beyoncé.