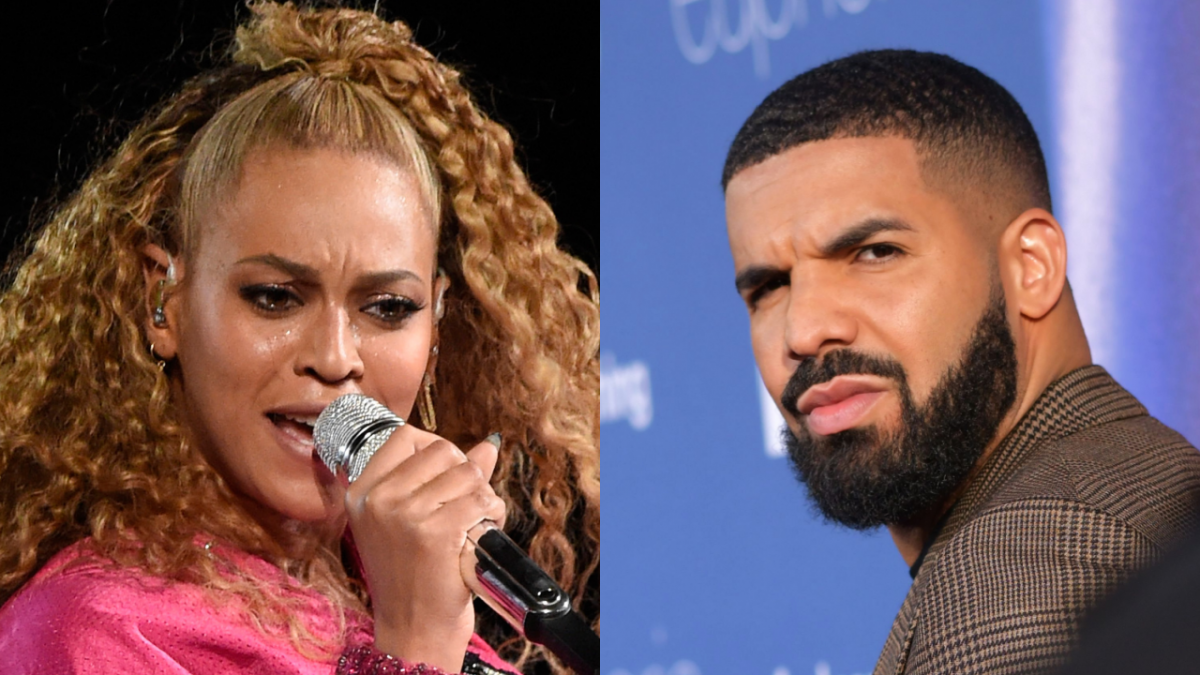 Beyoncé returned with her new single “Break My Soul” on Tuesday (June 21), serving up the first sample of her seventh studio album Renaissance ahead of its July 29 release. Sampling Big Freedia’s “Explode” and Robin S.’ “Show Me Love,” the Tricky Stewart and The-Dream-produced track is a dancefloor-ready anthem fit to soundtrack a post-pandemic summer.

While Mrs. Carter has a habit of breaking the internet with new music, this one is a little different. “Break My Soul” is interesting not only because of its heavy house influence — a new direction for Queen Bey — but because it arrives just days after Drake detoured into dance music on his Honestly, Nevermind album.

Such is the nature of social media, the timing of Beyoncé and Drake’s respective releases became a hot topic on Twitter on Tuesday as fans reacted to their similar sonic shifts and debated whose deep grooves are better.

The 6 God’s supporters weren’t going to let Queen Bey steal his thunder so easily, though, especially after the criticism that Honestly, Nevermind has received. “Y’all trashed drakes album but Beyoncé put out the same music and now y’all loving it huh?” one fan wrote.

Some listeners even suggested Drake preemptively dropped his album by surprise on June 17 to avoid being overshadowed by Beyoncé’s rollout. “Drake definitely got wind of Beyoncé dropping and decided to get his shit off early so he can say he was first, by the way,” one tweet read.

Drake definitely got wind of Beyoncé dropping and decided to get his shit off early so he can say he was first, by the way.

Others were happy to simply sit back and enjoy Drake and Beyoncé’s club-inspired offerings, especially in the wake of global lockdowns. “Whether you like all of it or not, Beyoncé and Drake are tryna help us escape from this dark music era. I’m enjoying it,” one fan wrote.

Whether you like all of it or not, Beyoncé and Drake are tryna help us escape from this dark music era. I’m enjoying it.

While Honestly, Nevermind and “Break My Soul” represent a new sound for their creators, Drake and Beyoncé’s decision to lean into house music appears to have been driven by the sense that spirits need uplifting after the COVID-19 pandemic, while highlighting the genre’s Black and LGBTQ roots.

“With all the isolation and injustice over the past year, I think we are all ready to escape, travel, love, and laugh again,” Bey said in an interview with Harper’s Bazaar last August. “I feel a renaissance emerging, and I want to be part of nurturing that escape in any way possible.”

Drake — who has previously mined other historically Black genres like dancehall and grime — told fans, “It’s all good if you don’t get it yet. That’s what we do. We wait for you to catch up” at his album release party last week.

Check out more reactions to Beyoncé and Drake‘s house revival below.

Beyoncé did what Drake wanted to do ?

Now that @beyonce just dropped her new single watch how folks give the new @Drake album another listen. It’s culture a shift house music ,soulful house & dance ?? ?? is the wave now hate it or love. ??

Beyoncé and Drake uniting to lead the house music agenda was not on my 2022 bingo card but we've received our orders! To the dance floor! pic.twitter.com/XG9eNPjA4L