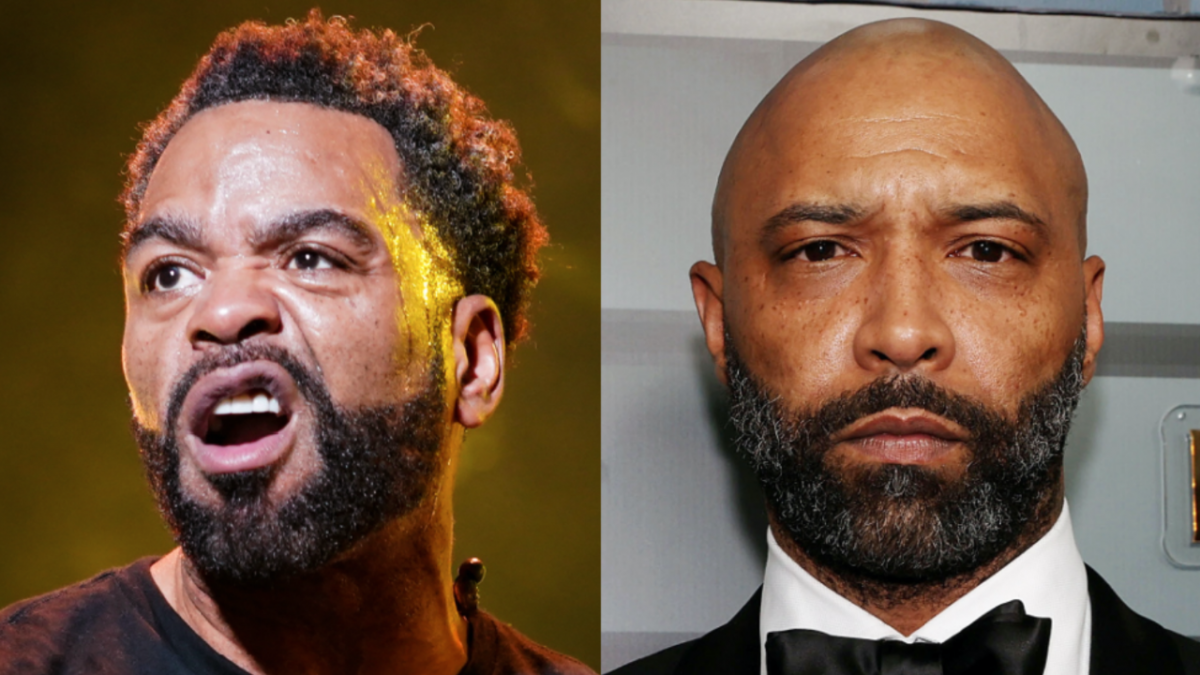 Method Man and Joe Budden’s beef went from verbal to physical in 2009 when hands were thrown by a member of Raekwon’s crew in San Bernardino, California. The beef stemmed from Budden questioning Method Man’s ranking in Vibe’s best rappers of all time list, but according to the Wu-Tang Clan MC, the altercation could have easily been avoided.

During a recent interview with Math Hoffa, Method Man explained how he ran into Joe Budden with plans to “snuff” him, but what Budden said during their conversation made him have a change of heart.

“So he’s trying to say something in my ear,” he explained. “I heard a couple of words but then I see this white boy filming on his camera. So now my focus is there, I don’t even hear what Joe’s saying. I go to snatch the shit out his hand. Now I know the wolves are hungry ’cause they start pounding on a n-gga – ‘Stop, stop, what y’all doing? We’re in Long Island.'”

He continued, “Me and Joe, after that whole shit happened, ’cause they disappeared. Smart. Good. You should. I would have done the same shit. I go to walk back toward the van like, ‘Joe, I wanna talk to you. Where you at? Okay, I’ll go over here.’ We walk over there, we go behind the van. Now Joe, you don’t know this, but the whole time you were talking, I was gonna snuff you.

“But the reason why I didn’t, in that moment, was ’cause you said some real shit. Now, I don’t know exactly what it was word for word and shit, but it was definitely something that made me think in that moment, ‘Joe’s a very smart muthafucka. Chess, not chequers.'”

Method Man speaks on an encounter he had with Joe Budden on Math Hoffa’s podcast pic.twitter.com/IXvDhhxvhH

However, Method Man claims Joe Budden didn’t take anything from the conversation and continued to talk down on Wu-Tang Clan.

“It got to a point where I’m talking to him like, ‘You a talented muthafucka. You don’t need to go this route with all that dumb shit. But I’m telling you, after this moment, if there’s any more bullshit, my hands are tied,'” he said. “I don’t know if he acknowledged that shit now that I think about it. I don’t think he did, because later on that day, he did some kind of interview or some shit like that, or some freestyle or something. He named [Inspectah] Deck and he named Rae.”

Joe Budden was then hit by someone in Raekwon’s camp at Rock the Bells in 2009. Method Man wasn’t there, but he recalled the situation from what he heard.

“That’s when that shit happened where they were in Cali, I believe,” he said. “I wasn’t there, but from word of mouth, they walked in their dressing room which wasn’t locked, and somebody got smacked in the muthafucking face. He didn’t get punched, he got smacked.

“But the n-gga that hit him’s hands were so muthafucking big and shit. He do this. He put hands on n-ggas and shit. It looked worse than what it actually was and shit. He just got smacked but that was pretty much it. If anything, he had already gotten a warning shot when I told him, ‘Look, my n-gga, just chill out, stop it, just stop that. You a talented muthafucka, you don’t need to go that route. Just kill ’em with rhymes.'”

He added, “I think he came from that environment where that’s what n-ggas did, but it was never taken to a point where somebody put hands on somebody. You know how n-ggas talk amongst each other and shit – ‘Fuck you, bitch ass n-gga.’ In a different kind of setting though, fighting words, period. Joe, like I said, he’s just a smart muthafucka and that shit could have been so avoided, ’cause I spoke to him, me and him spoke. He knows this shit.”