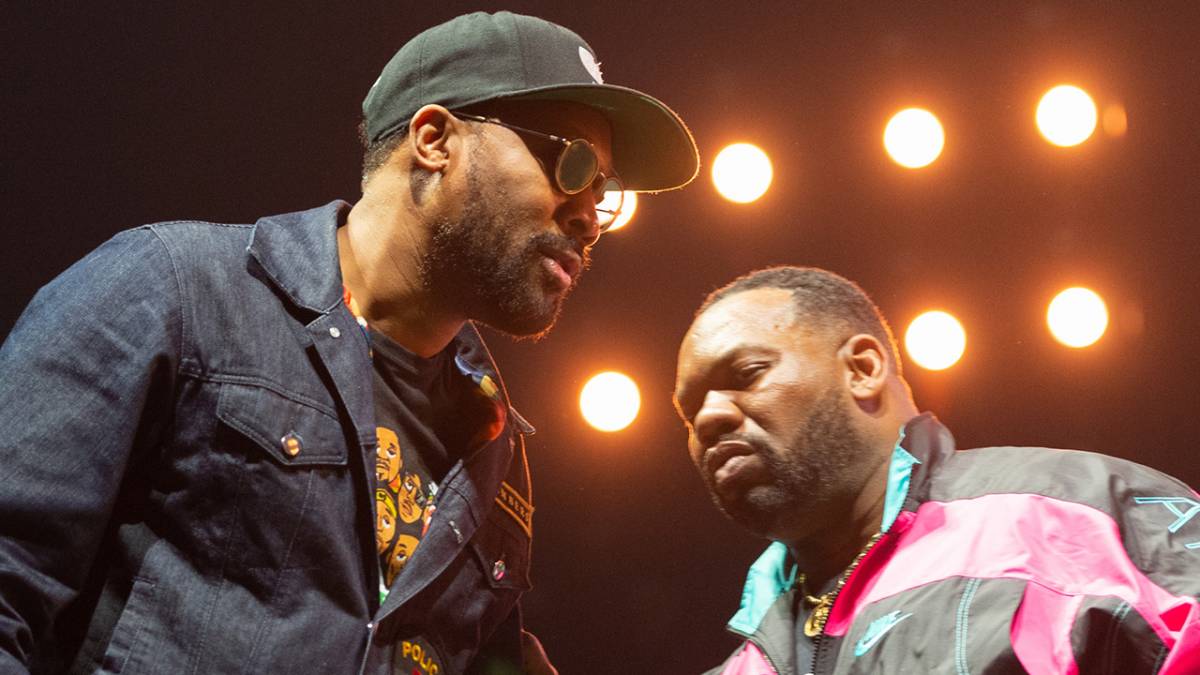 The Wu-Tang Clan was ahead of its time from a fashion standpoint as they set numerous trends in the ’90s with their baggy style and left an indelible mark on Hip Hop clothing.

For the Staten Island dignitaries’ latest venture, the Wu is teaming up with Crocs for their own limited-edition clogs. The complete set includes a black clog, yellow clog and slides decked out with various Wu-Tang-related logos.

“Shaolin style is comin’ at ya. Wu-Tang Clan and Crocs are making moves. Get early access exclusively on the app,” Crocs wrote on Twitter earlier this week.

👐 Shaolin style is comin’ at ya. Wu-Tang Clan and Crocs are making moves. Get early access exclusively on the app.​ https://t.co/kvcgi7YMQx pic.twitter.com/SUJNqcgqL3

The yellow clog comes in kids’ sizes and with a five-pack of “Jibbitz” charms to uniquely style the footwear how consumers see fit. Those signed up for the Crocs app will have early access to the Wu kicks, but the price is not yet known.

The Wu-Tang Clan hasn’t been shy about aligning its lucrative brand with other companies over the years for an array of partnerships. In April, the Wu entered the video game space by teaming up with Fortnite for a merchandise drop.

Put your hands up cause @WuTangClan is bringing a style revolution to Fortnite on April 23 at 8 PM ET.

On the music side, their coveted 1997 double album, Wu-Tang Forever, celebrated its 25th anniversary on June 3.

To commemorate the seminal project, the Wu reissued an anniversary collection that includes the original album, a lyric booklet, a silver-colored 7-inch single of “Triumph” in a picture sleeve and a reissue of the double cassette in a slipcase.

The Wu-Tang Clan is stronger than ever 25 years later. Pre order your copy of the classic album on wax today at https://t.co/bq2PCoG6F1 #wutang #hiphop #25thanniversary #wutangforeverhttps://t.co/El2jBTcNZR pic.twitter.com/0tahQLm8aY