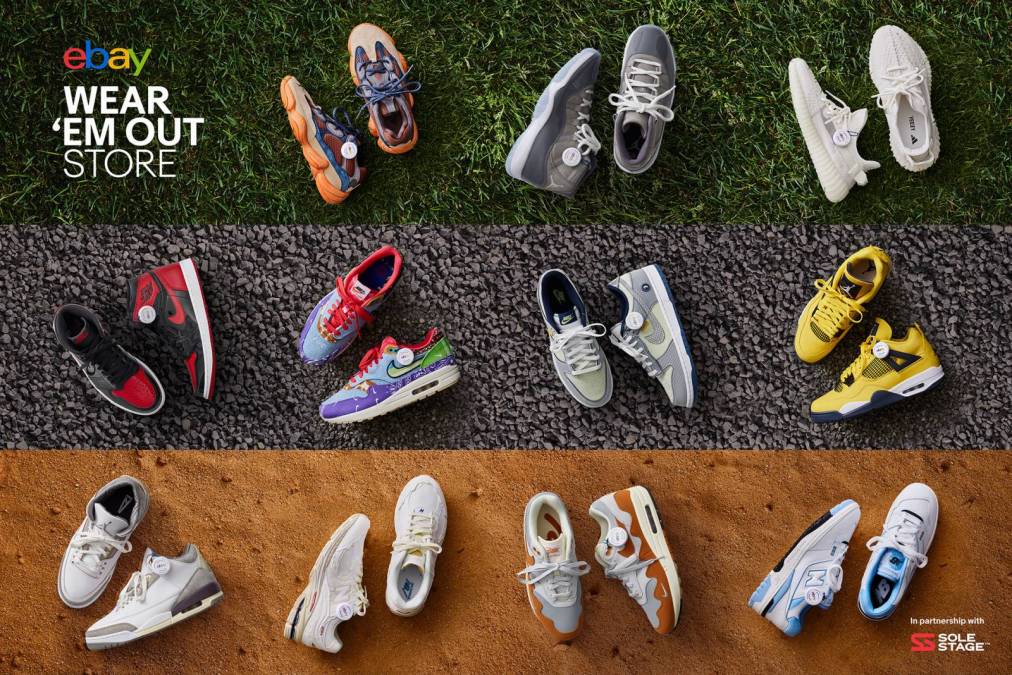 In an Instagram post on Tuesday (May 24), eBay Sneakers, in partnership with Solestage, announced their one-of-a-kind Wear ‘Em Out Store pop-up, which is set to descend on Fairfax avenue on May 27 and run through May 29.

eBay Sneakers has also partnered with the Father Of Four rapper for the exclusive installation that will offer an array of collectible kicks, such as Kanye West’s Yeezy Boost 700 Wave Runner and the Jordan 1 Retro High OG Patent Bred. Attendees of the exclusive event who agree to lace their grails up post-purchase will have the opportunity to access markdowns of up to 70 percent off.

During an interview with HipHopDX at Sneakercon L.A. in Anaheim on May 21, eBay Sneakers’ general manager, Garry Thaniel, explained how the initiative was coined with the intent to bring a sense of innocence along with utilitarian elements back to sneaker culture.

“I’m somebody that has been wearing sneakers my whole life,” he said. “Big sneakerhead got my first job just so I can get some kicks back when I was 16. I know the feeling when rocking that first pair kicks, when you first put ’em on and you just like, look at yourself in the mirror and the fit is right. And that’s what we want to help people see and get that feeling of.”

Garry Thaniel went on to explain how Offset was the ideal candidate to partner with due to his status as one of the most active sneakerheads in Hip Hop today.

“When you are looking for somebody to partner with, you wanted to be as authentic as possible, and Offset is somebody that not only has an amazing collection but rocks his amazing collection,” he said. “I think people have seen his collection on videos and stuff like that, but he’s not somebody that’s like, ‘Hey, I ain’t wearing these. I’m waiting for the right moment,’ or anything like that. Offset, gets heat and rocks heat. And that is so cool.”

Earlier this year, Offset set a precedent for both himself and the collectors in the rap game at-large by declaring his status as a pioneer in the art of rocking exclusive Nike and Jordan sneaker drops amid an influx of designer shoe releases.

“Trend setter !!u niggas wasn’t wearing Jordan n Nike just one year ago it was all about designer,” he tweeted back in February. “Not for the regular ppl.” 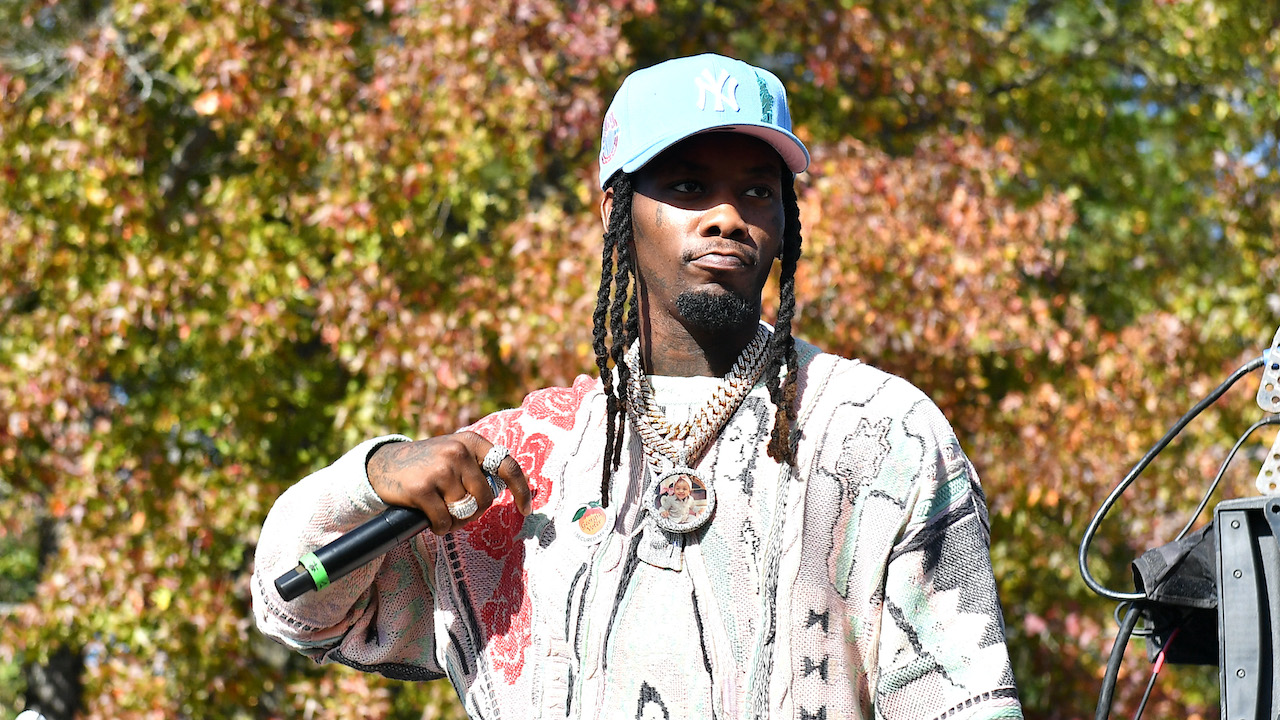 Given his commitment to putting his elite stash to use, Offset also expressed his excitement to be affiliated with the campaign in an exclusive press statement from eBay Sneakers on May 20.

“eBay is my go-to place to find the kicks you can’t find anywhere else,” he said. “For sneaker collectors like me who lay awake at night trying to decide if you’re going to wear your new kicks, eBay’s Wear ‘Em Out Store makes light of something that haunts the entire sneaker community and gives people a new way to access the shoes they want for summer.”

Last year, Offset proved his purist pedigree as a collector on multiple occasions, including when his spouse, Cardi B also confirmed his sprawling collection of kicks is well over 3,000 pairs deep.

The “Ric Flair Drip” rapper was also spotted showing off a one-of-one yellow colorway of Travis Scott’s Air Jordan 6’s — revealing he procured them directly off of the feet of La Flame backstage at November 2019’s Astroworld Festival in Houston during his Sneaker Stories interview with Complex and Joey La Puma.