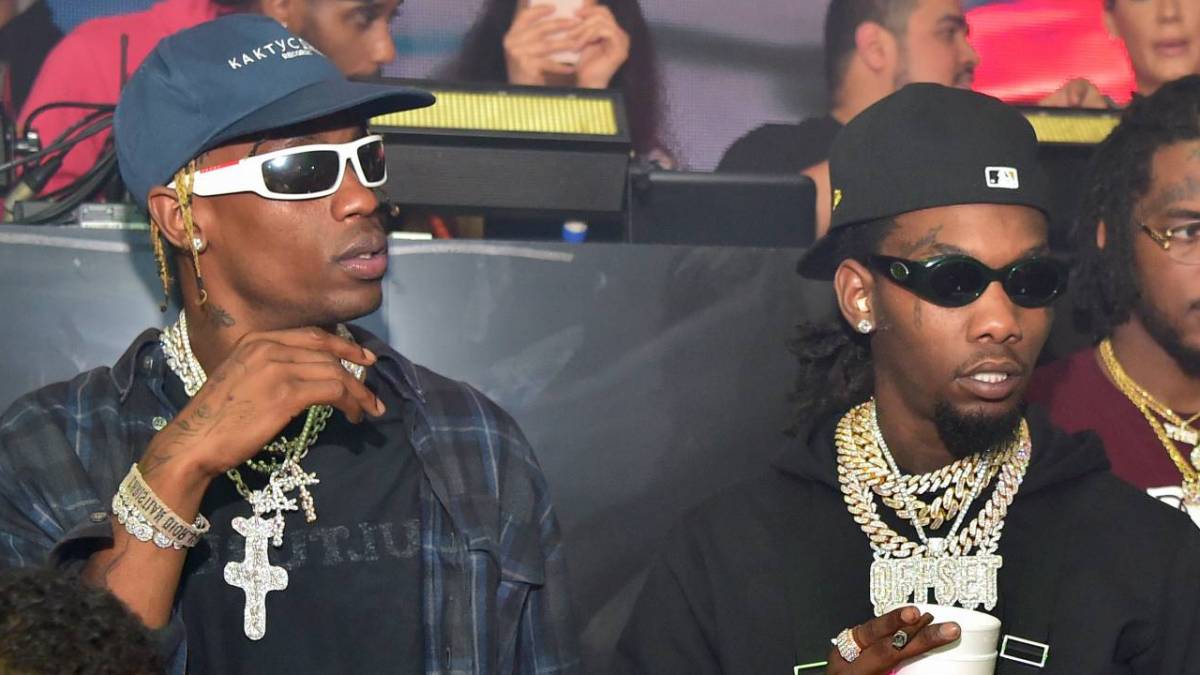 Offset has one of the rarest sneaker collections in the world and he isn’t afraid to flex his grails on Instagram for fans to fiend over. The Migos rapper sat down with Complex‘s Joe La Puma on Monday (February 22) to show off some of his rarest kicks.

After telling the story of how his mom bought him his first pair of hightop Cardinal Jordan 7’s as an infant because she didn’t want him to break his ankles since he was born bowlegged, Offset pulled out the one of one yellow Travis Scott Air Jordan 6’s.

Offset recalled the wild story of seeing La Flame rocking the mustard-colored kicks backstage at November 2019’s Astroworld Festival in Houston and Scott gave the only pair in the world to Set right off his feet since he knew they wore the same size.

“I told him at Astroworld, ‘Ay come on with them 6’s. Let me get them,'” Offset said. “He didn’t even wear them on stage, though. I saw him walking around and said, ‘Come on with those 6’s though!’ He gave them right to me. We wear the same size. He told me they’re the only pair and I’ve never seen nobody else with them.”

Scott was also making headlines on Monday with the announcement of his CACTI hard seltzer officially hitting shelves on March 15.

The “SICKO MODE” rapper posted footage during a recent trip to the brewery headquarters to see the process of his tasty drink being made. CACTI comes in three flavors including lime, strawberry and pineapple.

CACTI was just a branch of Scott’s astronomical 2020 where he became the biggest brand in Hip Hop. Amid the pandemic which hurt artists’ incomes, Scott improvised to earn landmark partnerships with McDonald’s, PlayStation, Mattel and launch his own fragrance. For 2020 alone, Forbes estimates La Flame pulled in more than $100 million through the corporate deals branded merchandise.