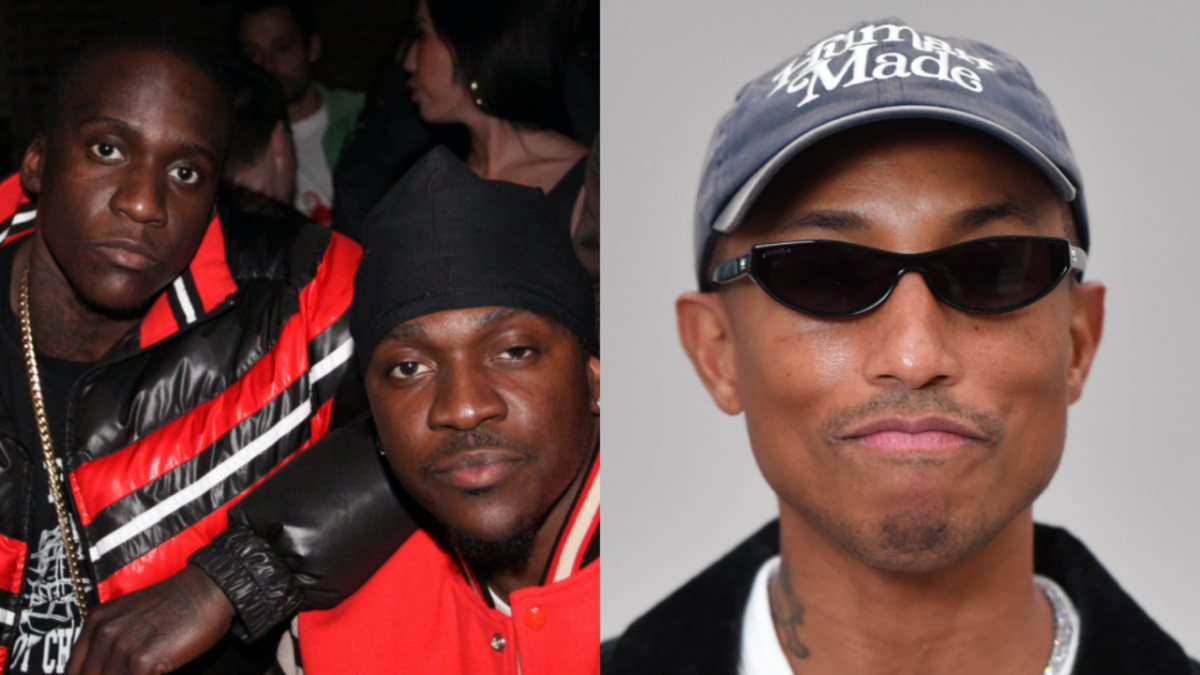 Clipse are back with a rare appearance on Nigo’s new album I Know NIGO!, which was released on Friday (March 25). Brothers Pusha T and No Malice both spit verses on “Punch Bowl,” with production handled by longtime collaborators, The Neptunes.

“Shed nightmares of feds rushin’ in,” Pusha T says on the Pharrell and Chad Hugo-produced song. “Shared my world, they couldn’t touch a sin/I got it and lost it and got rich again/While y’all signed papers and handed pictures in/Taught you to fish to become fisherman/I ain’t washed this money for you to risk again.”

No Malice later raps, “My entire life’s been blessed beyond measure/If this marks the end of an era, it’s been a pleasure/The wings still weighs under Carreras/The dream’s still king like it’s Coretta.”

The Neptunes produced Clipse’s 2002 album Lord Willin’ and 2006 album Hell Hath No Fury, along with most of 2009’s Til the Casket Drops. All three albums were released on their Star Trak label.

Clipse last appeared on Kanye West’s 2019 album Jesus Is King on the song “Use This Gospel,” also featuring Kenny G. However, Pusha shot down hopes of a new Clipse album in January 2020.

As for Nigo’s project, Pusha T also features on another song called “Hear My Clearly.” Following its release, Pusha revealed Pharrell’s thoughts on the song led to him producing the first half of his new album, with Kanye set to produce the second half.

“Fun Fact: @pharrell heard this song and told me ‘it’s cool, but I don’t want you to be a mixtape rapper for the rest of your life,’” he explained. “I was devastated. He then flew me to Miami and proceeded to produce the first half of the best album of the year. Moral of the story…always ‘push’ your friends to be greater, even when they’re the greatest.”

“I love you Dad…you taught me to remain poised, to always be calculated, to be prideful, and to respect hustle and hard work but to know the difference between the two,” Pusha T wrote at the time. “I am who I am because of you and I’ve always been proud to be your son. We are all gonna miss you… R.I.P. Gene Elliott Thornton Sr. P.S. We all know what this is abt, kiss my mom for me.”