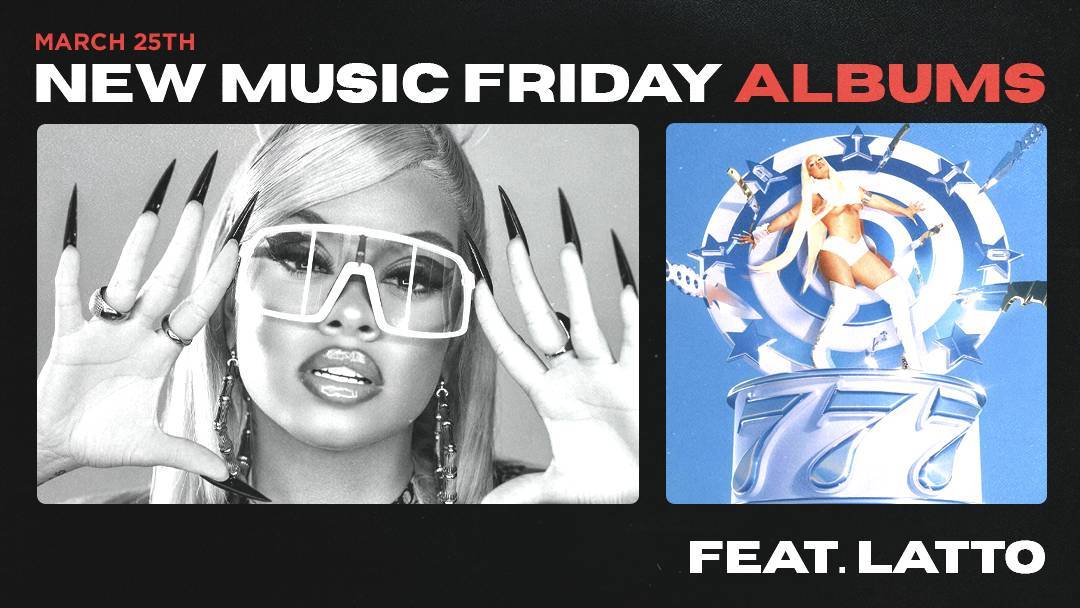 March is closing out with a bang. Each and every week HipHopDX brings you the best albums from the world of Hip Hop and R&B, but this end-of-March round-up is particularly special.

To start, Denzel Curry delivers his first full-length album in nearly two years with Melt My Eyez, See Your Future, an album loaded with star power from top to bottom. From there we take a look at Latto’s highly anticipated album 777 and Nigo’s I Know NIGO.

Keep reading for this week’s edition of New Music Friday.

Denzel Curry may not always find himself in the heart of Hip Hop’s spotlight, but looking back over the past decade, it’s difficult to think of an artist with more consistent output that the Florida spitter. A follow-up to UNLOCKED, his 2020 collaborative project with Kenny Beats, Melt My Eyez See Your Future explores the same punchy rapping style as his previous work, but with a more intimate approach.

Boasting features from T-Pain, JID, Thundercat and more, MMESYF is as star-studded as can be, but that doesn’t mean Curry isn’t the center of the show. It’s his introspective vision and thunderous raps which hold the project together and make it one of the week’s best offerings.

Atlanta rapper Latto has come a long way since 2019 breakout track “Bitch From Da Souf.” She’s dropped her own version of SpottemGottem’s “Beat Box,” worked with the likes of 21 Savage and Doja Cat and has racked up millions of streams in the process.

777, her highly anticipated follow-up to 2020’s Queen of Da Souf has finally arrived and fans are thrilled. Features range from Lil Durk to Kodak Black. The growth Latto has demonstrated is impressive and 777 hints at the stardom she could soon find.

Part of the Teriyaki Boyz and the founder of BAPE, Nigo has been respected in Hip Hop and streetwear for decades. But after a long hiatus from music, he’s finally returning with the help of music executive Steven Victor with I Know NIGO!. The multi-hyphenate’s latest is in large part influenced by the features. A-listers are present in large quantities on I Know NIGO!, from A$AP Rocky and Pusha T to Pharrell and Gunna.

With influences from distinct genres, such as boom-bap and SoundCloud rap alike, I Know NIGO! is an adventurous and bold project from one of the industry’s most fascinating characters.

The smooth raps of Buddy first found a massive audience through songs such as “Shine” from 2017 and the following year’s “Black” with A$AP Ferg. In 2018 the rapper released Harlan & Alondra, which placed the Compton artist alongside Guapdad 4000, Ty Dolla $ign, Snoop Dogg and more, helping to cement his status as a prominent burgeoning artist.

Superghetto, Buddy’s latest release, demonstrates the maturity he’s developed over the years since his career began. Highlights of the project include the T-Pain-assisted “Happy Hour” and “Wait Too Long” with fellow Los Angeles artist Blxst, but the entire project is worthy of attention.

Key Glock is a living example of using music to heal the pain from tragedy. Though no amount of rap could fully alleviate the grief from losing his cousin and frequent Hip Hop partner Young Dolph, Glock’s been showing nothing but strength through the hardship. Yellow Tape 2, first released in November of 2021, has just received the Deluxe treatment, adding a slate of new singles to pick through over the weekend.

Among the new songs are the excellent already-released “Play For Keeps” (first released as a single) and “Pain Killers,” but be sure to spend some time with the entire tracklist.

Singer Kilo Kish has been at the helm of the pop/R&B crossover for years through projects such as Across and Reflections in Real Time, but after releasing the latter in 2016, the Florida-born artist largely abstained from music aside from a handful of singles throughout the years. Her fans were therefore thrilled to hear about the release of AMERICAN GURL.

Luckily for those who waited, Kilo Kish’s latest is a landmark achievement for the singer. Across fourteen tracks Kilo Kish unveils features from Vince Staples to Miguel, telling confident stories of love and heartbreak.

Accounting for one-third of the iconic Lootpack rap group, Wildchild’s new album Omowale has just arrived. Political and ambitious without being didactic, Omowale is a testament to how sharp the California MC’s chops still are two decades after his emergence on the scene.

Spanning 15-songs, Omowale also includes features from legendary rappers such as Big Daddy Kane, Ras Kass and De La Soul’s Posdnuos and production from the likes of Madlib and Mr. Brady. A masterclass in classic Hip Hop, Wildchild’s latest is not to be missed.