Japanese streetwear icon NIGO — best known for founding BAPE — is set to release his star-studded new compilation album I Know NIGO on Friday (March 25). But before then, he’s unleashed one final track featuring the dynamic duo of Tyler, The Creator and Pharrell Williams.

Titled “Come On, Let’s Go,” the brief yet bruising record finds Tyler picking up where his 2021 HipHopDX Rapper of the Year run left off as he skates over woozy, speaker-rattling production from Skateboard P.

Showcasing his rolodex of flows and cadences, the CALL ME IF YOU GET LOST star provides the definitive soundtrack to boyfriends everywhere waiting for their girl to finish getting ready.

“I told your ass to be ready/You always got excuses and you know I be on top of things/Punctual my proper name, on the dot is not your aim/Although we in love we are not the same,” Tyler raps as Pharrell’s beat builds towards a delightful drop.

A post shared by Son of a Pharoah (@pharrell)

“Come On, Let’s Go” is accompanied by a music video directed by Tyler, The Creator himself. The 1-minute, 45-second clip finds Tyler pulling up to a Georgian-style mansion in a bright yellow Ferrari before impatiently waiting for his girlfriend from outside.

As if his rapping, singing, directing and on-camera talents weren’t enough, the video also showcases several items from Tyler’s GOLF le FLEUR* clothing line. Pharrell pops up halfway through with a quick cameo to help hurry Tyler’s girl along. 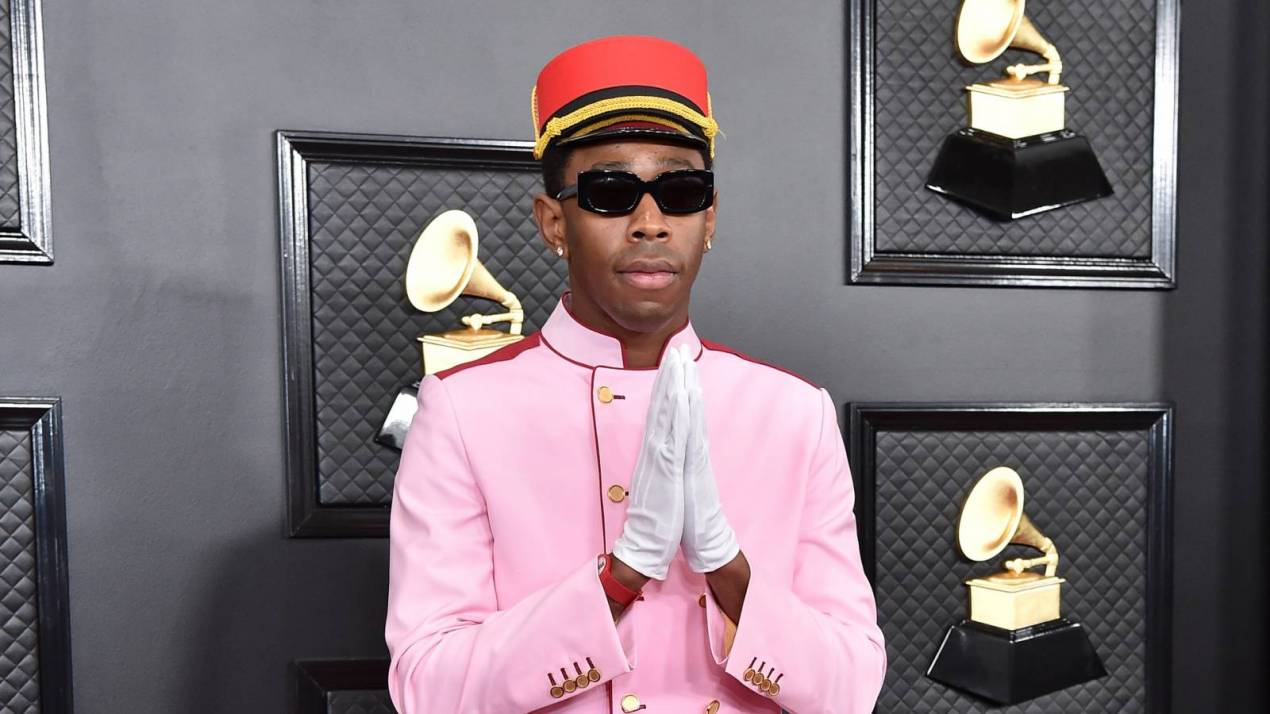 Tyler, The Creator Praises Pharrell’s ‘In My Mind’ On Its 15th Anniversary

“Come On, Let’s Go” is just the latest in a long line of Tyler, The Creator and Pharrell collaborations. The pair previously linked up on “IFHY,” “Keep Da O’s,” “Are We Still Friends?” and last year’s “Juggernaut” which also featured Lil Uzi Vert.

Tyler has long cited Pharrell as a major influence and personal hero in his life. “Being 15 Black not really ‘interested’ in what the majority of my peers were into, it made me feel safe,” he wrote on Instagram on the 10th anniversary of Pharrell’s In My Mind album.

“I was optimistic, always daydreaming and setting goals so I felt you were directly speaking to me … I’m now a young entrepreneur all because I believed you when you said I could be … I never had brothers, uncles or my father around so thank you for being the male figure I gravitated to.”

There’s even a brand new Clipse song, marking the Virginia duo’s first appearance since Kanye West‘s 2019 Jesus Is King cut “Use This Gospel.” Whether it leads to a full-fledged reunion between the Thornton brothers, though, remains to be seen.

Check out the full I Know NIGO tracklist below ahead of its arrival at midnight.