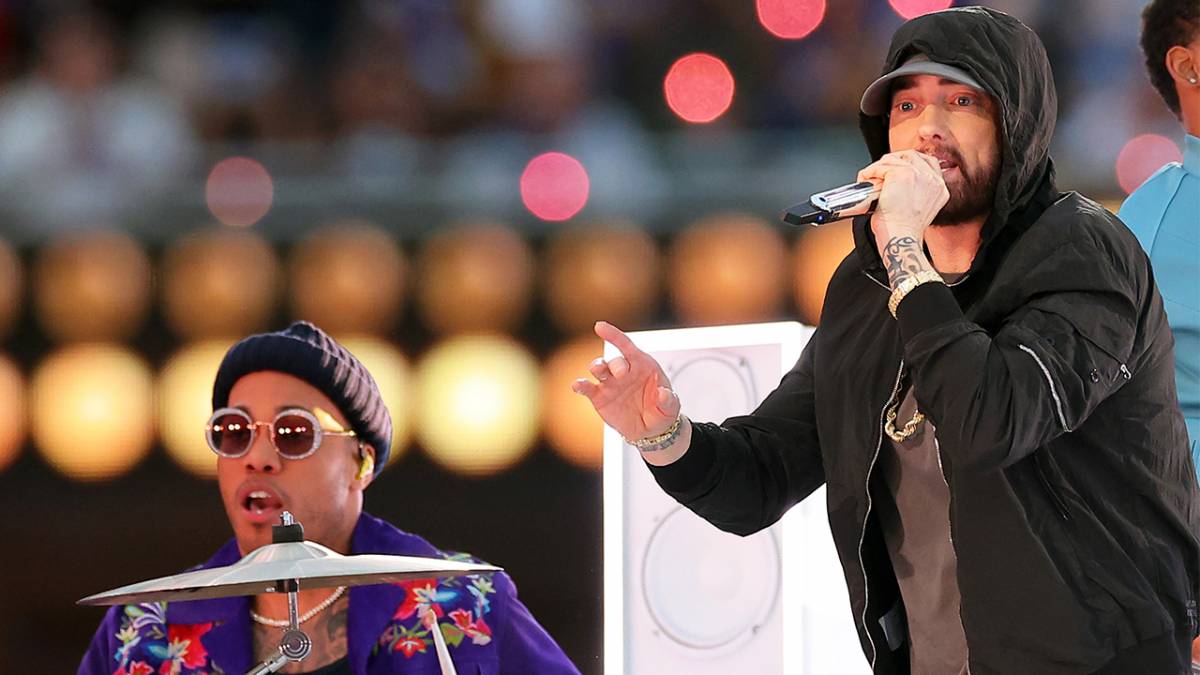 Anderson .Paak Ups His Price After Drumming For Eminem At Super Bowl LVI

Anderson .Paak is on cloud nine following his appearance at the Super Bowl halftime show on Sunday (February 13). The Oxnard, California musician was brought onto the stage as a drummer for Eminem’s performance of “Lose Yourself,” after Slim Shady briefly rapped the chorus of Dr. Dre’s “Forgot About Dre.”

In front of over 70,000 attendees, a visibly excited .Paak emerged from the set to help put on an electrifying performance of one of Eminem’s biggest hits from 2002. Anderson .Paak shared the moment on Instagram, revealing his joy about the Los Angeles Rams’ victory and being given the opportunity to share the stage with Em, Dre, Snoop Dogg, Kendrick Lamar and Mary J. Blige.

“YOU ONLY GET ONE SHOT!!!” he wrote. “THE @rams ARE WORLD CHAMPS!!! SALUTE @eminem @drdre IT WAS SUCH AN HONOR!!! @snoopdogg @eminem @kendricklamar @therealmaryjblige YALL KILLED THAT SHIT!!!!”

Anderson .Paak also shared a photo of a T-shirt with “We’re with Eminem’s drummer” printed on the front, while revealing his show price has increased when it comes to drumming.

“WOW WHAT A RUSH CONGRATS TO EVERY SUPER HERO ON THAT STAGE!!” he said. “BIG SHOUT OUT TO @drdre LOVE YOU BRO AND THANK YOU FOR LETTING ME BE APART OF HISTORY!!! BE SURE TO PICK UP SOME MERCH OTW OUT!! AND HIT MY LAND LINE FOR ALL DRUM INQUIRIES !”

He added, “Note: I ONLY PLAY CHAMPIONSHIP GAMES AND FOR DIAMOND SELLING ARTISTS. RATES ARE SUBJECT TO CHANGE ON ANY GIVEN SUNDAY.”

Signed to Dr. Dre’s Aftermath label, Anderson. Paak previously collaborated with Eminem on “Lock It Up” off his Music to Be Murdered By album. They also teamed up on “Medicine Man” off Dre’s Compton album in 2015. 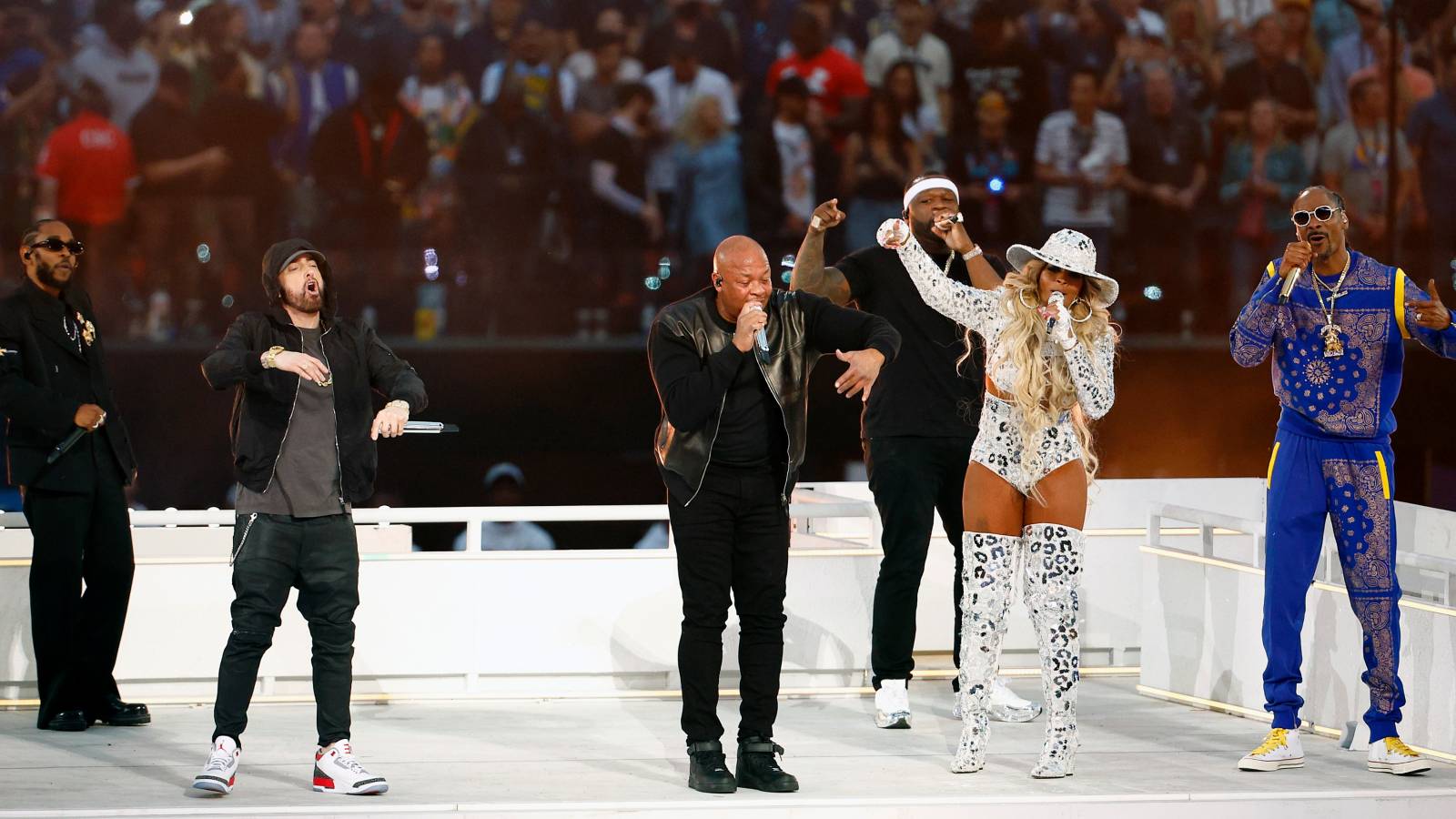 Ahead of the halftime show, Anderson .Paak teased his involvement by posting a photo with Kendrick Lamar, thanking him for giving him a ride to the stadium and telling Dre he was on his way.

Anderson .Paak is riding high off the release of his An Evening with Silk Sonic with Bruno Mars in November, which debuted at No. 2 on the Billboard 200 after “Leave the Door Open” topped the Hot 100. In January, he revealed he was working on his next NxWorries album with producer Knxwledge.