Aitch is one of biggest rappers in the UK with over a billion streams and five million singles sold, racking up multiple Top 10 singles while collaborating with the likes of Stormzy and Ed Sheeran. During a recent visit to Los Angeles, the Manchester-born artist caught up with HipHopDX to discuss everything from his career beginnings to having a crush on Lizzo.

One of Aitch’s most notable connections across the pond is Jack Harlow. The pair met when Harlow was in the UK for the Reading and Leeds Festivals in 2021, and even have a number of collaborations together.

“That’s my guy,” Aitch said. “I can’t remember the first time we spoke to each other. It was obviously on DM. I can’t remember when it was. But we met not too long ago when he came to the UK. We were with each other for a good few days … I just showed him some love. He didn’t even come to Manchester – it wasn’t even my city. I was in London with him. Showed him around, got some food. We didn’t go to the studio once when we were in London. We’ve got songs, yeah, but just chilled.”

He continued, “We were booked on the same festival so he came to watch my show and I went to watch his show. He came out in Manchester, we had a good time. I showed him a good time in Manchester, definitely. I don’t think anyone could even say a bad word about Jack. So yeah, proper, proper guy.”

22-year-old Aitch’s first introduction to rap was through 50 Cent, with his cousin putting him on to various music as a kid while his parents were at work. His childhood friend even has 50’s jacket at home.

“I think it was a concert but he was too young to go on his own so he went with his big brother and his mom,” Aitch explained. “It was in Manchester and 50 threw his jacket into the crowd and I think his mom and some random man caught it at the same time and they were doing a little tug of war, but then obviously the man let go for the kid. And yeah, it’s still in his wardrobe today. I’ve not seen it in a while to be fair, but it’s definitely there.” 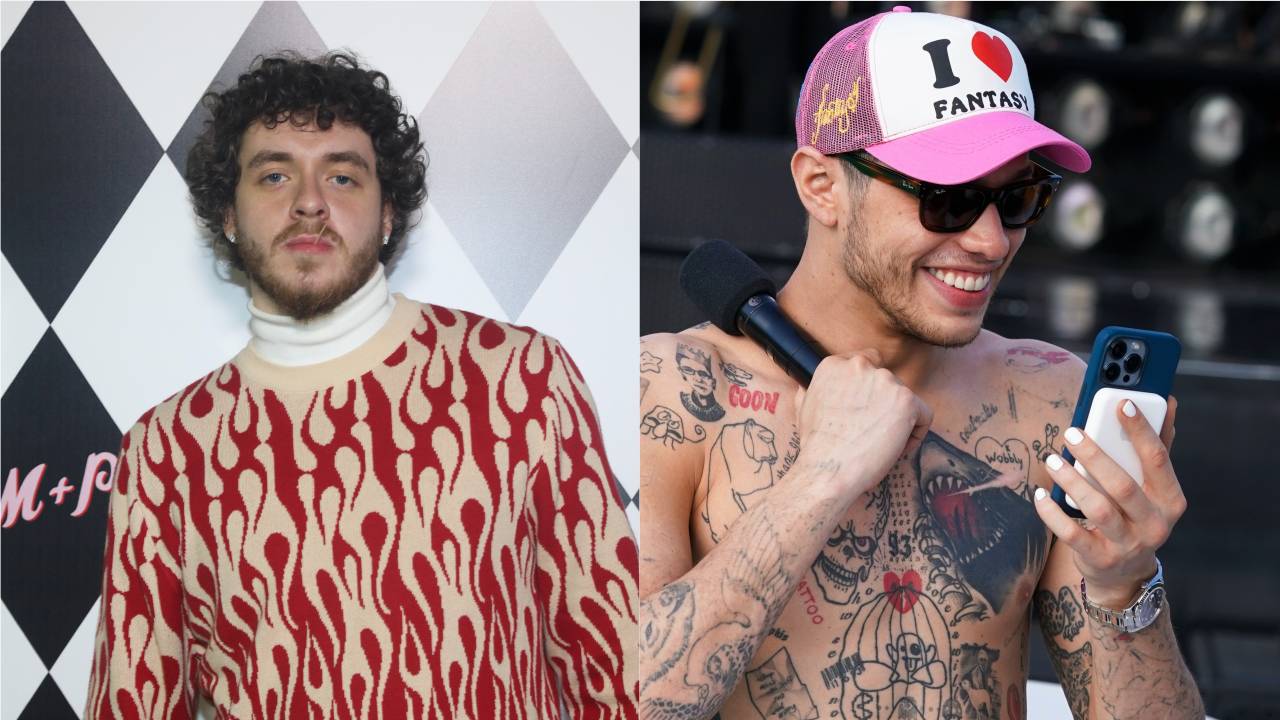 Speaking directly to 50 Cent, he said, “We can get your jacket back. I know exactly where it is, just come get it, man. It’s massive. Well, saying that, I think I tried it on when I was like 12. It’s probably not that big to be fair, but I remember when I tried it on the arms were touching the floor and shit.”