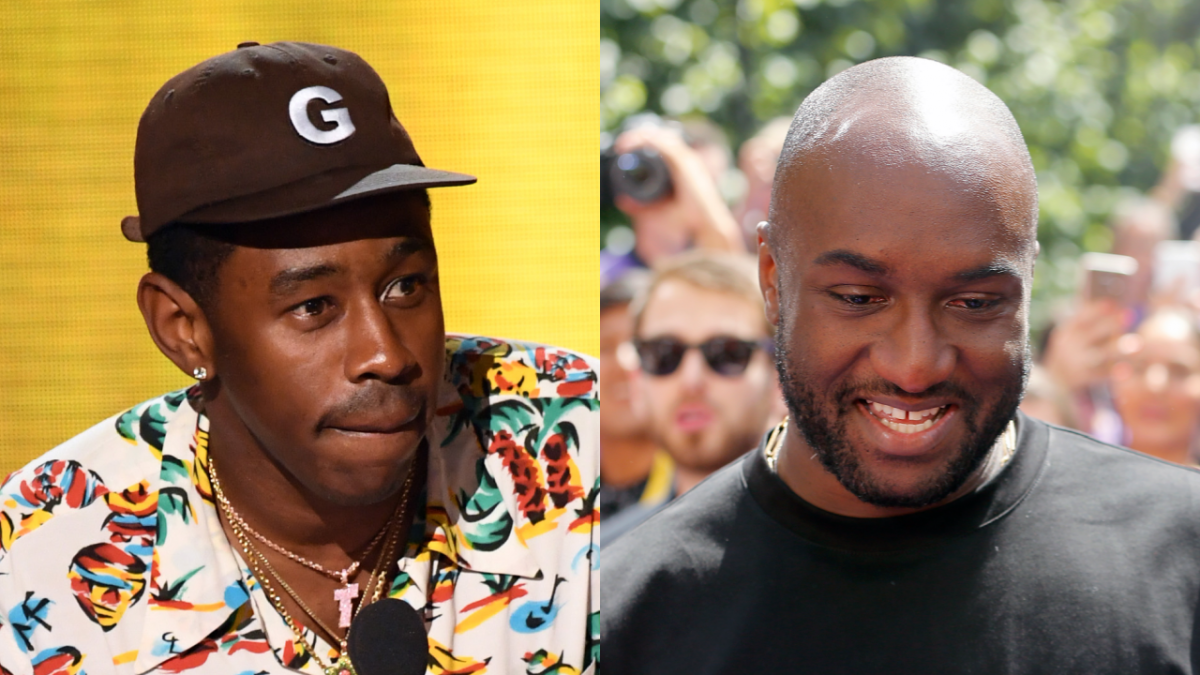 Tyler, The Creator Opens Up About Virgil Abloh Relationship: '[He Was] An Angel'

Tyler, The Creator was one of many artists and designers who were hit hard by the recent death of Virgil Abloh.

At the late fashion icon’s funeral in Chicago earlier this month, the usually goofy Tyler showed a rare moment of sorrow when he struggled to hold back the tears while delivering a touching eulogy.

Now, in a new interview with Fast Company, HipHopDX‘s 2021 Rapper of the Year delved deeper into his relationship with Virgil Abloh, who passed away on November 28 following a private two-year battle with cancer.

Tyler, The Creator revealed he initially disliked Abloh’s work, admitting, “When he was doing the Pyrex [Vision] and the Been Trill stuff, I was like, ‘Ugh, this is gross’ … Then once he started doing the more recent stuff — the Off-White stuff — I was like, ‘Not for me.’ I would kinda mock it.”

However, Tyler soon developed a close personal relationship with Virgil Abloh, who was one of his biggest cheerleaders of his new GOLF le FLEUR* clothing line. In fact, he even connected Tyler with various contacts around the world.

“[He was like], ‘Here, give me a week.’ Bro, he put me in contact with people in Italy, in here and there, emails and calls, FaceTimes with people I don’t know.

Tragically, Virgil passed away before Tyler could show him his first GOLF le FLEUR* collection.

“This was the week that I was going to say, ‘Hey Virgil, what you helped me with, what you got me started with, what y’all helping hand did, I finally get to show you what you did.’ And I was like, ‘Fuuuuck!’ I wanted him here so bad to see like, ‘Hey, look what I did.’ ‘Cause I wanted him to just say, ‘Fire.'”

“I just think he would’ve fucking loved this,” he added. “But he’ll be here in spirit. I’m just happy that this could exist knowing that he helped me push this forward.”

Shedding more light on Virgil’s kindness and generosity, Tyler, The Creator recalled the time he asked the Louis Vuitton don for recommendations ahead of a Paris trip, and he hit him back a couple of days later with an entire PDF of spots to visit.

“He was always super nice … I remember [years ago] being like, ‘Why do you fuck with everybody?'” Tyler said. “My hating, pretentious ass couldn’t fathom that someone could have such an open heart like that and it took me a while to understand that. I’m like, ‘You are actually a fucking angel. You’re an angel, bro.'”

“He left his imprint,” he concluded. “He did that. He a giant. That man is a giant. He did that. Did it. Stamped.”