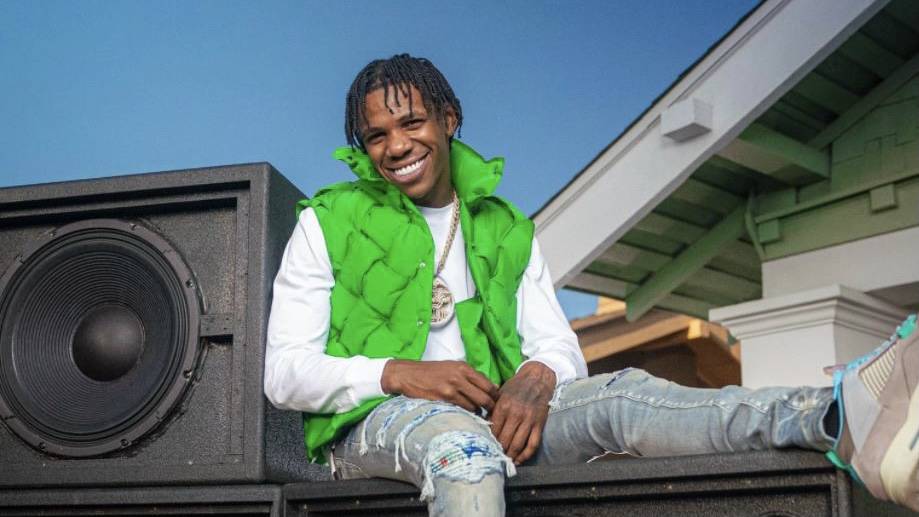 A Boogie Wit Da Hoodie Doesn't Fear His Rap Competition: 'I'm Looking For The Next Beast'

DXCLUSIVE – A Boogie Wit Da Hoodie’s growth from a local New York rapper to bonafide Hip Hop superstar was the last thing he thought he would ever be.

Like most rappers, A Boogie went on a mixtape run trying to get his music in the right hands, and things worked in his favor as he ended up signing with Atlantic Records in 2016. Today, A Boogie is bigger than he’s ever been, closing out Hot 97’s Summer Jam and earning several platinum and gold plaques from the Recording Industry Association of America. The Bronx rap superstar still isn’t where he wants to be but knows where the journey is going if you ask him.

“I’m definitely one of those top guys now,” A Boogie told HipHopDX inside his trailer at Rolling Loud California. “I’m not where I want to be yet, but you already know what I’m going for. Number one, and we’re not settling for anything less. I used to settle for less because I never had that goal to look all the way up there, but now that we looking up there, it’s looking scary for a lot of people.”

A Boogie was just another artist looking to make a name for himself in the game and instead became a leader for the new school of rappers in the birthplace of Hip Hop. He’s also a force to be reckoned with as he enters this new part of his career. A Boogie proved that a festival usually reserved for mosh pit rap has room for the melodies during his electrifying performance at Rolling Loud California. If he wasn’t focused in the early aughts, he’s locked in moving forward after seeing what he could do in his career.

His newest project B4 AVA, which dropped December 10, is the lead-up to his fourth studio album slated to drop sometime next year. The seven-track EP finds A Boogie giving fans a healthy dose of love drunk songs from the mind of a 26-year-old while showcasing growth within the sound.

“I’m at a part of my career where I’m addicted to what I’m doing,” A Boogie with da Hoodie said about the position he’s currently in. “Every part of this step, even if it’s a failure in life, it’s like another journey to where I’m going, and I appreciate this whole process. I’m having so much fun with the process.”

A part of A Boogie’s process has him working with artists outside of his comfort zone and has him looking down the pop star lane. He joined forces with Ed Sheeran on “1000 Nights” alongside Meek Mill and Khalid on the remix to “Right Back” two years ago and has plans to get more collaborations done. A Boogie won’t admit that he wants to be a pop star, but he is working hard to expand his sound.

“It’s not even there yet,” he said when asked if he feels like a pop star. “I study myself so much. I used to do it with other music back in the day but with my music now, and the strategy I take, I only listen to myself, my new music, and my old music at the same time. I just compare myself to myself and figure out how I can beat my shit. I want to make sure this is better than my last shit.”

Of course, with A Boogie being from New York City and one of the biggest rappers to emerge from the new generation, his name is often thrown into the “King of NY” debate. He doesn’t buy into the hype surrounding that title and would rather bring it up when his accolades match a particular New York legend who he chose not to name.

“We all have respect for who it is right now, and until I’ve done what he’s done, it’s going to be that,” A Boogie said. “For right now, I’m A Boogie, and I’m from The Bronx and learning from the best right now. Yeah, I made a couple songs where I said I’m the ‘King of New York,’ it’s whatever. But speaking from an artist standpoint, we can talk about that when it’s all said and done.”

Despite being humble about the “King of New York” title, A Boogie keeps his bars sharp for the upcoming wave of rappers looking to take his spot. According to Boogie, steel sharpens steel, and he’s keeping an eye open for the next artist that can match up with him in the spirit of competition.

“When it comes to the newcomers, I’m looking at the next long-term killer or beast,” A Boogie revealed. “Like you see Future and Young Thug, they have that sound where they sound perfect against each other. I’m looking for that sound that matches up perfectly with mine. I’m looking for a beast, someone that’s in the studio 24/7 like me.”

Stream A Boogie Wit Da Hoodie’s B4 AVA below.