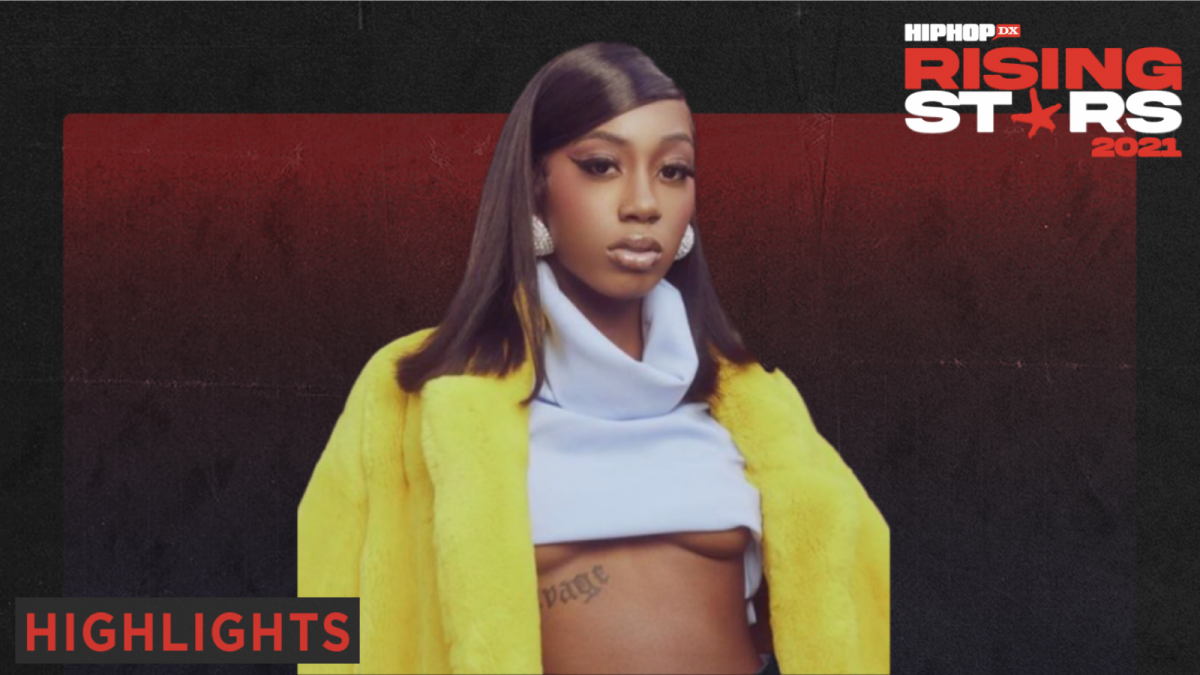 The 2021 HipHopDX Rising Stars have two months left in the year, and they continue to cement their name in the game and reach new heights.

Besides touring, shooting music videos and collaborating with some of the genre’s biggest rappers, one of the Rising Stars dropped a new single, another star had their IG account banned and one may be getting released from jail.

2021 HipHopDX Rising Star Flo Milli has been quieter on the music tip for the last few months, although she recently collaborated with GoldLink on “Raindrops.” Flo seems to have been putting more effort into becoming rap’s fashion “it-girl.” From gracing the covers of magazines such as Clash and Brick, Flo has also taken a plethora of photos showing off her eclectic style.

COLORS is a unique aesthetic music platform showcasing exceptional talented artists from all around the globe, focused on promoting the most distinctive new artists and original sounds.

Her debut mixtape, Hoe, Why Is You Here?, consisted of all songs written by Flo, peaking at No. 78 on the Billboard 200 chart. The mixtape produced five singles: “Beef FloMix,” “In the Party,” “Not Friendly,” “Like That Bitch” and “Weak.”

Here’s what social media had to say about it:

The Mobile, Alabama native has been laying low all year, prompting some fans to believe she’s finishing up a new album. https://t.co/jVJtkb4MoO

A video of 2021 HipHopDX Rising Star Foogiano has been circulating on social media after Akademiks posted a video of the now-incarcerated rapper wearing a smile allegedly after attending court.

According to Hot97, the unknown person behind the camera spoke about the rapper being happy with the outcome of his case. On his original video caption, it says, “all charges beat.”

Foogiano’s fiancée, Renni Rucci, may have confirmed the rumor on social media when she tweeted, “I can’t wait to ride this man every night for the rest of my life.”

On the flip side, it seems 2021 HipHopDX Rising Star DDG had his main Instagram account banned this week.

The bio of the backup page reads, “my other account @pontiacmadeddg but it’s banned right now, so ima be here for now.”

But on the same day, DDG was able to post a photo to his main page @pontiacmadeddg, uploading a photo of himself sitting on a tour bus captioned with, “Stop settling for less than me.. it won’t work.”

Toosii is offering fans VIP access to his soundcheck before his shows, starting in Orlando, Florida. (Read here)

BLEU and Kehlani have filmed the music video to “Beautiful Lies.” (Look here)

DDG is 1 of 10 up-and-coming rappers named to HipHopDX’s 2021 Rising Stars! For more info on DDG and the rest of the talented Hip Hop bunch, read about them here.