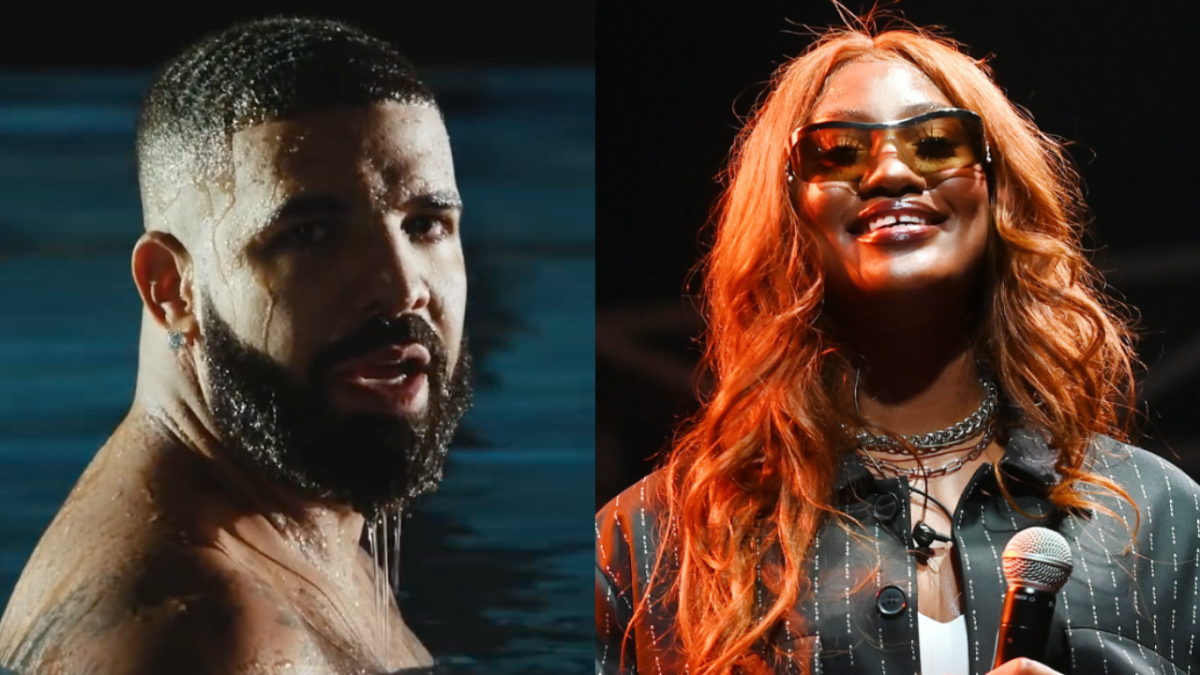 Fast-rising Nigerian singer Tems was one of the many artists featured on Drake’s Certified Lover Boy album earlier in September, appearing on the song “Fountains.” But as it turns out, their collaborative work is far from over.

According to The Guardian, another collaboration between the pair is in the works and likely to appear on Tems’ debut album, which is set to arrive in 2022. Tems told the publication she’s listened to Drake since she was a teenager and quoted him telling her, “Bruuuh, how – why – are you so good?”

Drake recently shared a video eating dinner with Tems, which she later explained during a Twitter Q&A with fans.

“I cooked Chicken stew and rice for them,” she said in a tweet. “the Pepper choke them small, but they loved it.”

This video of Tems & Drake brings us joy. It's BIG TEMS. 🕊 pic.twitter.com/bXKrqN1H8o

I cooked Chicken stew and rice for them, the Pepper choke them small, but they loved it 😂 #AskTems🕊 https://t.co/1iaKsE2Jue

The afrobeats singer’s popularity no doubt surged with the release of her WizKid collaboration “Essence” in October 2020 on his Made in Lagos album. The song continued to make waves across the world in 2021 and even got a remix from Justin Bieber in August.

Elsewhere in the Guardian interview, she revealed Lauryn Hill, Outkast and Lil Kim as inspirations and explained how she grew up in Lagos without any friends.

“I used to write poems a lot – I’ll just sit down and write things I’m feeling, and it’ll come out so poetic, even if I’m just talking about breakfast,” she said. “So then I just started writing songs, at around 11. Some of them were about me not having friends, some of them were about my classmates saying I was weird. Some of it was just really sad. I didn’t really have much human interaction, but it helped me heal to be able to sing about what I was feeling.”

She added, “I just wasn’t popular; I cried a lot, I was very shy. I would cover my head with a blazer. I wouldn’t be able to talk – I just was a loner. And my only escape was the music room.”

Tems released her second EP, If Orange Was a Place, on September 15 via RCA Records. The project is made up of five songs with a guest appearance from Brent Faiyaz.