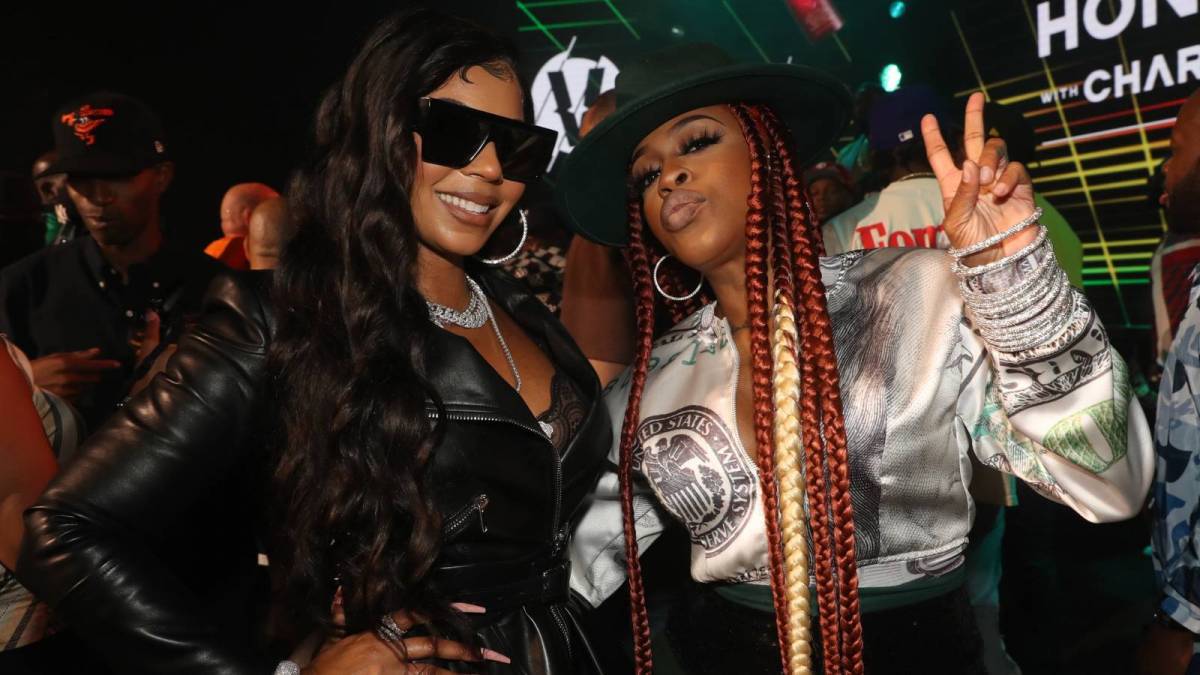 Lil Mo is admittedly still bothered by the “dusty bitches” comments Fat Joe made during the Ja Rule Verzuz on Tuesday night (September 14).

After demanding an apology from the Terror Squad vet on Instagram (and getting one), she wound up talking to TMZ about the situation. During the conversation, she admitted when Fat Joe said, “You had to go to the crack house to find them bitches,” it brought up memories of her past struggles with opioid abuse.

“Everyone may have seen me speak up recently on being clean from opioid addiction,” she says in the clip. “So saying, ‘Those are the kind of bitches you get from the crack house,’ it’s like, ‘Whoa.’ We’ve seen the recent deaths from people overdosing and stuff — from the DMXs to Michael K. Williams. Like, we not gonna play those type of games ’cause you don’t know what anybody’s dealing with.

“So I’m glad to say that I’m clean but … a lot of people were offended. We never shared the stage in almost 20 years, so that right there was monumental, and it was really great for me just because everything I’ve been through.”

Lil Mo explains she was backstage when she received a text from her 19-year-old daughter who said Fat Joe was “talking too much.” But she didn’t hear the banter before her performance that included the “dusty bitches” comment.

Mo does corroborate Fat Joe’s claim they ran into each other in the parking lot after the sound check where they hugged, but she says she was unaware of what was being said about her and Vita.

“I didn’t realize all that stuff was being said prior to when we arrived,” she continues. “When I got off the stage the first time, that’s when I saw the comments like, ‘Oh he wrong for that!'”

She went on to say Fat Joe’s comments were “vile, disappointing and disheartening” and insisted any woman onstage that night should’ve never been “verbally attacked.”

Lil Mo then appears to reference Remy Ma who hopped in her Instagram comments to suggest she was blowing things out of proportion.

“You can’t tell me how I’m supposed to feel,” she adds. “I still have triggers. I’m healing, but I’m not all the way there. So I was actually disappointed and kind of humiliated for people who may be battling addictions or just certain terms nowadays, they’re just not gonna fly. So, people have to be accountable.”

Mo says she doesn’t want anyone to be “canceled,” she just wants Fat Joe to be held accountable.

“You can’t text or tweet an apology if you offended in public,” she continues. “So I’m not looking for no Birkin bag or anything, but I just know how the streets work and I don’t want it to go that way.”

She ends her interview by explaining why she decided to speak up, saying, “I want to stand and represent for women who have beat and battled addiction, who have seen me be a single mother of five and still push through and come back after being on reality TV and being called everything under the sun besides a child of god.”