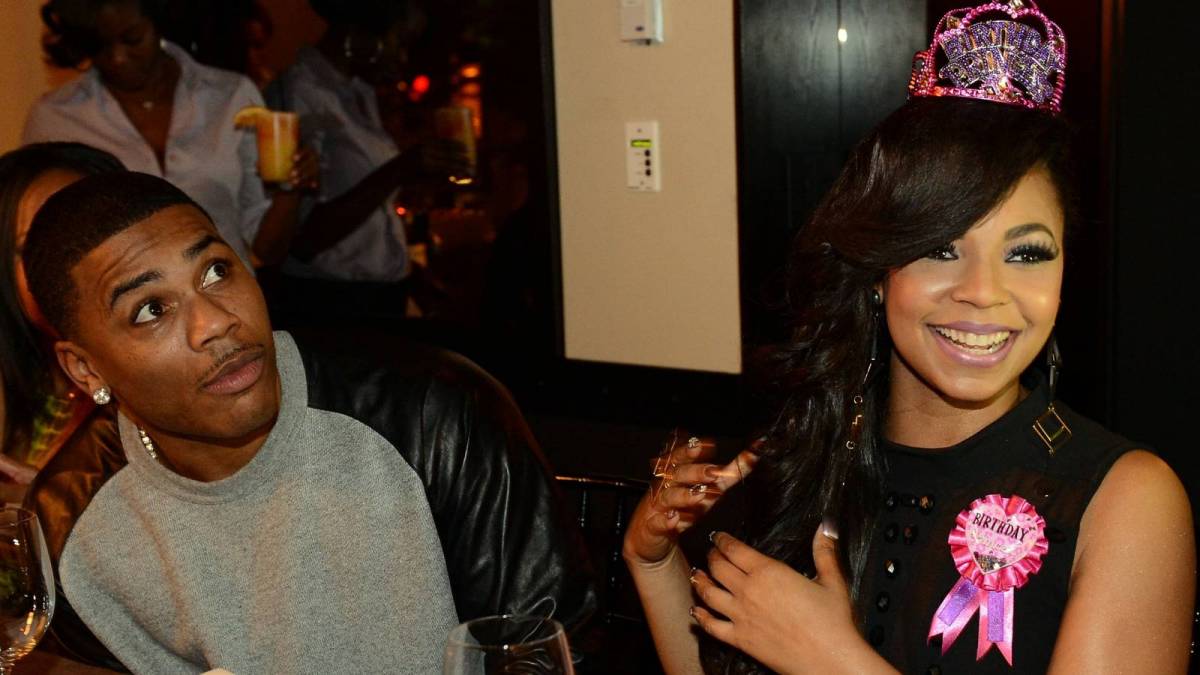 Veteran singer Ashanti was one of the many special guests who popped up during the Fat Joe and Ja Rule Verzuz at Madison Square Garden’s Hulu Theater on Tuesday night (September 14).

But she was blindsided by her ex-boyfriend Nelly who walked across the stage to give her a hug. (The two were together for roughly 10 years but broke up in 2013.)

Almost immediately, rumors of a reconciliation started floating online as fans clamored for the former couple to get back together. Speaking to Fat Joe on Instagram Live for his Verzuz recap, Ashanti made it perfectly clear she’s already spoken for, and there’s no chance of a rekindled romance with the “Hot In Here” rap star.

Ja Rule, who was also in the chat, added, “You know, Nelly’s single now,” to which Ashanti replied, “Yeah, but I ain’t! So…”

The latest Verzuz still has people talking days later, especially when it comes to Fat Joe’s “dusty bitches” comments. Around the time Ja Rule brought out collaborators Lil Mo and Vita, Joe appeared to throw the jab at both women and simultaneously suggest they were crack addicts.

Lil Mo said she was “disappointed” by Fat Joe’s remarks and later demanded an apology, which she got — twice.

“I’m super sorry,” he wrote. “I love you and vida I said sorry to your face before I left the building and to vida I was caught in the moment and I’m super sorry god bless.”

Remy Ma, however, didn’t think she deserved one and called Lil Mo out for blowing the situation out of proportion.

“@thelilmoshow Stop it Mo,” Remy wrote on Lil Mo’s Instagram post. “You know damn well Joe ain’t on it like that. First of all …you, V, Shanti- or nobody had even come out yet- when him and Ja was going back & forth; we didn’t know who was in the back.

“Second… I was in the car when you walked thru the parking lot and he hugged you, & showed mad love as usual.”