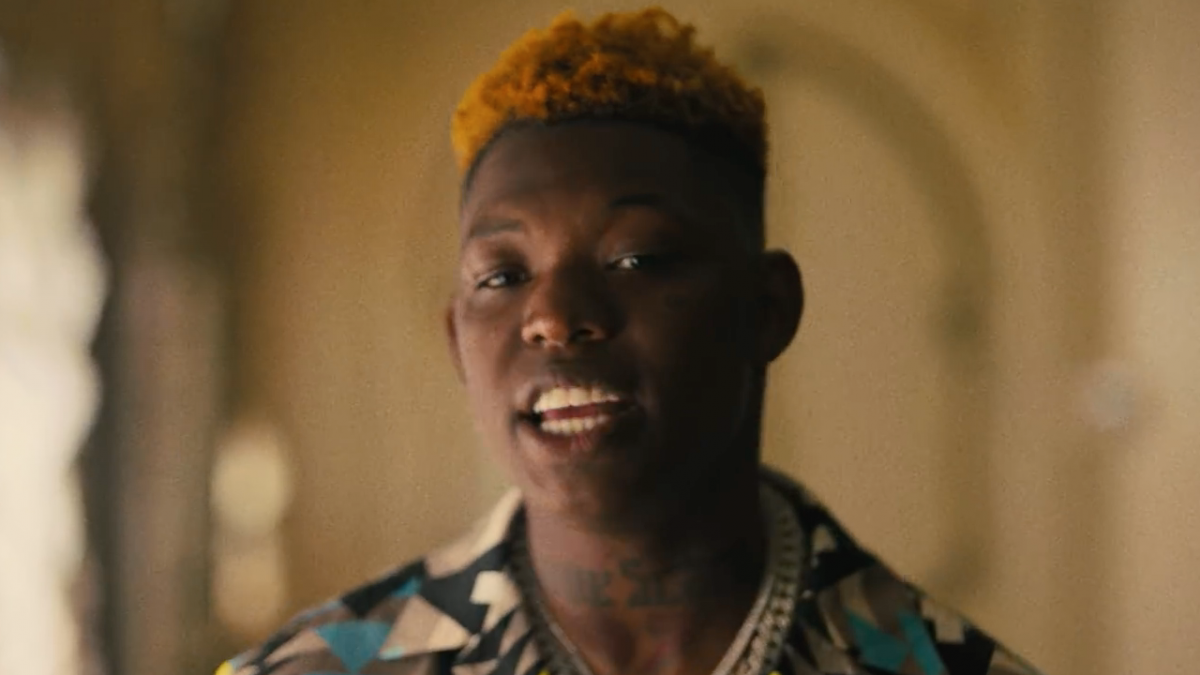 Alabama rapper Yung Bleu accused police officers in Gainesville, Georgia of racial profiling in an Instagram post on Monday (August 23). The “You’re Mines Still” artist claimed he was looking to buy a trailer for his upcoming tour when the owner of the company called authorities.

“THESE GAINESVILLE, Ga POLICE OFFICERS are racially profiling us !” he wrote alongside videos of the incident. “They approached me and my team for absolutely nothing trying to buy a trailer for my tour at (Absolute Trailers) the owner was a old white guy who called the police talking about they suspect fraud ! I was just trying to buy a trailer !

“The first officers walk up with hands on guns . damn near drawn on us saying ‘What y’all doing here’ …We have a brief back n forth and then As I leave the cop is sitting in the middle of the highway waiting on us . They trap and get get behind me ! say my tag is obstructed but she clearly had her lights on way before she saw the back of my car ! 5 cars have pulled up on us since then ! Saying we do fraud and all type of lies !”

He added, “I HAVE MORE VIDEO BUT I will use only as evidence . We did nothing wrong !”

According to The Shade Room, Yung Bleu was cited for an April party and arrested for a suspended license. After posting bond, he revealed he never made it inside the trailer store and was outside the building for 10 minutes before police showed up.

Cops were called due to suspected fraud following an alleged run-in last week, with Yung Bleu initially allowed to leave the scene as officers had no probable cause at the time. Shortly after that, he was pulled over by another officer.

Bleu wrote in the comments, “They made that tag shit up to stop me u pulled me over before u even got behind me dumb and u smiling cuz u no u racist.”

Yung Bleu released his debut album Moon Boy in July with features from Drake, Big Sean, Moneybagg Yo, Jeezy, John Legend, H.E.R., 2 Chainz, Kodak Black, Kehlani, Chris Brown, Gunna, A Boogie Wit Da Hoodie and Davido. The project is currently No. 71 on the Billboard 200 chart after debuting and peaking at No. 12.