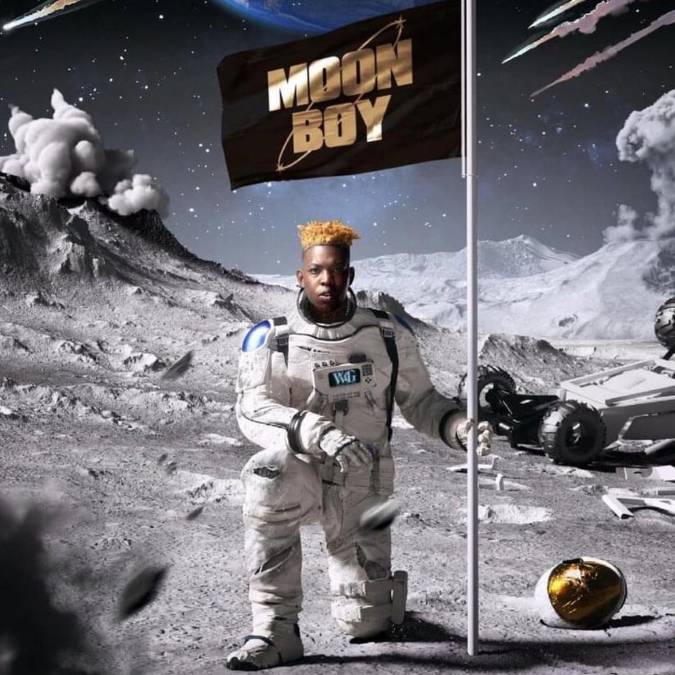 Since emerging in 2015, his output has been nothing short of prolific, including a seven installment Investments mixtape series, handful of EPs and early physical only projects. He believed in his formula of sing-rapping over radio friendly beats as did his well-connected mentor Boosie Badazz, leading to a steadily growing fan base.

Hailing from Mobile, Bleu is one of the more notable rappers coming out of the rising Alabama scene along with CHIKA, Flo Milli, OMB Peezy, Rylo Rodriguez and Luh Soldier, among others. Having established himself as a regional staple, Bleu released his long-awaited debut album Moon Boy, providing the mainstream with a sampler of his formidable strengths and most glaring weaknesses.

Bleu’s voice is his greatest asset, powerful enough to deliver sonorous hooks, yet delicate enough to bob and weave around a single piano key. The beats he chooses are catchy on their own but with the pitch-perfect vocals, they sound rich and layered, creating new harmonies and dimensions within the music. Getting depth through his emotive warbling works because his lyrics are devoid of anything unique or personable.

Moon Boy is about as conventional as it gets. At times, Bleu offers vague insights into his traumatic past — like how the failures of the education system forced him to trap in the hallways — but for the most part, it’s a standard affair about sex, drugs, and his increased cash flow.

He haphazardly references dead friends and broken relationships but refuses to go deeper, often coming off like an NPC in Grand Theft Auto. But Bleu is focused on how the lyrics contribute to the sound of the album, not what they actually mean. And to his credit — it’s easy to ignore lyrics when the music is so catchy.

Part of this effect comes from the extensive yet spotty feature list. Moneybagg Yo and Kodak Black shuffle in place for under 25 seconds each on “Angels Never Cry,” both sounding unsure of what they’re supposed to be doing, like A-list actors getting paired up with a mediocre director.

2 Chainz talks about psychedelics and ruining couches without an ounce of his usual charisma on “Baddest,” Gunna is bland and predictably gross on “Water Works” and Big Sean rediscovers his love for ruining decent songs on “Way More Close.”

Drake (“You’re Mines Still”), John Legend (“Die Under The Moon”), Kehlani (“Beautiful Lies”), H.E.R (“Tired Of You”) and Jeezy (“Shoe Box”) appear to be taking this album seriously, but Bleu is all too content to blend into the background of his own songs.

A gracious collaborator, Bleu shines bright on the few times where he doesn’t have to share airtime. When he finds proper balance between his streetwise, lovesick and psychedelic-sage acts, the result is enthralling.

Songs such as “Last Summer” and “Old Days” showcase the best of his rapping, singing and rock-solid hook crafting abilities. As a multifaceted performer, Yung Bleu is already in an elite class but suffers from the hyped debut album trope of feeling as though he needs flashy features to get noticed.

Moon Boy is brazen radio bait, but the public bit hard, setting Bleu up for a potentially lucrative career. Thanks to a devoted fan base and a Drake-aided smash hit, the project has landed at No. 1 on Billboard’s Independent Albums chart, also accruing Top 5 placements across key Billboard charts.

Now that the bag is secure, it’ll be interesting to see if the 2021 HipHopDX Rising Star decides to hone in further on his sound or continue to get by with syrupy playlist fodder.

The 🌎 finally stopped sleeping on @_YungBleu 🥱

@_YungBleu drop best album of the year. unforgiving, tired of you, baddest 💖😴 those are my favourite 🔥💯🐐

I remember listening to @_YungBleu investments 1 and just thinking how he’d be the unknown artist I listen to. Now he got songs with Drake, Chris Brown and many more. Unreal to me