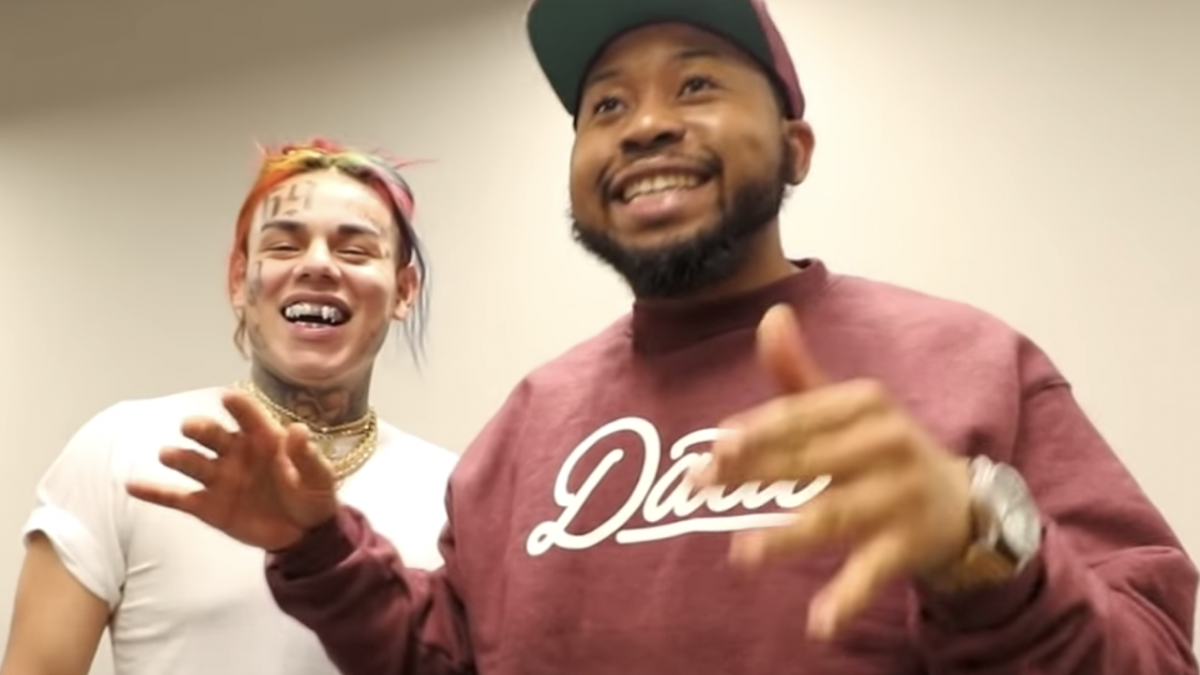 Wack 100 requested a sit-down meeting with 6ix9ine to be orchestrated by Akademiks and it looks as if it ended up happening. A picture surfaced on social media Sunday night (July 25) of Ak, 6ix9ine and Wack together in Miami for a possible podcast episode.

DJ Akademiks has a new podcast & has 2 special guests on it pic.twitter.com/CxbyDcU0sv

Wack 100’s interview with the rainbow-haired rapper comes on the heels of weeks of back-and-forth between 6ix9ine, Wack and his client Blueface.

“I need dude to look me in my eyes when I ask these questions,” Wack 100 wrote to Instagram earlier in July when making his request for a sit-down public. “He has yet to be held accountable. Let me be the judge and the culture will be the jury.”

Need or keep this interview?!?? pic.twitter.com/Oax2bVoR5u

6ix9ine continued to troll Blueface throughout July as the “Thotiana” rapper entered the ring for a boxing fight earlier this month.

The bickering ensued as 6ix9ine trolled Blueface for getting his jeweler’s name tattooed on the side of his head. 6ix9ine claimed Blueface needed to get the ink done due to a debt to the New York jeweler.

As a result, Blueface had his Instagram temporarily deactivated, but it’s now back up and running.

“Pay close attention,” Blueface wrote. “He reported all my post for bullying and deleted his skit. Playing victim like he did in court. My IG be back up shortly. Mans came for me got his feelings hurt so he did what rats do an snitched.”