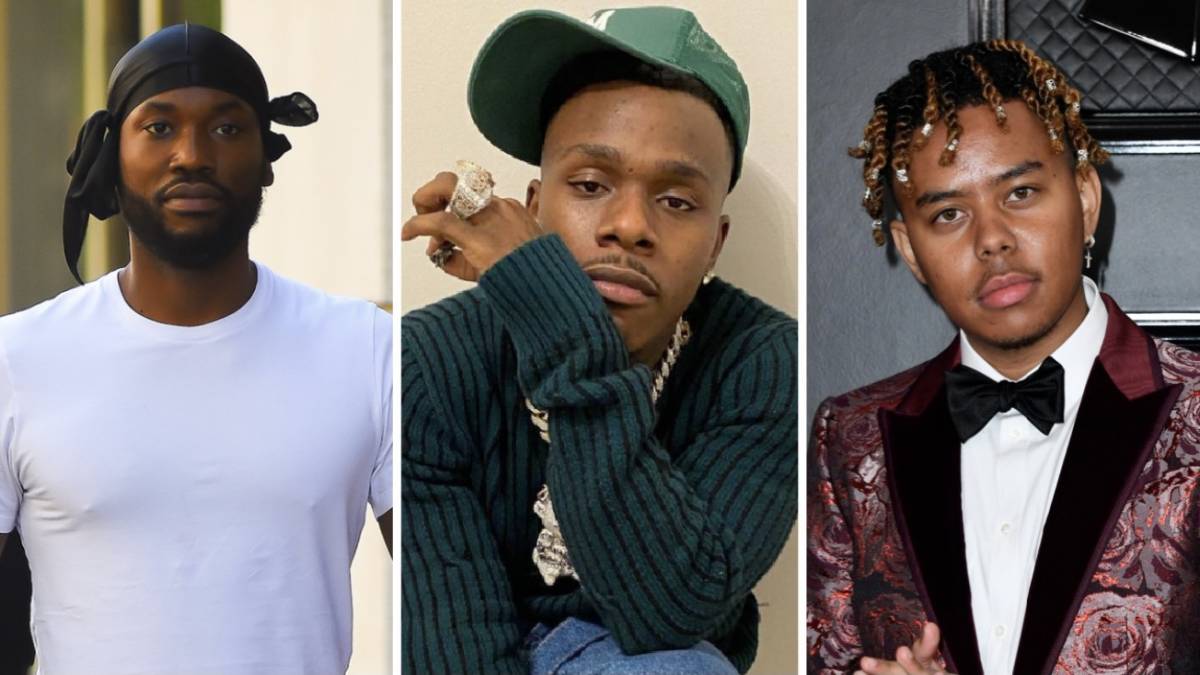 DaBaby continues to put in work with his upcoming project, and he has big plans in store for what he’s calling a “classic.” On Monday (July 12), the Charlotte native took a trip to New York City and hit the studio to lay down some tracks with Meek Mill and Cordae.

Fans caught clips of the studio link-up between these three all over social media. According to Meek Mill’s Instagram post, the gathering happened at 5 a.m., wasting no time as they showed laser-like focus in the pictures. DaBaby gave fans a bit more to look at with his Instagram post showing all three rappers taking in all the studio vibes.

There’s no word on whose album this upcoming collaboration is going to appear on. Cordae revealed the title of his second studio album, A Bird’s Eye View, in May, and Meek has been teasing snippets off his new project recently. DaBaby told Billboard his album would be arriving this month and has been spotted linking up with Lil Durk, Lil Baby and Bobby Shmurda.

Last week, DaBaby even took to his Instagram Story to let his haters know his next album is going to the Billboard charts just like his last two albums. Kirk and Blame It On Baby gave DaBaby massive commercial success.

“This will be my third consecutive No. 1 album, you see what I’m saying?” DaBaby proclaimed. “So, all you dirty dog ass, dickriding, hating ass bitches, understand me, man. When this new one drop, I’m a politely let you muthafuckas get right back on this dick, n-gga… right back on this muthafuckin’ dick, n-gga, as soon as that new shit drop, ’cause I’m cut like that, n-gga.”

He continued, “I’m the best at doing what I do, so believe that, man. New album on the way, will be a No. 1 album. Will be No. 1 on Billboard again, all that pussy ass shit, see what I’m saying? You bitches be ready, man. Lace your shoes, man. It’s go time.”

DaBaby dropped off a message for his haters & said his next album will definitely go #1! ??? pic.twitter.com/Hhl2nzBSKX