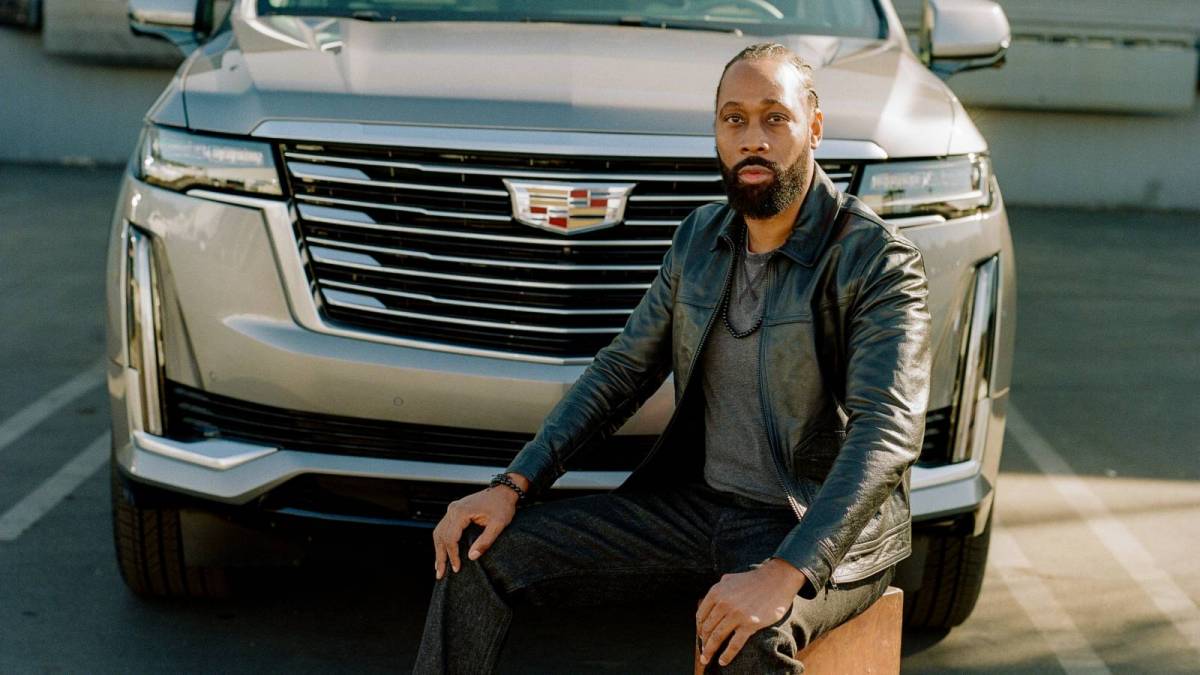 Exclusive – Growing up on Staten Island, New York in the 1970s, RZA’s family didn’t have a lot of money — at least not enough to buy a Cadillac. But Ol’ Dirty Bastard’s father managed to scrape up a few dollars to get one and all the neighborhood kids were fascinated by the luxury vehicle.

“Cadillac was the king of the road, especially for men my uncle’s age,” RZA tells HipHopDX. “To have one and to be parking that in the parking lot at Linden Plaza was crazy. For us, we were always wishing that wherever he went, he would take us [laughs].

“On one level, it felt like a small accomplishment, even though it wasn’t for me. I was at his house so much and with his family that I felt like weirdly they was like my rich cousins — even though they wasn’t rich [laughs]. It feels good. It feels like, that’s your rich cousin and they got a Cadillac.”

Fast-forward to 2021 and The Abbot has just announced a new partnership with Cadillac, something he never could’ve envisioned for his future.

“Maybe not the young RZA who was excited to watch ODB’s pops get his Cadillac and wish he would drive me around,” he says. “Before I entered Hip Hop, I definitely couldn’t imagine that, you know what I mean? Because even the Cadillac itself was unattainable.”

But these days, RZA could buy 10 Cadillacs if he wanted to and was able to partner up with the iconic automobile brand for the Cadillac Sound of Arrival campaign. The spot features RZA highlighting how each speaker in the 36 speaker AKG Studio Reference System work together to deliver the perfect sound through symmetry and function.

Before giving the AKG Studio Reference System the Wu-Tang stamp of approval, RZA had to subject it to the fool proof “car test.” Like any good Hip Hop artists knows, a car stereo must bump and rattle in all the right places.

RZA couldn’t pick just anything for the inaugural AKG test run — it had to be something powerful. When asked what he chose, RZA chuckled and admitted it was something off his forthcoming Bobby Digital solo album with DJ Scratch — and no, the project isn’t called Digital Potion.

“It sounds remarkable, and I actually took advantage of the opportunity and played two of my own new songs in a demo form.,” he says. “So I played a song called to ‘Pugilism’ that DJ Scratch produced for me and a new song ‘Saturday Afternoon Kung-Fu Theater.’ Yo, trust me. I’m just going to say this outloud — in this song, I mention Escalade. So it’s crazy. I recorded it before the campaign.

“But what I’m about to do this summer — and I’ll just announce it — I’m going to put out that album,” he says. “Me and DJ Scratch got the album done. There was a little misprint in the press a couple of weeks ago about Digital Potion. No, the new album that I’m putting out with DJ Scratch is called Saturday Afternoon Kung-Fu Theater.”

RZA hasn’t set an exact release date yet, but he reiterated, “It’ll be out this summer and I’m definitely going to put a single out in the next couple of weeks. So I’m looking forward to just having fun, taking all that quarantine energy we had that was bottled up and letting it come out in the positive way.”

Check back with HipHopDX soon for Part II of the RZA interview. Until then, check out the Cadillac ad spot featuring RZA above and “Pugilism” produced by DJ Scratch below.