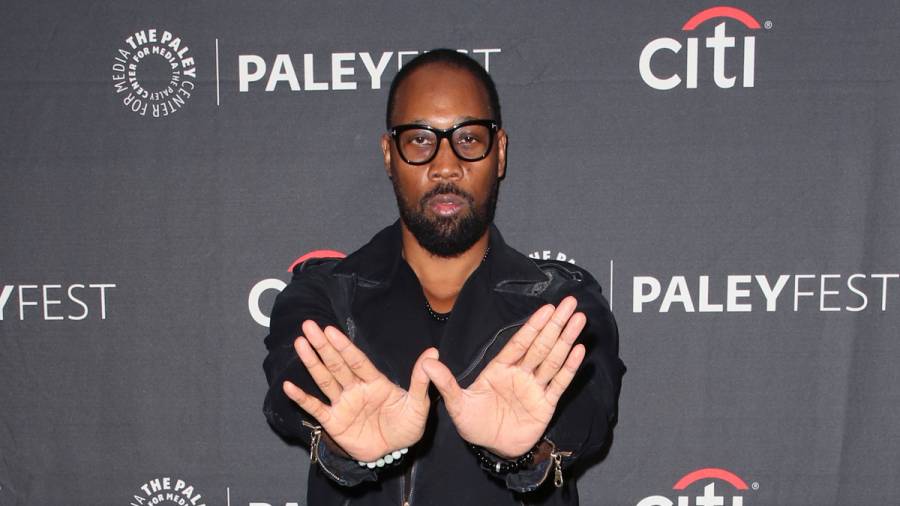 RZA is back in the director’s chair for Cut Throat City, a crime drama set in New Orleans during the aftermath of Hurricane Katrina. The movie features many familiar names for Hip Hop fans with Shameik Moore (Wu-Tang: An American Saga), Demetrius Shipp Jr. (All Eyez On Me) and T.I. among the cast members along with Terrence Howard, Ethan Hawke and Wesley Snipes.

The film, which was released on August 21, has arrived at a time when natural disasters are front and center as Hurricane Laura threatens the Gulf Coast amid Katrina’s 15th anniversary and the ongoing COVID-19 pandemic. But RZA sees his new movie as something that resonates beyond tragedies caused by Mother Nature.

The Wu-Tang Clan mastermind’s film depicts struggles also experienced in the Wu’s Staten Island stomping grounds and beyond. His latest flick explores the desperation caused by poverty and lack of opportunity but still manages to provide hope.

With Cut Throat City now in theaters, HipHopDX caught up with RZA to discuss the newest entry in his filmography. The Hip Hop legend opens up about making the movie in New Orleans, authenticity in filmmaking and why he strongly believes in second chances.

HipHopDX: I’m from Baton Rouge, so Cut Throat City being set in the aftermath Hurricane Katrina hit home for me. What attracted you to that setting for this film?

RZA: Well, Hurricane Katrina was national news and it was a devastating, devastating thing to the country and even heavier if you want to zoom in on a Black community in the Lower Ninth [Ward] and people like that. It was really devastating. It caused a migration even. So that part of it is something that feels like a part of that story has to be told, even though there were documentaries about it.

But the second thing for me really was just the four men dealing with the aftermath and having all these aspirations, then seeing those aspirations turn to desperation. That, to me, could happen in Flint, Michigan; Park Hill, Staten Island; South Side, Chicago. Or even the trailer homes in the south. Where poverty exists, aspirations dwindle. Right? And they get diverted.

So with the backdrop of Hurricane Katrina on a story like this, I was intrigued to tell it. And when I went back to the writer, because he sent [the script] out to a few different directors, I was like, “Of course it’s terrible with Hurricane Katrina, but this story is happening regardless.” And this is why I think one of the lines in the movie, he says, “Katrina was always with us. It just had different names.” And that’s how I felt with the screenplay in my hands. This is very similar to so many other tragedies that communities gotta fight against and survive.

“With his third feature as director, RZA, who first rose to fame with Wu-Tang Clan, comes into his own as a filmmaker”. NY Times. For more hit link in bio. #rza #CutThroatCity #NewOrleans

HipHopDX: One of the things that stood out to me was the use of Louisiana’s history and addressing issues that existed before Katrina too. What work did you do to ensure the film had this authenticity? Did you connect with people in New Orleans to make sure it was as real as it could be?

RZA: Yeah, we went down and prepped the film — I think about nine weeks of prepping. You’ve got your screenplay, you hire your crew. I hired a local crew, of course. Mostly everybody on the crew was from New Orleans. Even my personal assistant lived in the Ninth Ward. He made it out, moved to the 10th Ward. A lot of his family were in dire situations. He went to school, figured it out and he was working in the industry. He did about 50 projects prior to me hiring him. But one of the reasons why I hired him was because he lived it. And he became such an asset to the film that he got an associate producer credit in the film. His name is Gregory Chestnut.

What happened was, during the nine-week prep, he was able to take us right to everywhere we needed to go to talk to the people and find out some stories that wasn’t publicized. And I’m talking about from people from local people to farm owners to law enforcement. And people weren’t shy to talk about all the different ideas. I’m a history buff, so I had to make sure that I prepared myself and did the knowledge to some of the history of Louisiana, New Orleans and all that. I had to do that.

We almost had Lil Boosie too. We almost have one of his songs up in the film ’cause we knew that Baton Rouge is right there. So, we talked about that as well. There was actually at one point a scene was going to take place on a truck driver’s strip on the truck stop casinos. We was thinking about going as far as Baton Rouge. We didn’t, but we know that Baton Rouge is another, in close proximity, feeling the effect as well. But having the time to be on the ground and with the people, I don’t think it’s like something new.

But when you make a movie, when you prepping it, you have to go on location. You have to try your best to capture the reality as you dramatize and I demanded from the producer, who controls all the economics, that we shoot right in Lower Ninth. Basically the Lower Ninth became our backlot.

We spent a lot of days using people’s homes on location. Some of the houses that we shot, next door was an abandoned house. [Main character] Blink’s house was right next door to an abandoned house, which still had an X on his door. And I was like, “What the X’s for?” And I was told, “Those were the ones that was marked off as inhabitable.”

And then you’ll notice in our film, you’ll see that on a lot of locations, we marked off X’s just to keep the authentic idea of what FEMA and Katrina was. And we also found a couple of old FEMA trailers and we brought them in and we put them back in the Lower Ninth. So, we had some fun recreating that.

HipHopDX: Having family from New Orleans who got displaced by Katrina, it was kind of surreal for me to see those recreations. I appreciated the effort of making it as authentic as possible. On a lighter note, one of the crazier and funnier moments in the film was the raccoon punishment orchestrated by T.I.’s character. Where did that idea originate?

RZA: Well, the writer wrote something like that in the script in the beginning. But hold on, it wasn’t a raccoon originally. What’s the other animal you guys got [in Louisiana] that’s like a rat?

RZA: Yeah! It was supposed to be nutrias and they wouldn’t allow us to use them. That would have been crazier, right? [Laughs]

RZA: So I was like, “I’m not taking this scene out.” So, they allowed us to use raccoons. And the idea, the writer wrote that idea of what the raccoons going to do to that guy. And me and the actor, we wanted to identify a name for it. So, I was thinking of pirates and New Orleans and all the history. And I was like, “You gotta walk the plank.” And that’s what we named it, “Walk The Plank.” I thought it was funny. I thought it was funny, of course, and then also it wasn’t funny, right? [Laughs] ‘Cause if that happened to somebody, what a day!”

HipHopDX: [Laughs] Indeed, that’s a day you’d never forget. I did want to ask about the conclusion of the film. It’s hard to discuss without truly spoiling the ending, but was it always designed to end on a high note or did you consider using the false ending that was more tragic?

RZA: You know what I actually left that up to interpretation for the audience. But I will say that I have a particular problem with the monotony of the low note in these types of situations. And what I believe in, and some directors take the chances to say some things and it’s all subjective, right? But look, I’m only here, brother, because I was given a second chance. RZA would not be here if he didn’t get a second chance.

And that to me is important in life for young men and young women with lack of resources. A second chance, I mean, isn’t that the greatest gift you could give someone? That’s the turning of the cheek theory the book is built on. It’s like, “Yo, hold on. Let’s give him another chance.” Now if he messes up on the second time, OK.

[Laughs] If you turn the other cheek and he smacks the other cheek, you can break his arm now ’cause he’s over! But I like the idea of a second chance. And I think we need that for young people. I think young people need to have the optimism versus pessimism.

Cut Throat City is in theaters now. The film’s soundtrack, which features original music by RZA and Ghostface Killah, can be streamed below.