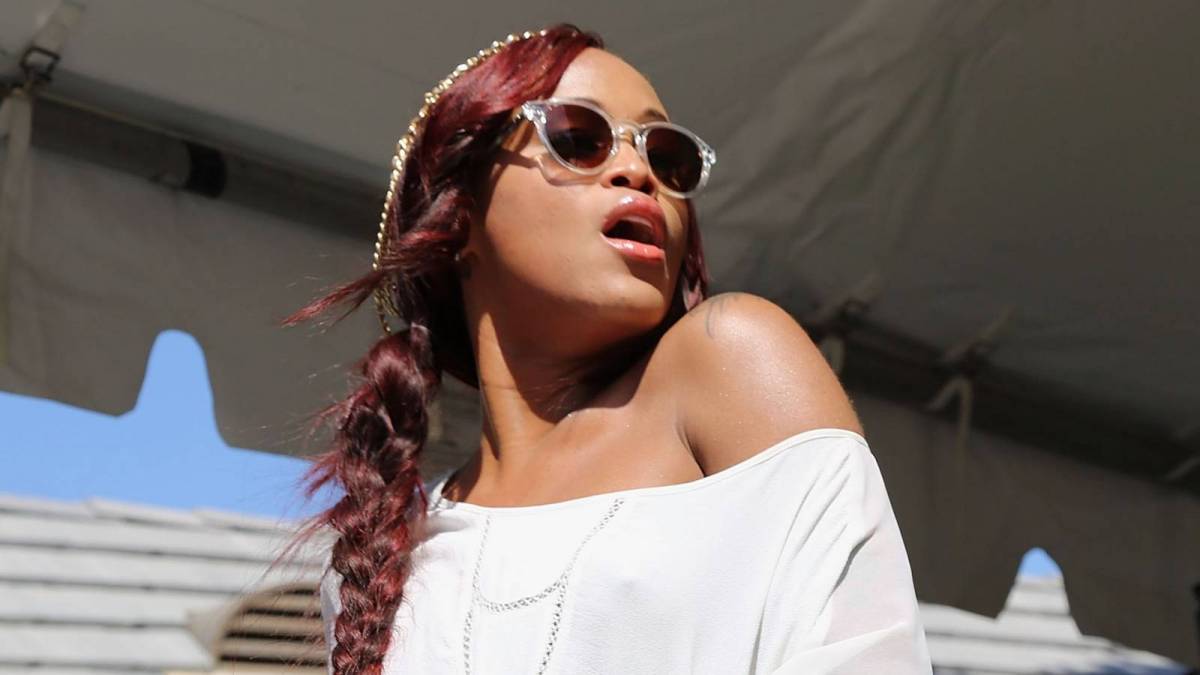 Eve Says Ruff Ryders Never Pressured Her To Exploit Her Body: 'If Anything, They Were Trying To Cover Me Up'

Exclusive – Ruff Ryders legend Eve crossed a major milestone on Saturday (March 6) when her sophomore album Scorpion turned 20. Over the past two decades, the Philly girl has evolved into a Grammy Award-winning artist, prolific talk show host and tenured actress. But as she explained in a recent interview with HipHopDX, she never would’ve been able to achieve her goals had Dr. Dre not dropped her from Aftermath Entertainment in 1998.

Looking back on her Ruff Ryders tenure, she realizes how lucky she was the label never forced her to compromise her values — even when it came to how she presented her image. At a time when Lil Kim and Foxy Brown were flaunting their overt sexuality, Ruff Ryders was actually encouraging Eve to keep her clothes on.

“I loved it,” she tells DX Senior Writer Kyle Eustice. “If anything, they were trying to cover me up, like literally. I would come to the studio and I’d have on my little ass crop top with some tight pants and I never wore sneakers, ever. I never wore sneakers. I always wore heels. And so they used to be like, ‘Can you put on a pair of Timbs and a vest.’ What the hell? They never ever tried to say like, ‘Be this person or be that person or this is selling, so you need to try to do this.’ It was always like, ‘Yo, come in here, come in the studio. Write those bars. Write a great record and we’re good.’ That’s it.” Eve has always been about empowering women — even as a teenager. On her Ruff Ryders debut, 1999’s Let There Be Eve…Ruff Ryders’ First Lady, she turned a poem she wrote about domestic violence into the single “Love Is Blind” featuring Faith Evans, which peaked at No. 11 on the Billboard Hot 100 in 2000. It took her years to grasp the monumental impact that song had on so many women.

“I wrote that as a poem when I was 16 because my best friend was being beaten by this dude,” she explains. “She was like 15. And at the time my friend, she got pregnant by the dude who was like 35, something crazy like that. He would keep her at his apartment and he would punch her in the face and all kinds of shit. Being that young and having a friend come to your door, it was so nuts. So, I wrote the poem and everything is true, except for that last verse. I had to make it into a song.”

The last verse she’s referring to says in part, “I don’t even know you and I want you dead/Don’t know the facts but I saw the blood pour from her head/See I laid down beside her in the hospital bed/And about two hours later, doctors said she was dead/Had the nerve to show up at her mother’s house the next day/To come and pay your respects and help the family pray.”

And while it may be a fictional ending, it’s a harsh reality for countless women across the globe. According to the National Domestic Abuse Hotline, intimate partner violence alone affects more than 12 million people every year. “Love Is Blind” simply shed a spotlight on the often perilous plight young women experience in an abusive relationship. Still, Eve couldn’t fully wrap her head around it until she heard actual testimonials from her fans.

“I didn’t understand impact of actual domestic violence until the song came out and the people would come up to me and tell me like, ‘Thank you for the song’ or ‘My mom was in or I’m going through this’ or ‘It helped me walk away from something and I went to go get help,'” she remembers. “I thought, ‘Wait, wow.’ That was, that was a eye-opener. That was the first time I’ve really figured out that music transcends and touches people in such a way. I knew that people might like my music, but I never understood until that song that, ‘Yo you’re talking about some that is really touching people for real in their lives.’ That was crazy.” 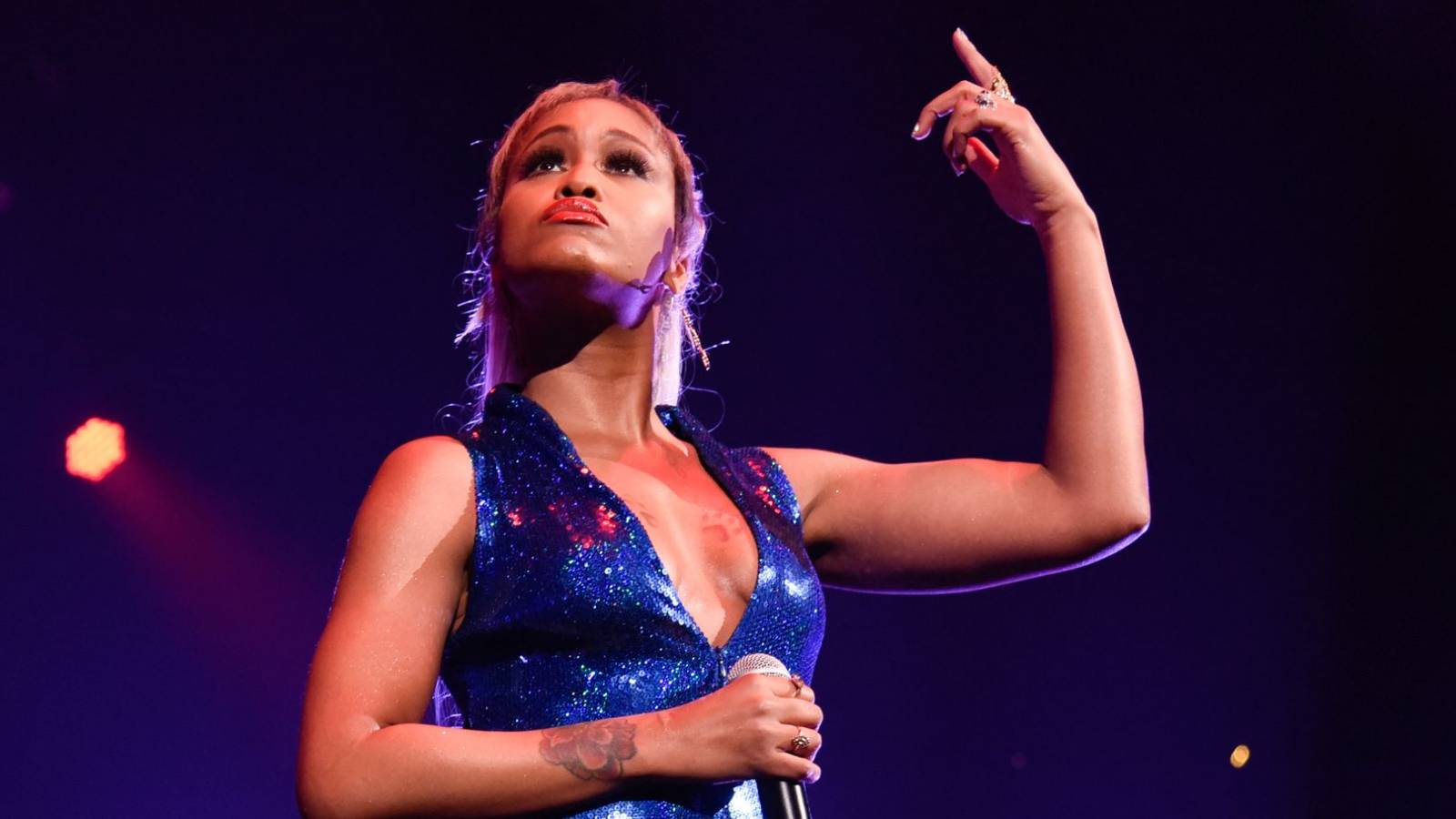 In 2021, women are still fighting for equality and misogyny is very much a permanent fixture in some rap. But Eve is hopeful with artists such as Cardi B, Megan Thee Stallion and Nicki Minaj continuing to make waves in the industry, at least there’s an antidote to some of it.

“Some of these songs that come out, you’re like, ‘What the fuck?’ Some of these songs are so nuts,” she says of some current male rap. “But I have to say, I love the strength and the beauty and the sexiness of being owned by those females who are coming out. They are now doing their own versions of being those bosses and owning their sexuality.

“And yeah, I’m sure for some people, it is a lot. I think there’s now — I won’t say a balance because it’s not balanced —  there is am answer to these guys who are out here doing these things. I think there are a lot of female rappers, women who are out that are like, ‘Oh, fuck you, I’m doing this. This is my stuff. This is me, this is mine.’ And I do love that.”

Eve, who’s married to British entrepreneur Maximillion Cooper and typically based in London, is currently in Atlanta and working on her forthcoming ABC television show Queens with Naturi Naughton. Her Scorpion album was also privy to a recent digital deluxe reissue in honor of its 20th anniversary.