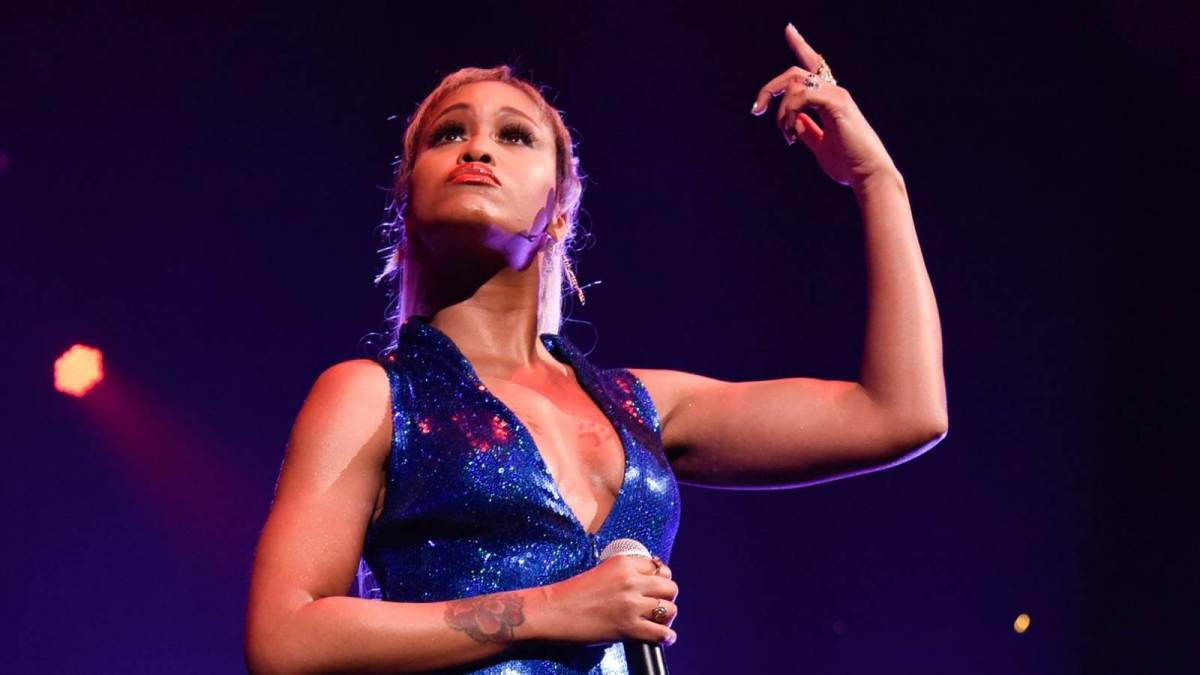 Exclusive – Before Eve was Ruff Ryders’ First Lady, the Philadelphia native was signed to Dr. Dre’s Aftermath Entertainment imprint — but only for a brief period. During an episode of BET’s Ruff Ryders Chronicles, Eve said her contract came to an abrupt and unexpected end in 1998, around eight months after Eminem signed with the label. While she admitted she was initially “devastated,” time has given her a new perspective on the split.

Speaking to HipHopDX Senior Writer Kyle Eustice last week, the Grammy Award-winning MC and former co-host of The Talk discussed the making of her sophomore album Scorpion, which turned 20 on Saturday (March 6), and how life would be different had she stayed with Aftermath under her Eve of Destruction moniker.

“Lord, child,” she says with a laugh. “I don’t think I’d be here. I don’t think we’d be talking about a 20-year anniversary. I don’t think my career would have lasted as long, I think when I signed to Dre, like many artists, I signed and thought this was it. This is fucking it, I’m signed. And I had an attitude. I had such an attitude — and not bitchy but more just like, ‘What’s up. When am I coming out?’ I was so ready to come out, but I did not understand being developed as an artist.

After the “humbling” experience of the Aftermath split, Eve signed with Ruff Ryders in 1998 and went on to release three studio albums with the label, including 1999’s Let There Be Eve…Ruff Ryders’ First Lady, the aforementioned Scorpion and 2002’s Eve-Olution. To commemorate the 20th anniversary of Scorpion, the platinum-selling album has received a proper reissue that includes a deluxe digital version and a special 2LP vinyl package, which arrives on April 16, 2021 (100 special edition signed copies will be available exclusively at Urban Legends).

Although Eve was no longer signed to Dre’s label, their working relationship continued to evolve. In 2001, Dre co-produced her Grammy Award-winning duet “Let Me Blow Ya Mind” featuring No Doubt singer Gwen Stefani as well as “That’s What It Is” featuring Styles P — which both live on Scorpion. But winning a Grammy in the Best Rap/Sung Collaboration category wasn’t about industry clout for Eve — it was very much about her mother. 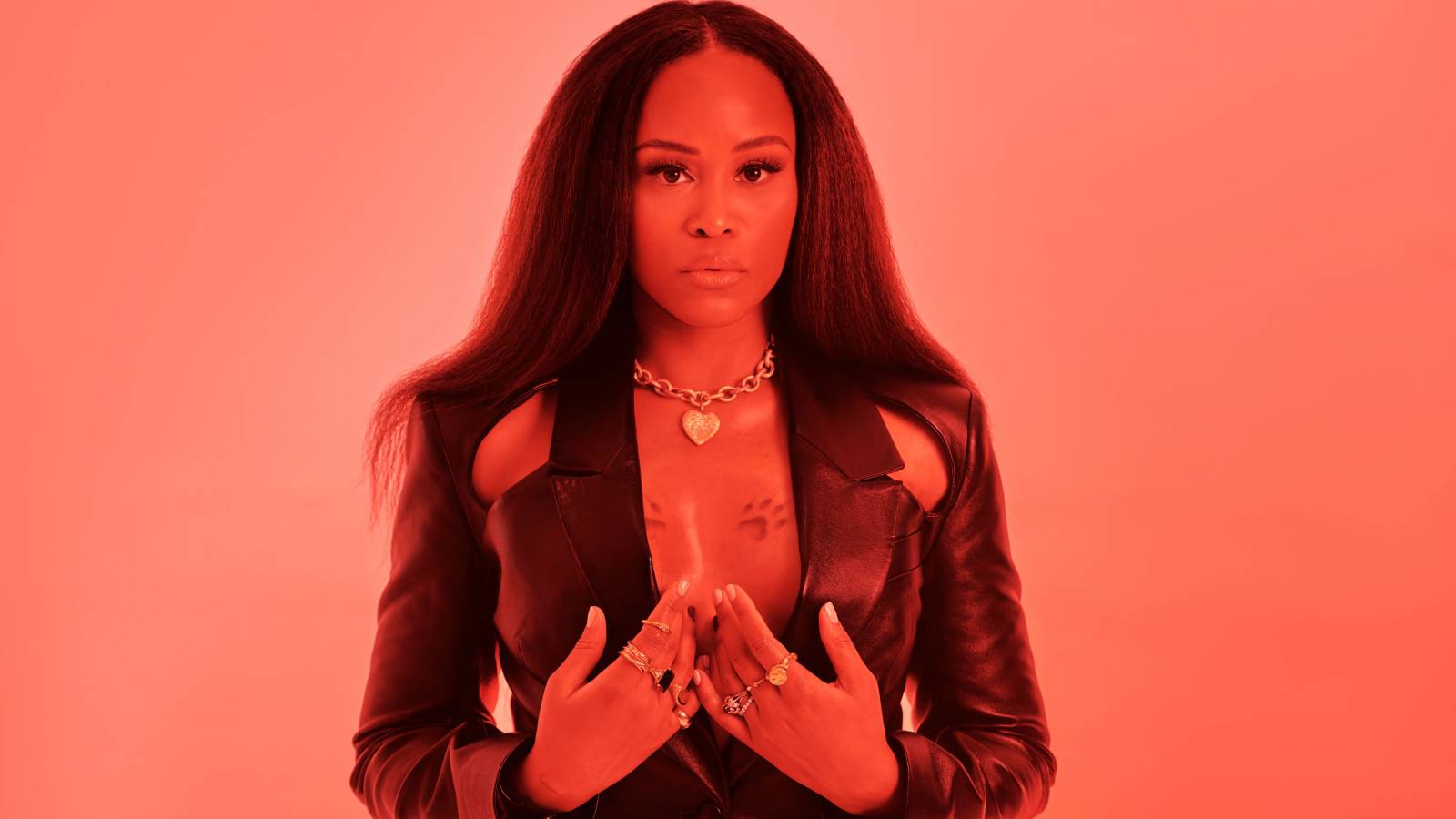 “It did [blow my mind],” she admits. “But you know what? Honestly, that Grammy was confirmation — not so much the about the industry, I didn’t give a fuck about that part. It was the confirmation that all this fucking stress, all this time that myself and other people … even my mom, proving to my mom … because in high school, I was busy recording so I fucked up in high school.

“I did get my diploma, but I never walked down the aisle. So for me to get that Grammy and walk down the aisle when she was there, that was confirmation. Like, ‘Mom, it’s going to be OK. It’s real.’ She was worried. And that was a conformation for me like, ‘Yo, I’m really supposed to be doing this. I’m really supposed to be doing this.’ So yeah, it was amazing.”

Although Eve hasn’t released a proper studio album since 2013’s Lip Lock, she tested the waters in 2019 with the single “Reload” featuring Jamaican artist Konshens and was planning to follow up with a full-length project — but it never came to fruition. Eve admits she thinks it needed more work.

“When we released ‘Reload,’ that was supposed to be the album and then we kind of took a step back,” she explains. “It was more like dipping my toe back in just to see what the climate was. I definitely want to put something out. I want, though, to make sure it is representative of where I am now. And ‘Reload’ definitely is, but I don’t think the rest of the album was yet. But of course, I’ll always come back to music.”

In the meantime, Eve will be focused on promoting her latest acting endeavor Queens with Power actress Naturi Naughton. The show revolves around four women in their 40s who reunite in an attempt to recapture their glory days as part of the girl group, the Nasty Bitches.

Eve will star as Brianna, one of the members of the girl group. Previous acting roles include Barbershop, Barbershop 2: Back in Business and Barbershop: The Next Cut.

Check out the digital deluxe version of Scorpion above and a look at the vinyl reissue below.