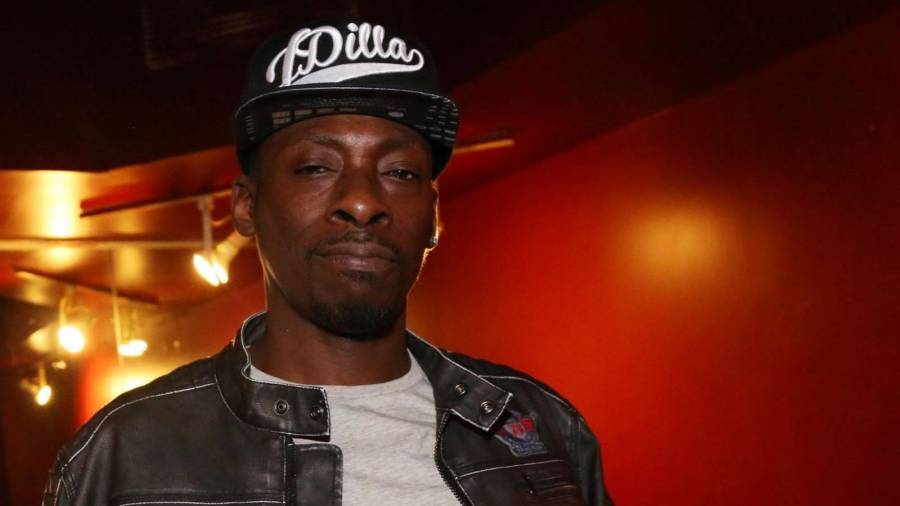 Pete Rock’s production discography is unsurprisingly stacked — from his early work with Heavy D & The Boyz and Nas to Kanye West and Busta Rhymes, the legendary beatsmith has collected a sonic arsenal of credits over the past 30 years plus.

But there’s still some holes in Rock’s roster he never had the opportunity to fill. Not only was The Notorious B.I.G. murdered in 1997 before they really got a chance to build, but Sean Price also passed away prematurely not long after they’d worked together on Rock’s collaborative project with Smif-N-Wessun, 2011’s Monumental.

While Price contributed to the song “That’s Hard” featuring Styles P, which was co-written and produced by Rock, that was the extent of it. Speaking to HipHopDX Senior Writer Kyle Eustice, Rock suggested he felt Monumental never quite got the props it deserved (despite a 4.0 rating from DX) but more importantly, it left him wishing he could’ve worked with Price again before he died.

“Shout out to Smif-N-Wessun,” Rock told DX. “That was so impeccable, such a good record. Nobody really talks about that.”

When asked if that “frustrated” him, he replied, “Yeah, I was frustrated about not working with Sean Price more. I wanted to work with him more and I never got the chance. He did get in a couple of beats of mine, so I have to be happy with that. But yeah, Tech and Steel are my brothers — shout out to them, Duck Down [Records] and Buckshot.”

Rock’s relationship with late rapper Heavy D, who also happened to be his cousin, was also cut short in 2011 when he died of a pulmonary embolism. But at the height of Heavy D’s career, a freak accident during one of his shows ultimately led Rock to craft one of the most recognized Hip Hop beats of all time — “T.R.O.Y. (They Reminisce Over You).”

Released in 1992 on the Pete Rock & C.L. Smooth album Mecca and the Soul Brother, “T.R.O.Y.” was a dedication to Rock’s good friend Troy Dixon who died in 1990 while touring as a backup dancer for Heavy D & the Boyz.

“The stage was 20 feet high and they were playing with garbage cans, throwing them at each other,” he recalled. “He was playing with one of the guys down with Kid-N-Play and they were just messing around. But when they were throwing the cans at each other, his foot slipped off — he was near the inside of the stage or whatever, and his foot slipped — and he fell 20 feet. It was a total freak accident. He had to have been really young, maybe about 20 something.”

Dixon is the sole reason Rock never gets tired of hearing or talking about the song.

“I made that song for my homeboy that passed away, so it just reminds me that I was successful in doing that song for my boy,” Rock explained. “Every time I hear someone give me props on ‘Reminisce,’ I think about him.”

Not long after Dixon’s death, Rock was record digging with Main Source MC/producer Large Professor when Large Pro showed him the 1967 album The Honeysuckle Breeze by Tom Scott that included the song “Today,” a cover of a Jefferson Airplane cut. The horns in the song wound up being the preeminent sample used for “T.R.O.Y.”

“I didn’t discover the record first,” he said. “I think Professor knew about the record and when I found it with him, I was just like, ‘Wow.’ He already knew about it and Black Sheep had already used it. They used it on their first album, but they only used the guitar, the beginning of the ‘Today’ record. They didn’t go deep into the record. They didn’t use the bassline and they didn’t use their horns. I went deep sea diving into that muthafucka.”

“T.R.O.Y.” peaked at No. 1 on Billboard’s Hot Rap Chart at the time of its release and just No. 58 on the Billboard Hot 100 but remains a timeless Hip Hop classic. It’s been referenced in numerous songs, including Gang Starr’s “My Advice 2 You” off the Moment of Truth album, Kanye’s “Can’t Tell Me Nothing” and De La Soul’s “Ego Trippin’ (Part Two).”

“We were just talkin’ about community stuff, growing up in the hood and going to house parties,” he said of the track. “In our teenage, there used to be a little liquor around, a little beer. We were engaging at a young age, having fun, being young and just doing what we do. So, ‘T.R.O.Y.’ is basically a real life record, it’s just a real life song. That’s all it is. Just reflecting on the things you would see every day in your neighborhood.”