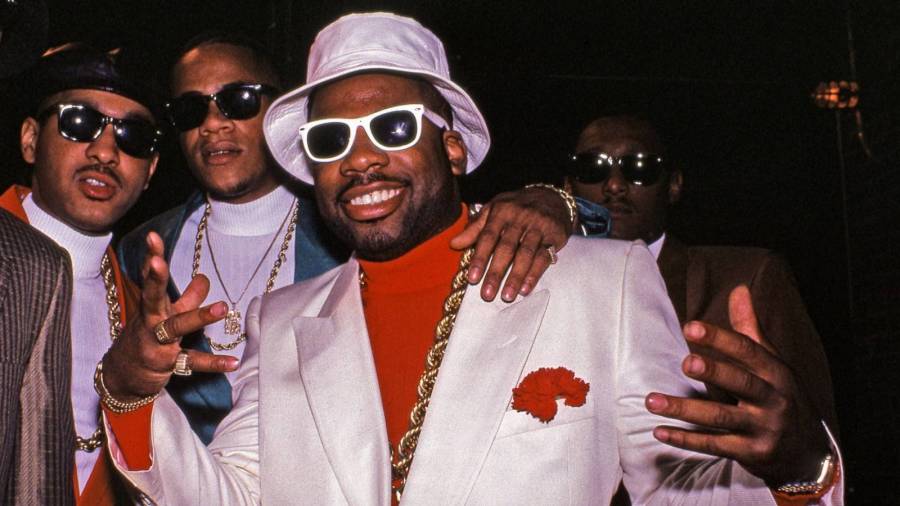 Public Enemy mastermind Chuck D was at the scene not long after Jam Master Jay was gunned down inside his Jamaica, Queens recording studio on October 30, 2002. As Chuck remembers it, it was rainy night and the energy in the air was just “weird.”

On Monday (August 17), Karl Jordan, Jr. and Ronald Washington were arrested for the Run-DMC legend’s murder, 18 years after the tragic shooting. The news understandably sent shockwaves through the Hip Hop community.

“It wasn’t a good day all the way around,” Chuck tells HipHopDX. “Just a bad, sad ass day, especially when you consider Jay’s family. His brother, his mom and his sister are all deceased now. So, given the stress of killing one person killed probably so many people in their families as well that revolved around Jay, so it’s just unfortunate, disappointing and sad. I don’t know what any of it means. All I know is what happened was tragic all the way around. Jay is the reason I’m in this game.”

When speaking about the night JMJ was killed, Chuck says, “It was weird because I saw the news on TV, so me and [Public Enemy videographer] Kyle Jason went over there. My whole thing is Jay goes around the whole world to be helpful to so many people, comes back and is killed in his own hometown. To me, it taught me a lesson — trust far and few.”

Former Yo! MTV Raps co-host Doctor Dre was also on the scene the night of JMJ’s murder.

“My initial reaction happened that evening when we went to the studio,” Dre explains to DX. “In one of those documentaries they did, they were like, ‘Oh, that was Ed Lover out there,’ which is really funny ’cause myself and Keith Shocklee were both out there when first heard. I don’t know who showed up at what time but when we heard about it, we went out there; it was very fresh.

“Now we have to see if justice is served. My feelings won’t happen until the conviction, but the conviction won’t matter because one man is already serving time. We don’t know what the other man is gonna be charged with. It’s all great they were arrested, but will they get convicted? Where’s the truth gonna come out? There’s still too many questions and holes in the story.”

“To go along now when everybody start saying, ‘Oh Jay was a drug dealer,’ nobody knows for sure,” he adds. “That’s a speculative comment. If that was true, then why doesn’t anyone ask, ‘If he was doing that and he was a part of the rock-n-roll legendary group Run-DMC, what happened?’ We all have financial issues when the light is bright on us because our expenses remain the same, but our resources start to diminish. Remember, it was Jam Master Jay who signed 50 Cent to a deal. All these other deals were brewing before this happened, so was he doing what he had to do to survive?” 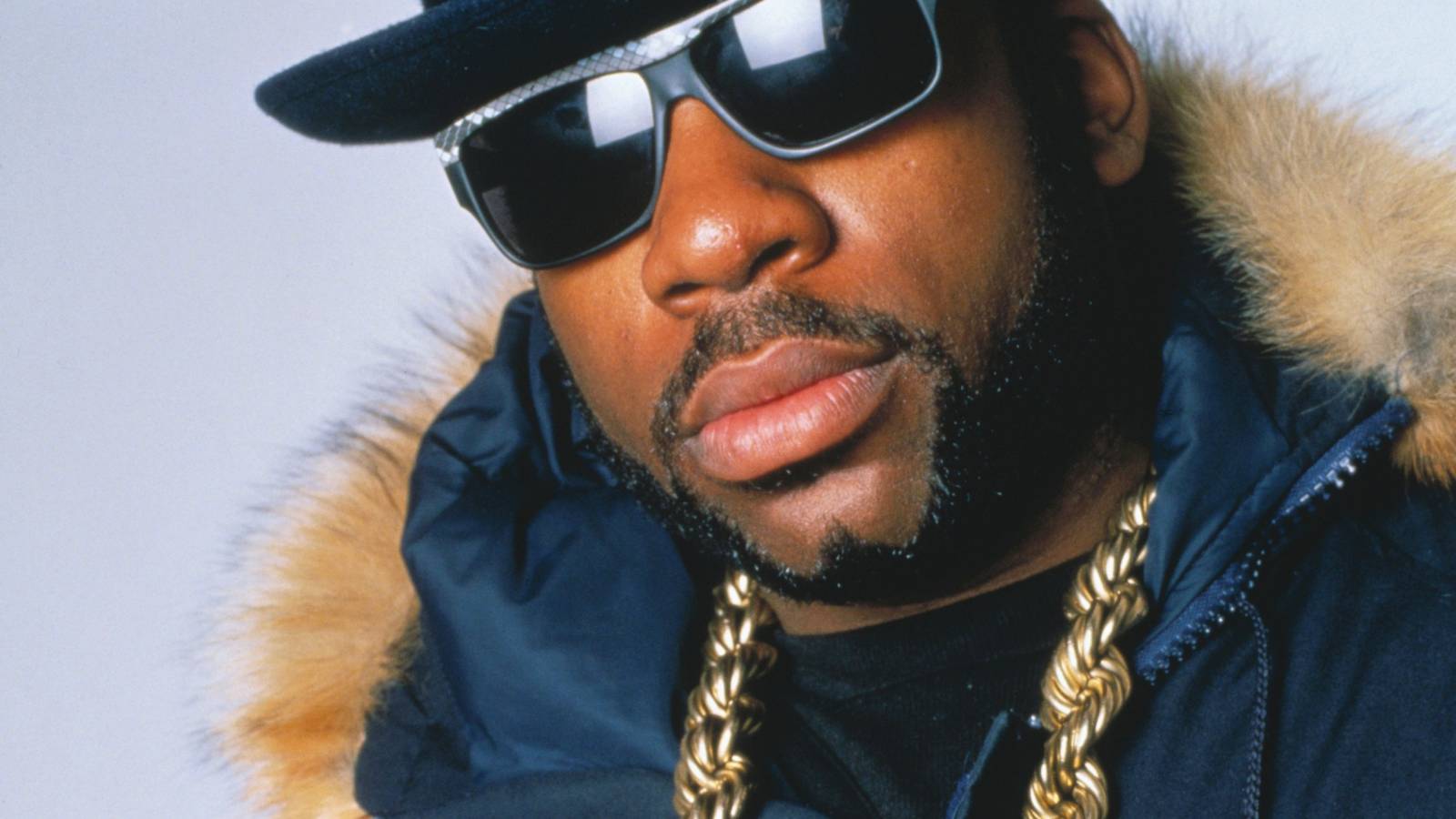 He continues, “It’s funny how in America we can praise John F. Kennedy’s father and he was a drug dealer, but he called it liquor at the time. We can praise Al Pacino for playing Scarface. We can praise Walter White from Breaking Bad for doing what he did, but yet you gonna try to attack Jam Master Jay’s legacy?

“You don’t know what he had to do to keep his family afloat. A lot of people do that. It’s not a drug thing to get people hooked. It’s a drug thing so I can pay my bills, so I can stay in business, so I grow and be who I am. The one thing about the entertainment industry is there’s no retirement plan unless you make your own.”

As Doctor Dre began to wrap up his statement, he had one suggestion.

“Let’s do one thing and play Jay’s verse on [the Run-DMC song] ‘Pause,'” he says. “Let’s pause, how ’bout that? Jay was a loving dude. He was a true dude. He was one of my best friends in the business and we had a lot good times on the Raising Hell Tour when I was DJing for the Beasties.

“I don’t care what he did, I love him. I got nothing but real love for him. I wanna see what happens after the trial, if they’ll be convicted and how much time the other person gets. It only took 18 years to figure this out — they found Jimmy Hoffa faster than this!”

Much like Chuck D, 3rd Bass legend MC Serch credits JMJ with his place in the culture.

“Jay is the reason I even have Hip Hop in my life as a career,” Serch reveals to DX. “He saw me rhyme, saw my talent and took me upstate to perform with Davy DMX to open for Run-DMC. He was a big brother, my mentor and my daily inspiration.

“I keep a beautiful Jonathan Mannion image of his Shell Toe adidas chain and his funeral booklet in my office to allow his memory to watch over me. I am glad that his family can now put this to rest once and for all and allow justice be served.”

Hieroglyphics MC Tajai’s entire rap style was born from Run-DMC and Too $hort. Run-DMC, in particular, was a heavy influence on his career and growth as an MC. The news brought up mixed emotions.

“As one of the great three unsolved murders in Hip Hop, it is bittersweet to see the movement on this case,” he tells DX. “My heart hurts for the family, who have had to deal with the pain for nearly two decades. Yet I am also happy that they can have some closure, which I pray brings them at least a measure of peace. My heart also hurts for all murder victims in our community, who so often are killed by close friends and family. There’s a sick cycle of violence in America and I pray that we can break this cycle soon.”

“First and foremost we want to thank everyone who has reached out in support of our family today,” JMJ’s family shared on Instagram. “We appreciate your kind thoughts and words. Upon hearing this news we have mixed emotions; we truly hope that these indictments are a solid step towards justice being served in the murder of Jay.

“We realize that there are other families out there who have lingering pain who continue to wait for their own closure, and we pray that this case gives them hope. In spite of all the tragedies we’ve seen this year alone, we take comfort in our family, our faith and in time’s ability to heal all. We can only hope that this news brings awareness to the fact that Black lives do matter.”

DMC added, “Although this latest news opens up a lot of painful memories for all of us who knew and loved Jam Master Jay, I’m relieved to hear that 2 suspects have been arrested and charged with his murder,” he wrote. “It’s been a difficult 18 years not having him around while knowing that his murderers were not yet indicted for this heinous crime.

“I commend NYPD, NYC Detectives, Federal Agents and all the law enforcement who were involved in this case, for not giving up and working to bring justice for Jay. I realize this is a first step in the judicial process, but I hope Jay can finally Rest in Peace. My love to Jay’s wife Terri, his sons, his family, his friends, and all of his fans. #JMJForever”

Jam Master Jay was only 37 at the time of his death.