Brooklyn, NY – Pop Smoke is evidently no snitch. According to the New York Post, the late Brooklyn rapper was pressed multiple times by the New York Police Department in an effort to get Pop to snitch on the 823 Crips.

The first attempt was in December 2019, when Pop was arrested for allegedly possessing a stolen $375,000 Rolls Royce Wraith and transporting it from California to New York. An NYPD gang unit detective reportedly interrogated him for hours about a non-fatal shooting in Canarsie six months prior because investigators claimed they had video of Pop driving a car backwards near the scene of the crime. The investigator also grilled him about Brooklyn’s 823 Crips but was unsuccessful.

“Any conversation with Pop about cooperation was a very short one,” Pop’s lawyer Peter Frankel said. “It’s something he would never entertain doing.”

When Pop refused to cooperate, he was hit with federal charge in January in addition to six state charges, which Frankel said was likely to put pressure on him to talk.

“They hoped the force of the federal indictment would persuade him to cooperate — meet and speak with them,” Frankel added. “It’s not uncommon for the federal government to become involved in an investigation when they believe that doing so will help them in a way a state court prosecution may not be able to do.”

When Pop was arrested by the FBI at JFK Airport on his way back rom Europe, a source said the same NYPD gang unit detective was there to confront him about the 823 Crips and another non-fatal shooting in Jamaica, Queens. Again, Pop declined to comment.

Pop was ultimately released on $250,000 bond and, as part of his release conditions, agreed to avoid known gang members and submit drug tests to US pretrial services. As a result, he was blocked from performing at an event called the BK Drip Concert in Flatbush on February 16.

As noted in a February 7 informational memo in Pop’s federal case, they’d been notified by a field intelligence sergeant from the 70th Precinct that several of the scheduled performers were identified gang members, “specifically 8 Trey Cowboy Crip, 90’s G-Stone Crip, Slattery Boys and Vice Lords.” 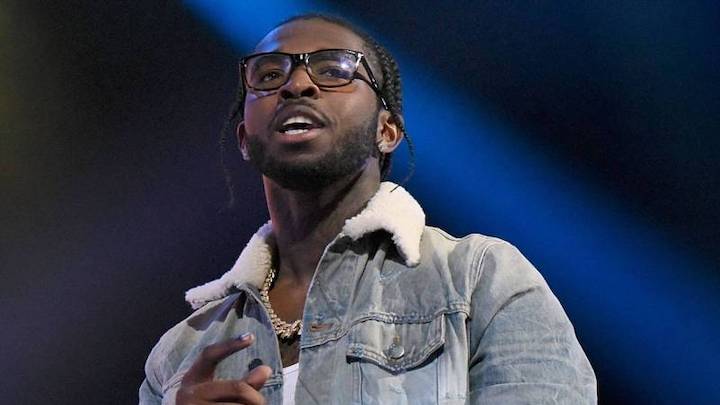 The memo continued, “Furthermore, these artists have been identified by the NYPD as perpetrators with violent criminal histories, with the defendant and one of the other artists remaining persons of interest in a non-fatal shooting that took place in Queens on January 4.”

Three days after Pop was scheduled to perform at the event, he was fatally shot at a home in the Hollywood Hills. He was 20. In the wake of his death, Pop’s first posthumous album Shoot For The Stars, Aim For The Moon debuted at No. 1 on the Billboard 200. Meanwhile, multiple suspects have been arrested who are believed to be connected to the murder, including two juveniles.