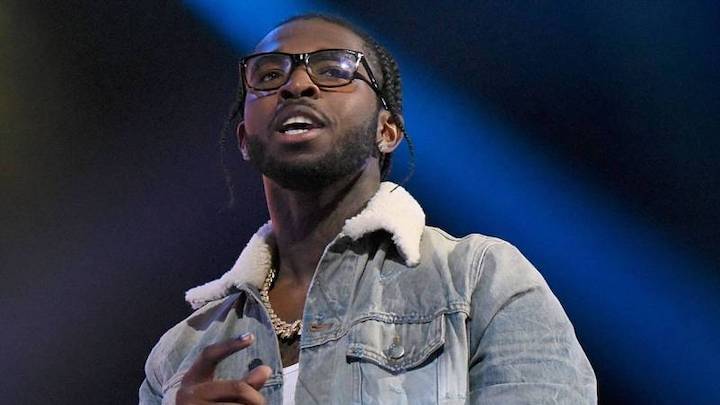 Pop Smoke is on pace to have one of the biggest Hip Hop debuts of 2020.

According to HITS Daily Double, the NYC rapper’s posthumous album Shoot For The Stars Aim For The Moon is estimated to earn around 175,000 to 195,000 equivalent album units. It would mark Pop’s first No. 1 effort.

Shoot For The Stars Aim For The Moon is also expected to have major success in regards to streaming. HDD is reporting around 200 million streams for Pop’s album, a giant jump form when the “Dior” artist released Meet The Woo 2 in February. That project debuted at No. 7 on the Billboard 200 with roughly 36,000 units earned.

The album endured a bit of controversy following the rapper’s death in February in Los Angeles. Weeks after Pop’s death, 50 Cent said he would finish and executive produce the album and had plotted a course for not only its release date but featured guests.

“He told his mom, he wanted to take her to a award show. So I’m gonna make sure his album gets her there,” 50 wrote in March about SFTSAFTM and fulfilling a promise to Pop’s mother.

In total, the 19-track album from Pop features a who’s who of highly touted Hip Hop favorites including Quavo, Lil Baby, DaBaby, Future, Roddy Ricch and others. Even after the controversy surrounding the Virgil Abloh designed album art, fans have not only championed 50’s efforts in getting the album released, but how he managed to honor Pop’s legacy as well.

50 Cent has one of the best ears in hip hop history. He just knows what sounds good. He executive produced all the early G-Unit mixtapes and albums and he picks the perfect beat every time. He showed this here. You can tell how much he cared for Pop Smoke.

Shoot For the Stars Aim For The Moon is everything I wanted from Pop Smoke’s posthumous album. 50 Cent and the team have done such a good job with this. Bangers from start to finish, highlighting Pop Smoke’s sheer talent, and the immense potential he had…

How many albums have tracklists with features that look like this and actually turn out good? I told y’all never to underestimate 50 Cent’s ear for music.

hearing Pop Smoke say “lemme take you to the candy shop” on a song with 50 cent when he could’ve been the next 50 😔 pic.twitter.com/IiDHAQZIcG

love you @POPSMOKE10 rest in fucking peace thank you @50cent for making this perfect and giving us something great to remember his legacy, woo 💫 pic.twitter.com/MvhXNUHKNh

i’m so happy with this album, shoutout 50 and the pop smoke team.