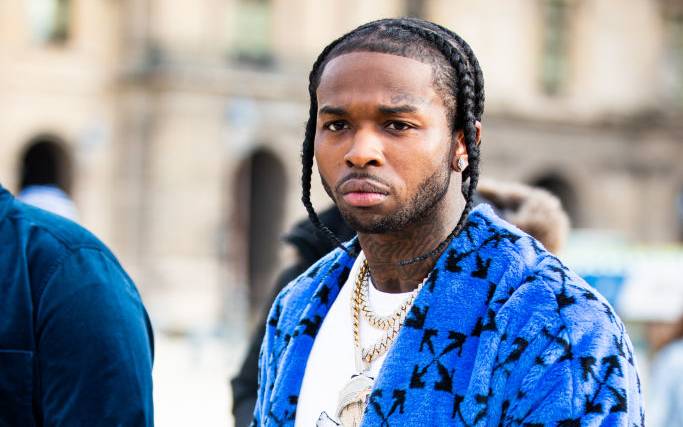 Brooklyn drill torchbearer Pop Smoke was reportedly arrested on Friday (January 17) after police say he tried to move a stolen 2019 Rolls-Royce Wraith from California to his New York City hometown.

According to court documents obtained by TMZ, the 20-year-old rapper born Bashar Barakah Jackson originally met the car’s owner in November at a recording studio in Los Angeles. It was there they entered a verbal agreement for the car to be used in an upcoming music video in exchange for some “V.I.P. treatment” at a later date.

NIGGAS SAYING THEY OUTSIDE BUT ION NEVER SEE THESE NIGGAS WHERE I BE AT?FIRST PARIS FASHION WEEK SHOUTOUT @virgilabloh @off____white FOR HAVING ME?CHRISTOPHER WALKING DROPPING MIDNIGHT??

Once the car didn’t get returned the following day, the owner reported the car stolen when he tracked the GPS and discovered it was somewhere in Arizona. The next month, Pop Smoke allegedly posted the car on social media — complete with a New York geographical tag — before later deleting it.

Pop Smoke was apprehended at JFK after returning from Paris Fashion Week. He’s scheduled to be arraigned on Friday afternoon with Brooklyn prosecutors handling the case.

He was recently featured on Travis Scott’s JACKBOYS compilation album via the single, “Gatti.”