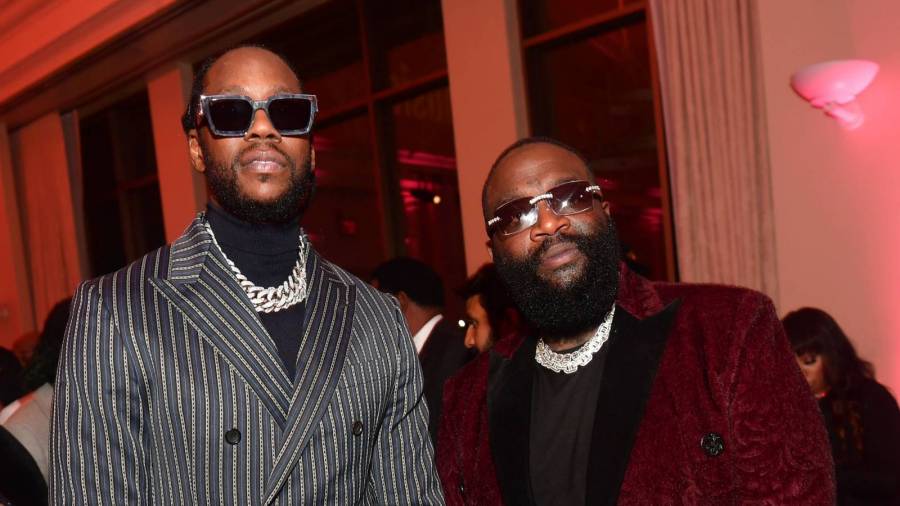 Battle Of The Boast: Rick Ross & 2 Chainz Confirmed For Verzuz

Forget Bow Wow versus Soulja Boy or Juicy J versus Nas (not that anybody believes that will actually happen), Verzuz has confirmed the next battle: Rick Ross versus 2 Chainz.

The official Verzuz Instagram account made the announcement on Tuesday (July 28) using a slick photo of a black and red McLaren with the words “RICK ROSS V 2 CHAINZ” across the top. As noted in the caption, the event goes down on Thursday (August 6) at 5 p.m. PT/8 p.m. ET.

Swizz Beatz and Timbaland’s Verzuz series kicked off in April with RZA and DJ Premier going head-to-head shortly after the COVID-19 pandemic started infiltrating the globe. Subsequent matchups included Erykah Badu and Jill Scott, Teddy Riley and Babyface and DMX and Snoop Dogg. As the platform became increasingly popular, Apple Music took notice and decided to partner up with Swizz and Timbo earlier this month.

According to a press release, episodes will be simulcast live on Apple Music and Beats 1 simultaneously as the Verzuz Instagram Live channel. They will also be exclusively available via Apple Music on-demand following the live stream. Apple Music plans to work alongside Swizz and Timbo to produce new episodes of Verzuz to “continue giving fans a truly premium, high quality shared experience.”

In terms of the impending battle between the artist formerly known as Tity Boi and the Maybach Music Group boss, it should provide for an interesting event.

Chainz’s catalog stretches back to 2004 when he appeared on the Infamous 20 single “Fightin’ In The Club” alongside Chingy and Lil Fate. His first mixtape, Me Against The World, arrived in 2007 and ultimately led him to Def Jam Recordings where he dropped his debut studio album Based on a T.R.U. Story in 2012. He’s dropped five additional studio albums since then and has appeared on numerous tracks with nearly every big name in the rap industry, resulting in millions of sales.

Meanwhile, Ross got off to an explosive start in 2006 when he released the “Hustlin'” single. The success of the song resulted in a bidding war between Diddy’s Bad Boy Entertainment and Irv Gotti’s Murder Inc. imprints.

Ross eventually ended up signing a multimillion-dollar deal with Def Jam instead. His inaugural album, 2006’s Port of Miami, debuted at No. 1 on the Billboard 200 chart as did his sophomore effort Trilla, which arrived in 2008. Ross has 10 solo albums under his belt and, like Chainz, a multitude of collaborations.

Fans can watch the battle on the Verzuz IG account or Apple Music.