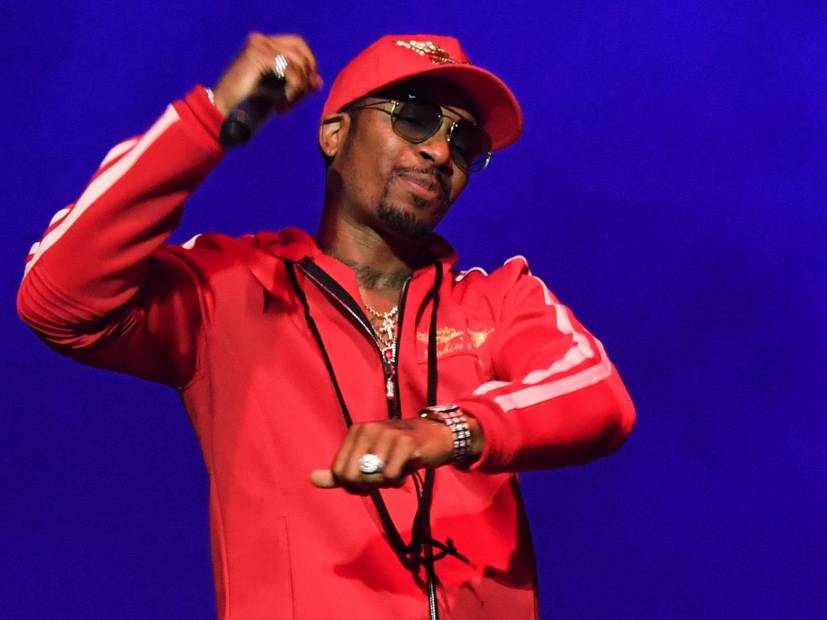 Chingy inadvertently changed the Hip Hop landscape in 2003 when he unleashed his debut album Jackpot. The multiplatinum single “Right Thurr” quickly became a cultural phenomenon and suddenly, “thurr” and “hurr” were integrated into Hip Hop’s lexicon.

But, as he explained in a recent interview with HipHopDX — that’s simply how the Missouri native speaks.

“That’s just how I talk,” he tells DX. “It was nothing I was trying to make up. I think it’s very historical that it still lives on. I literally made history with that. And even with the song [‘Right Thur'”], it’s like an antique car. It’s classic. It don’t age. It just shows me people recognize my style, my music, my creation and my art — and it lives on.”

Chingy’s thick Southern accent once again takes centerstage on his new single, “The Whoa Down.” The song came to life last December in the spirit of “Old Town Road” by Lil Nas X and carries the same energy that put Chingy on the map.

“I remember that morning getting up, I had this idea in my head for this beat,” he recalls. “When we got to the studio, I asked Tyler, ‘Let me see the drum machine’ and I just made the rhythm section to the beat. I had Tyler put some guitar and bass and stuff on there and then Meg, she already had that title ‘Whoa Down.’ So me and Meg started making the hook out of it. I went in the booth, laid my verses down and that was that.

“When you listen to ‘Old Town Road,’ I think people gotta understand is the way they singing it is country style, but everything about the music is trap. I wouldn’t say that’s a country song, but then getting Billy Ray Cyrus on it made it more country.”

Interestingly enough, Chingy had already contributed to an alternate version of “Old Town Road” to help out a friend who’s the president of a construction company called KAI Design.

“We re-did ‘Old Town Road’ and called it ‘Old Construction Road’ because we were trying to get more young people to get into the construction industry and to give them jobs,” he says. “We wanted to let them know, they don’t have to deal with poverty for real if they want to work.”

That’s just another example of Chingy’s growth as an artist and a human being. Many years ago, he opted to stop using the words “bitch” and “hoe” in his music. The now 40-year-old father realized he wouldn’t want any man speaking to a woman he loves that way.

“I got a baby sister, I got a daughter, auntie, grandmother, mother and I just didn’t feel the need to keep doing it,” he explains. “I didn’t feel the need to keep on using degrading language toward individuals that I’m speaking of in my music. You may have heard me say ‘chick’ or something … but ‘bitch’ is a female dog. That’s what the word means, right? So when you say that, you just calling the female a dog.” 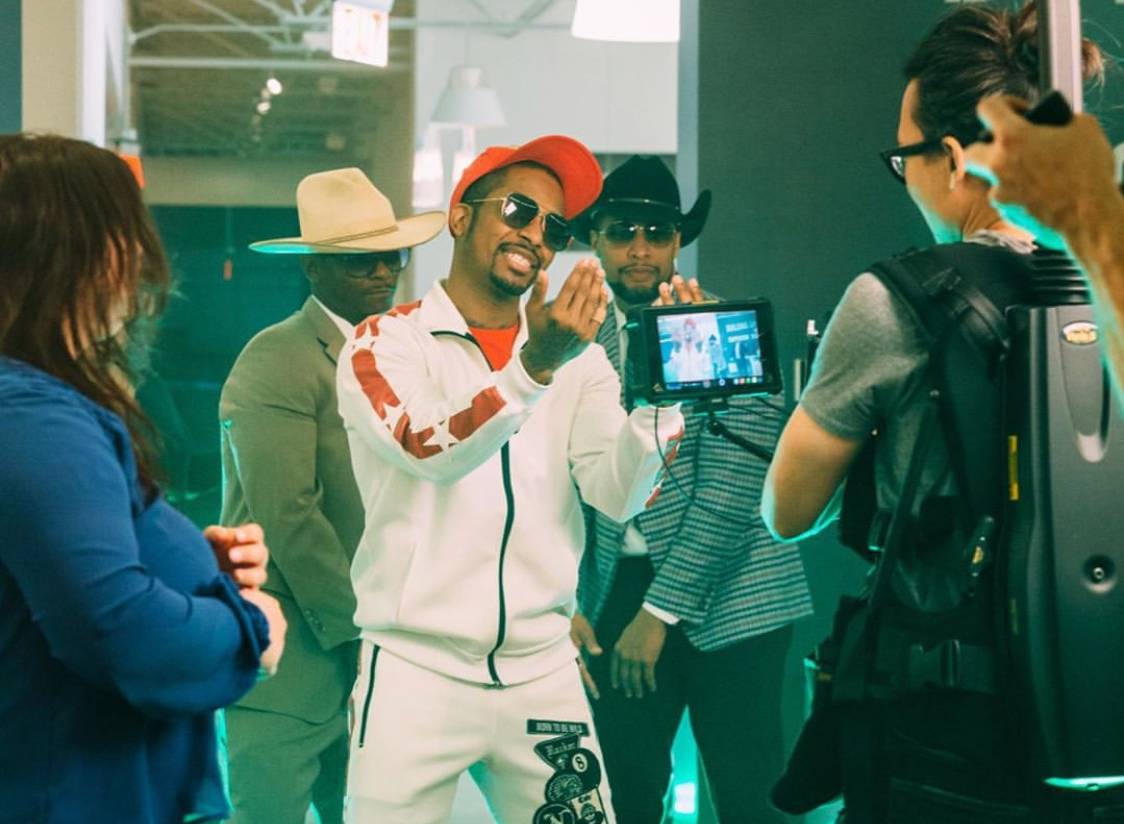 While he’s aware some women call themselves a “bitch” and find some sort of self-empowerment in taking the word back, he believes it’s something that could change.

“I think it comes with growth and experience to where you start to learn, ‘OK, this term is degrading. Why am I calling my best friend a bitch?'” he says. “I think in time, they’ll begin to see it. It’s slang talk it and that’s what people use, but I think they’ll come to grips and realize some of that’s worthless.”

It’s about that time to take back what’s yurrs. Elevate past the ignorant minds and ascend to the all knowing mind. Truth is what you act out not what you say. Thoughts are the children of yurr brain. What is a man- man is a composite of the YOUniverse #love #youfirst #safe

By this time, Chingy, Nelly, St. Lunatics and the rest of his St. Louis rap brethren had really established their own unique style of dressing and it started to spread throughout the rap community.

“You had to have your baggy shorts, you had to have your tall t-shirt,” he recalls. “I used to have on layers of tall t-shirts. I’d have a tall t-shirt on, one longer that’s under that, then another one that’s longer under that. Then I’d layer them. Then I have my white Air Forces Ones on with my shoe strings that match my t-shirt and a durag — but I made it look good. When you think back on it, it’s really funny, but that’s how we was rocking back then.”

#tbt that I call #throwbackthurrsday a young me and @joebudden after a show in 2004. We been out hurr grinding doing what we love. #art #love #progress

But the members of the St. Louis Hip Hop scene didn’t really get the recognition they deserved for the influence they had on early 2000s Hip Hop fashion.

“A lot of the St. Louis artists like Nelly, St. Lunatics and myself, it’s a lot of things they don’t give us credit for that we would deserve credit for in terms of what we did for fashion,” he says. “A lot of that stuff, we made it really popular — not necessarily wearing the durag but how we wore it, how we wore wristbands and headbands, certain t-shirts and jerseys.

“St. Louis isn’t really a major hub for Hip Hop, but you had a couple of artists come out of there that made history in the Hip Hop and musical community. You won’t forget Nelly. You won’t forget Chingy. You won’t because we came out and made a difference. In some ways, we changed how people viewed things. I changed the way people talk. I’ve changed dance with a dance from a song, you know what I’m saying? Nelly, he did the same thing. He changed the game. We changed things and we made history with this stuff that you can’t forget. But we don’t get the credit.”

But Chingy isn’t tripping, explaining, “I know the truth. But when certain outlets get to talking about these things, I guess they don’t really give us the credit because we may not have a song out at the time that’s rotating and popular. Or, we may not be relevant in that moment for having a song out or something like other artists. But you know, it’s all good. We know. The real fans and the real people know.”

Now, the self-described “spiritual character” has his eyes firmly set on the future albeit through a much different lens than his former, headband-wearing self.

“I just keep it moving,” he says. “I appreciated everything that went and how it went off. You have your ups and your downs. You have your balances and your imbalances. You have things that you have to learn. You mess up along the way, but you grow to learn and you figure some things out. In your present moment, you just try to change what you can and accept what you can’t.”

“The Whoa Down” is currently available on all streaming platforms. Check it out up top.