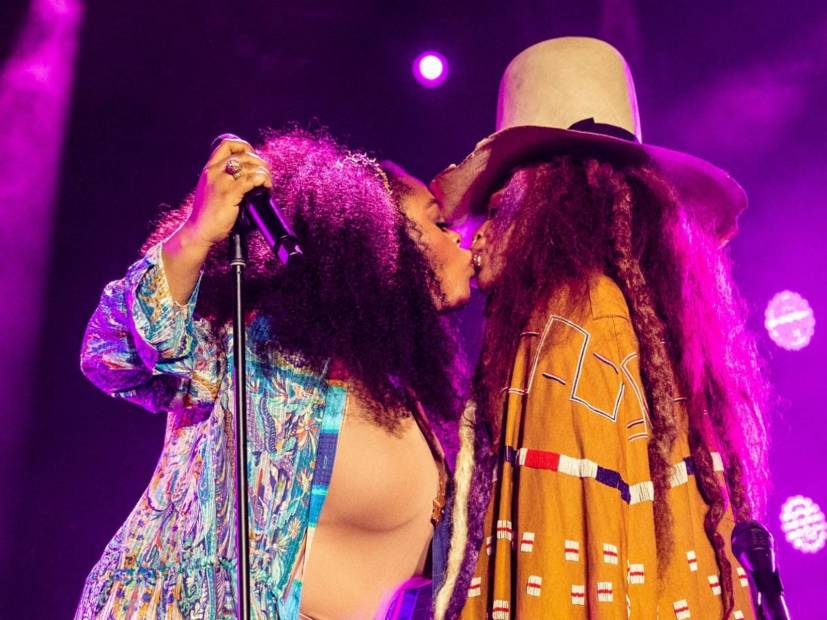 Erykah Badu and Jill Scott’s Instagram Live battle got underway on Saturday (May 9) at 7 p.m. EST — but it wasn’t a battle at all.

Instead, it was more like two good friends simply playing their favorite cuts as over 700,000 people watched. Ms. Badu shared a bevy of classics — from “Appletree” and “Next Lifetime” off her 1997 seminal debut Baduizm to “Cleva” from 2000’s Mama’s Gun.

However, the most mind-blowing moment came when both women shared their various iterations of The Roots’ “You Got Me.”

Unlike the RZA versus DJ Premier and Teddy Riley versus Babyface battles, the battle between the two neo-soul goddesses wasn’t marred by technical difficulties. Rather, Scott sipped a glass of red wine while Badu played Bruce Lee film clips in the background.

Queen Latifah, Ashanti, Ludacris, E-40, Fat Joe, Virgil Abloh, Missy Elliott, Pharoahe Monch, Nas and NBA legend Isaiah Thomas were a few of the many celebrities tuning in and thanking both women for their providing a “relaxing” environment — especially during a week when Uptown Records founder Andre Harrell and Little Richard both passed away.

Badu and Scott both became trending Twitter topics on Saturday night and most fans were struck by the laid back vibe of the entire event.

Jill & Erykah trynna cleanse ya chakras, get you pregnant, heal your childhood traumas, moisturize ya skin and make your booty rounder. #verzuz pic.twitter.com/PspfNIQIs1

This conversation between Jill & Erykah has cleared my skin and raised my credit score.

Me during this Jill & Erykah battle. pic.twitter.com/egfQYnAjMu

Me, once the beat dropped for On & On
Tuned in to Jill & Erykah IG battle pic.twitter.com/BTzoByfq3y

I like how Jill & Erykah doing this. Bop after bop, sprinkled with some love pic.twitter.com/3Cc8KGIcGB

Jill & Erykah stay on long enough, they might fuck around and cure Coronavirus with this typa energy! #Verzuz pic.twitter.com/E9vNrFcROi

Jill & Erykah kicking this off playing both versions of You Got Me is just perfect pic.twitter.com/iDQb0sWfjv