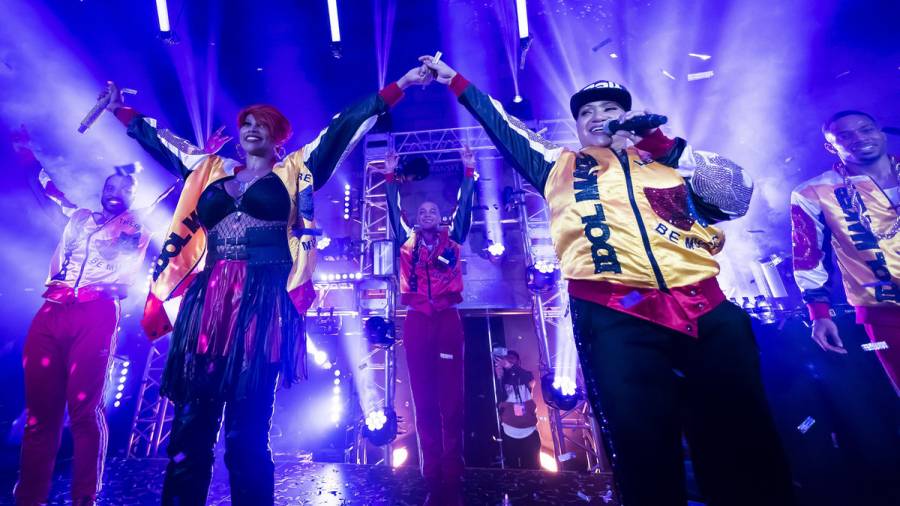 Salt-N-Pepa revisited 2Pac’s involvement in their “Whatta Man” video in a new interview with LL COOL J’s Rock The Bells. According to the Grammy Award-winning rappers, their casting of Pac caused problems due to his myriad of legal issues in 1993 — including assault and rape charges.

Their label wanted no part of Pac being in the visuals, so he was largely removed from the video. The only shots that remained when it dropped in 1994 were ones where his face wasn’t visible.

“The record company all panicked and only kept shots where you can’t see him,” Pepa recalled. “There were some great 2Pac shots. And Salt always kicks herself. You can’t fight the record company.”

Salt confirmed, “[The label] was the whole reason. I hate that when I watch the video, it really bothers me.”

Eminem Crowns 2Pac As The Greatest Songwriter Of All Time

2Pac’s face wasn’t the only thing scrapped from the video. A scene featuring Pepa spreading her legs in the bathtub also got altered for being too provocative.

“So I guess with my legs out, it was a controversy,” she said. “They got heat from it. They make those decisions. I remember not wanting to take anything out!”

Rewatch Salt-N-Pepa’s “Whatta Man” below and catch Pac a few seconds after the one-minute mark. He can be seen again about three minutes and 15 seconds into the video.