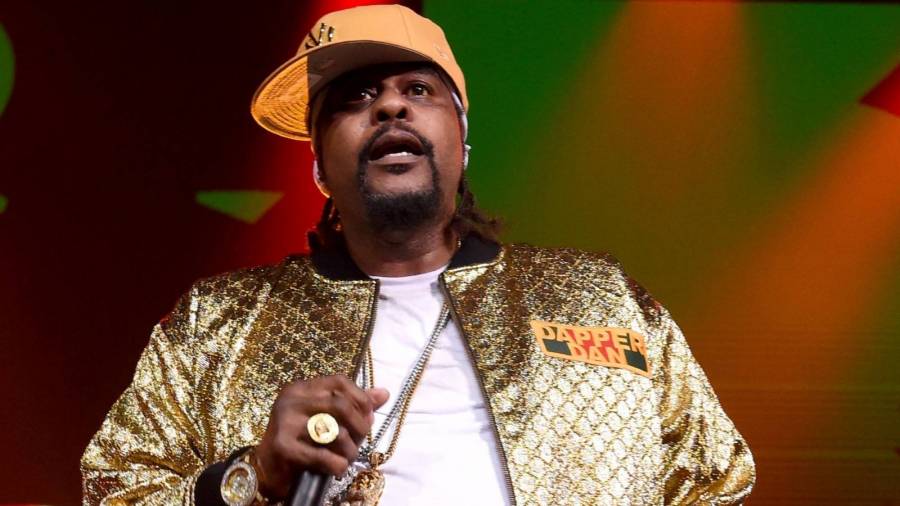 Public Enemy’s Chuck D once described Smooth B as “the sunshine in the room” — and he was absolutely right. When he picks up the phone, the infectious energy in his voice is immediately palpable as he dives into his very vast and complex musical history. As one-half of the ’90s Hip Hop duo Nice & Smooth, he and Greg Nice helped push the highly revered Golden Era into the forefront of mainstream culture.

By the time Nice & Smooth’s sophomore album Ain’t A Damn Thing Changed arrived in 1991, East Coast Hip Hop was exploding with brewing classics such as A Tribe Called Quest’s The Low End Theory, De La Soul’s De La Soul Is Dead and Gang Starr’s Step In The Arena — and Smooth B was happy to be along for the ride. But that doesn’t mean everything was all Kangols and boomboxes. When he wrote his lyrics for “Sometimes I Rhyme Slow,” he was wrestling with depressive thoughts and had to force himself to turn them into art.

Once he did, “Sometimes I Rhyme Slow” became somewhat of a cautionary tale and at the same time, purged Smooth B of the toxic thoughts and “unresolved pain” that was weighing so heavily on him. The song addresses a “Jane Doe” who was struggling with an addiction to cocaine and really exposed what substance abuse can do to a relationship. It all stemmed from Greg’s perhaps unhealthy obsession with singer-songwriter Tracy Chapman who Nice & Smooth sampled for the track.

“The funny part about ‘Sometimes I Rhyme Slow,’ we were always into all types of different music,” Smooth B tells HipHopDX. “But at that moment in time Greg was just … well, he was obsessed with Tracy Chapman [laughs].  So he’s riding around in his car and shit, and whenever we would meet up I’d hear him blasting this shit like it’s a Public Enemy album or like it’s Dre or fucking N.W.A or some shit. I was like, ‘Dude, what the fuck are you listening to?’ He said, ‘It’s this new folk artist, man. Check her out. Tracy Chapman.'”

He continues, “So it was this one particular day where we were hanging out. I got in the car with him and now I’m subject to this shit. So I’m listening to it — I ain’t got no choice. What the fuck I’m going to do? Jump out? I’m weeded the fuck up, and I start letting them guitars hit me. I was like, ‘Oh shit, she kind of slick.’ So I’m getting into it. I said, ‘Oh, she deep with her shit.’

“He’s like, ‘Yeah, I knew you would like this shit.’ Then he said, ‘But this is my shit’ and puts on ‘Fast Car.’ He said, ‘Yo, could you feel this shit enough to do a record? You think we should flip it?” I said, ‘Yeah, that’d be sick. Why not?’ It really end up being an interpolation, because if you listen to ‘Sometimes I Rhyme Slow’ and the actual original, you’ll see that the key is different, and it’s a different guitarist.”

Fast-forward nearly 30 years later and Smooth B has just dropped a new video for the song “Before,” which finds the Hip Hop vet looking back on three decades of wild industry tales with the help of an Elton John sample. But one particular line in the song — “I smoked a blunt with my nigga 2Pac before” — is more impactful than it initially sounds.

The late, great Tupac Shakur was indeed a friend of Smooth B’s and they used to roll around puffing on blunts whenever the opportunity presented itself. They first met in New York at the WBLS studio where Wendy Williams had her radio show, a time Smooth B looks back on fondly. It was then he learned ‘Pac actually rapped a Nice & Smooth line from the song “Funky For You” in the 1992 film Juice.

“We had an interview with Wendy Williams at the time,” he recalls. “So we come out of our interview and he’s up next. We come out into the little lounge area, he stands up and he’s got all this energy. He’s like, Yo, what’s up yo? My name is Tupac Shakur! What’s up, man? I’m an actor, and I rap. But I’m coming out with this movie called Juice.’ He starts kicking it and he said, ‘I spit one of your rhymes in the movie.’ That kind of caught my attention. He said, ‘When you see the movie, I’m coming around the corner, getting ready to go into this bar and I go, ‘Dizzy Gillespie plays the sax, me myself I love to max.’ I was like, ‘Oh, word?’

“Next thing you know, about maybe three, four weeks later Juice comes out. Sure enough I see it. He says it. I was like, ‘Yo, I fucking love this dude right here, man. He a real one.’ So long story short, we kept in contact, and then he end up coming to New York and we hung out. Then we went to see Juice together to bug out and we was blowing down trees. Any time I saw Pac, we lit it up. We put some in the sky.”

But the tale doesn’t end there. Before leaving WBLS that day, ‘Pac got a page (yes, people used to use pagers before smart phones took over the world) about an audition.

“When he finished his interview, we start talking,” he continues. “We go downstairs — and at that time everybody had pagers — so he gets a page and he goes to the front desk at WBLS and makes the call. Then he comes back and I just happened to be standing there. He’s like, ‘Shit yo, I just got a call about another audition with Janet Jackson my nigga.’ It was for Poetic Justice. He was like, ‘Man, I hope I get that shit. I see Janet, I’m going to whoop my mojo.’ 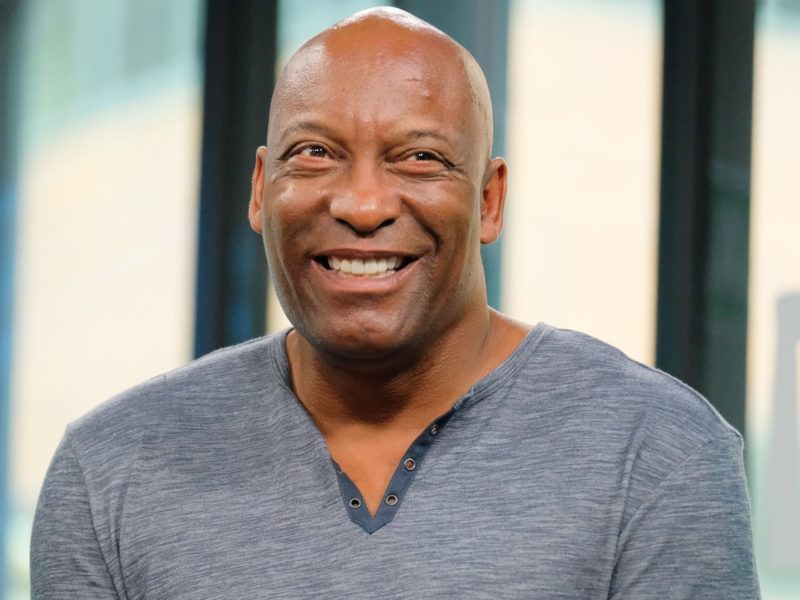 Sure enough, ‘Pac got the role as young postal worker Lucky in the 1993 John Singleton film but never did get a shot with Jackson. In fact, she infamously changed her number shortly after the film premiered. Smooth B says that’s not the first time she’d done that — she allegedly did it to Bobby Brown too. And Smooth B would know — he was Brown’s right-hand man for years. He is actually behind many of Brown’s hit songs — and his “Gumby” haircut.

“That Gumby haircut that he became so famous for was my idea,” he says. “Dead ass. He didn’t even like the shit. When I told him to get the Gumby, he didn’t even like it. He was like, ‘Oh, this is kind of weird.’ But it was the shit. I seen him on Arsenio. So imagine this shit. He talking about he don’t like the shit, but then everybody loved it.”

He adds, “That’s my brother. He had took me on the road. I used to sing background for him, the whole nine yards. I ran with Bobby. Listen, I had a million fucking hats. I’d go out into the crowd with the laminated passes on and get the girls for the after party. I did it all.”

When Smooth B says he did it all, he really did it all. How many Hip Hop artists can say they personally received a green light from Prince to sample his music? Not many. But somehow Smooth B makes miracles happen and got permission from The Purple One to sample 1979’s “I Wanna Be Your Lover” for the 1994 Nice & Smooth cut “Sky’s The Limit.”

“Back in the day when I was with Nice & Smooth, we sampled Prince,” he explains. “Everybody was like, ‘Prince don’t clear samples’ and so forth and so on. I had this theory in my mind back then, and I was just like, ‘If he hears it. If someone could get it to his ears, he’d like it. So when we were on Def Jam, Russell Simmons personally played it for him. When he played it for him, he said Prince looked. Prince was just so mysterious. He said he was sitting there.

“He was telling me the whole story — he said he was sitting there and Prince had him play it twice. He had his shades on and they were listening to it. Then he didn’t move. He just listened, and then he was like, ‘Play it again.’ Then Russell played it again and he told me Prince smiled and said, ‘Yeah man, I like that shit. That’s genius.’ And he gave us the clearance!”

Check back soon for Part II of the Smooth B interview. Until then, find Smooth B here.