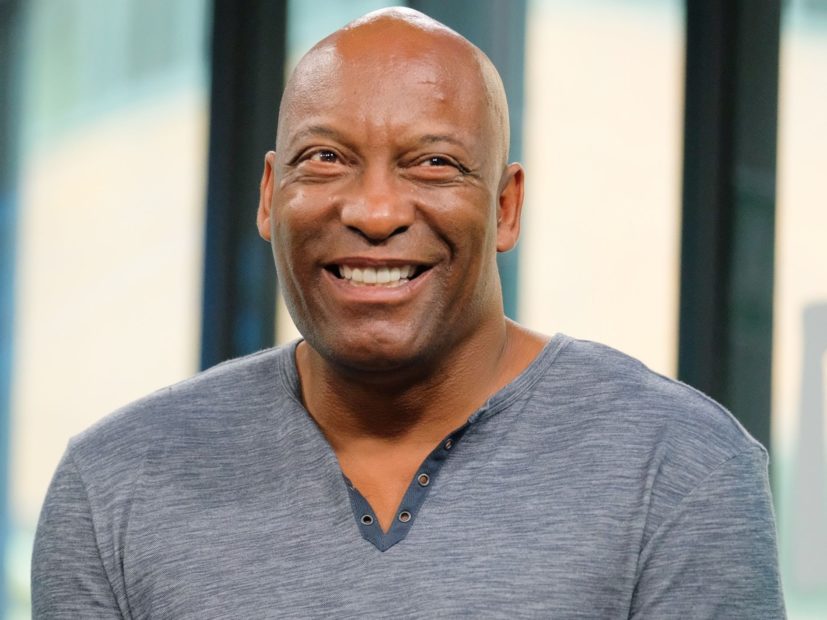 Hollywood, CA – What if 2Pac never made Me Against The World? Or All Eyez On Me? It’s hard to imagine Hip Hop without those two classic albums. But if  ‘Pac would’ve listened to director John Singleton’s suggestion in 1993, he would’ve have stopped rapping and focused on making movies.

In a recent interview with The Daily Beast, the celebrated director admitted that wasn’t exactly sage advice.

“I’m the stupidest person in the world to be telling Pac [that],” he said. “When we were working initially, he wasn’t that good a rapper. I was like, ‘You a’ight, but you a better actor.’ He was like, ‘Fuck you, man. Hip Hop is my voice.’ Hip Hop, being a rapper — that’s like being a gunslinger, that’s your manhood.

“‘Can’t nobody take that from you. If you can spit 16 bars and take somebody down that’s like having a multiple weapon. I’m telling him, ‘That’s not your weapon—your weapon is the fact that you’re going to be a major star.’ He couldn’t see it. I’m stupid for saying it but also, he couldn’t see it. He couldn’t see how one thing could begat the other.”

During that time, Singleton and ‘Pac were shooting Poetic Justice co-starring Janet Jackson. It was the late Hip Hop luminary’s second starring role and follow-up to Juice, which he’d filmed the year before.

As Poetic Justice was hitting theaters, a rumor was started that claimed Jackson – who was married at the time — made ‘Pac take an AIDS/HIV test prior to shooting his romantic scenes with her. Singleton is adamant it was simply a bad joke that got blown out of proportion.

“That was a joke!” Singleton explained. “Me and Pac didn’t know Janet was married so we both were flirting with her and stuff. We’re on the set joking, with Janet there and the whole cast, and I was like, ‘I don’t know if I want you kissing my actresses — I don’t know where your lips have been. We gonna do this love scene with y’all, we’re gonna have to get you a double. He was like, ‘Fuck doing that, [only] if we’re really fucking!’

“We’re gonna have to get you an AIDS test for you to kiss my actress! And it became a joke. And then a joke turned into some publicity and he was the only one that was left out of the circle. He knew, but he went along with it. They were in on the joke. It was just the salt and sugar of us messing around on the set.”

Poetic Justice and the Singleton-directed Higher Learning will be released to Blu-ray on February 5.