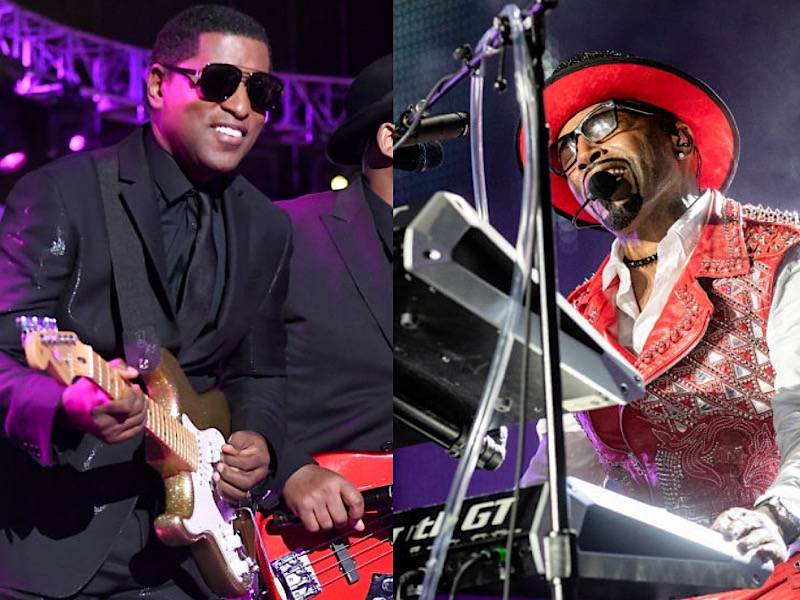 The highly anticipated Instagram Live battle between Teddy Riley and Kenneth “Babyface” Edmonds went down on Saturday (April 18) — sort of. As thousands of people tuned in at 9 p.m. EST, it was quickly apparent things weren’t going to go as planned.

For starters, there was no sound. And while Babyface was relaxed, holed up in his studio, Riley looked like he was getting ready to recreate Essence Fest.

For nearly a half-hour, the two veteran artists struggled to execute the battle while over 400,000 people watched. All viewers could hear on Riley’s side was playback and echoes whenever it was his turn to play a song.

Needless to say, it was a flop. Ageist jokes flew with many people blaming Edmonds’ and Riley’s ages (62 and 53, respectively) for their technical difficulties. By 10 p.m. EST, it was clear the audio wasn’t operating correctly, so they stopped and instructed viewers to come back in 30 minutes — despite the audience’s objections.

Shortly after 10:30 p.m. EST, Babyface suggested it’d be better to postpone the battle.

“Tonight was really special … it’s only right that we postpone this thing and do it at a time when there aren’t any technical difficulties and everybody can hear the music the way it needs to be heard,” he said.

Thank you everyone for being there for us

Teddy: We seem to be having some technical difficulties

Babyface when Teddy Riley calls to set a new date be like: pic.twitter.com/BlEgfa9CQ0

Every time Teddy had a technical difficulty, Babyface was like pic.twitter.com/cnzF7JuO8y

Teddy not listening to anyone trying to help

Teddy and his team: Come back in 30 mins.

DJ D-NICE to the rescue with the Babyface and Teddy Riley set in #ClubQuarantine pic.twitter.com/ssXrkZYaZz

Listen, Babyface, Teddy Riley, Tyrese and Tamar are trending in a horrible year of 2020 in the middle of a pandemic, bringing laughter to our souls by accident. Maybe we needed this instead of the live music 😂😂 pic.twitter.com/s4a2AJ7rOx

Teddy:
“Can you turn your speaker down, its causing a delay”#TeddyRileyVsBabyface pic.twitter.com/R8Q0BW0Wqy

Babyface when Teddy calls for a rematch pic.twitter.com/0BhYQkzDiN

I LOVE now Babyface subtlety told Teddy “I’m here by myself. You know, social distancing.” Meanwhile, Teddy and friends were acting like we not in the middle of a pandemic 😂😩 #BabyfacevsTeddyRiley pic.twitter.com/j56Po3nOKL