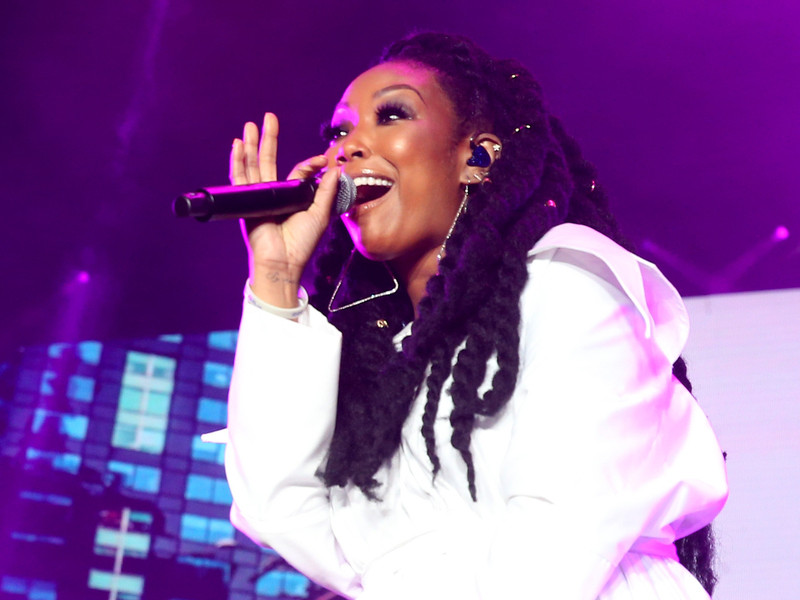 Brandy Reminds Essence Festival Crowd "The Boy Is Mine" Isn't Monica's Song, It's Hers

While performing at the 2018 Essence Festival in New Orleans, Brandy took the audience by surprise as she sang the 1998 hit “The Boy Is Mine.”

During the song, the R&B vet switched the lyrics from, “The boy is mine” to “The song is mine,” a clear jab at Monica who originally collaborated on the song with her.

#PressPlay: Okay! #Brandy hit the stage at #EssenceFest and she made sure to let the crowd know “The Boy Is Mine,” is her song ? via. @inquisitivecarter

“The Boy Is Mine” was released as a joint single in May 1998 and included on Brandy’s sophomore album Never Say Never a month later. In July 1998, Monica also released the track as the lead single from her sophomore effort, the appropriately titled The Boy Is Mine.

The song was the first #1 Hot 100 hit for both artists and spent 13 weeks at the top of the chart. Both singers also won a Grammy Award in the Best R&B Performance by a Duo or Group category at the 1999 Grammy Awards.

It’s believed part of the song’s success was due to the ongoing rumors that the two singers had an unspoken rivalry. Monica reportedly had an issue with Brandy performing the song on The Tonight Show with Jay Leno without her, and Brandy was reportedly upset that Monica used the song’s title for the name of her album.

The singers’ managers eventually released a joint statement addressing the feud after reports started to circulate claiming they almost had a physical altercation during a rehearsal for the MTV Video Music Awards in September 1998. Their managers blamed the media and called the behavior “disturbing” and thought the “ongoing negativity [was] totally unfair.”

Although Brandy and Monica reunited on “It All Belongs To Me” in 2012, it seems like Brandy still has some unfinished business.

Twitter users were confused by Brandy’s actions and wasted no time voicing their opinions. [apple_news_ad type=”any”]

chile this beef between brandy and monica still exists? pic.twitter.com/PGoRGk9fIb

I love both Brandy and Monica equally. Their voices are dope. Still confused about this beef tho.

Monica has to be terrorizing Brandy behind the scenes or Brandy is just hella bitter from 20 years ago.

The fact that Monica will really shoot Brandy is the part that tickles me pic.twitter.com/tuDLjDLZk7

Brandy: The Boy Song Is Mine

Brandy always trying to shade Monica. Why is monica still on Brandy's mind after all these years? Im really starting to think it's something wrong with Brandy pic.twitter.com/xTNemZw8qq