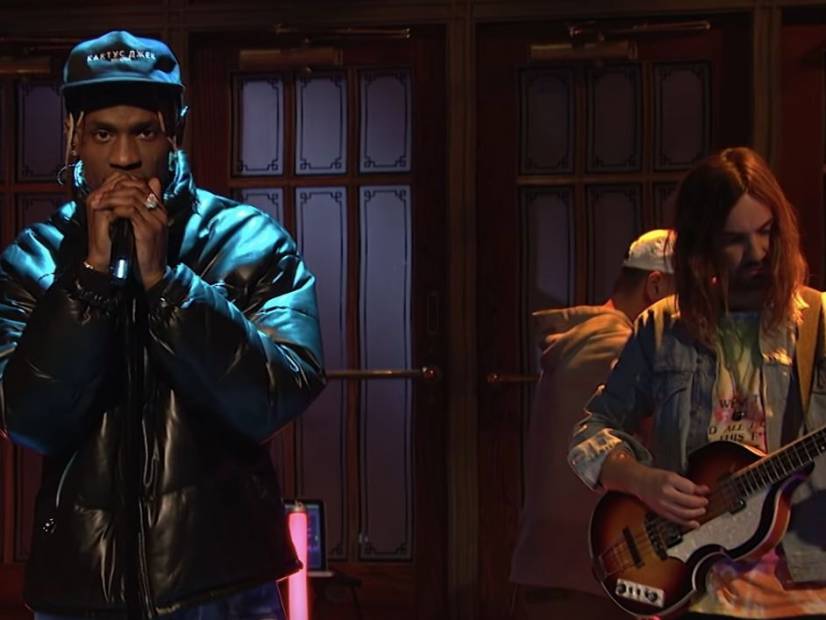 Tame Impala delivered The Slow Rush on Friday (February 14), the group’s first album since 2015’s Currents. While at his home in Los Angeles, singer/guitarist Kevin Parker spoke to Zane Lowe about the process of making the record and collaborating with Travis Scott.

Scott and the Australian band previously teamed up on Astroworld. Tame Impala is credited as producer on the song “Skeleton,” which they performed on Saturday Night Live in October 2018.

Parker spoke about what it was like working with Scott.

“It was awesome,” Parker said. “He’s so enthused by ideas. He doesn’t waste time kind of doubting himself or doubting things, which is extremely valuable because you need that burst of conviction. I tried to take on some of that conviction when I’m working because doubt and all that kind of stuff is poisonous in creativity.”

Elsewhere in the interview, Parker spoke about why it took five years to release a follow-up to Currents and what the studio environment was like while recording The Slow Rush.

“It was over a long period of time and had a lot of sessions to it,” Parker said. “At some points, there were 10, 20 people in the room. You could just be there and hang out and not do anything for like an hour. And then something perks your ears up, and you can be like, ‘Oh yeah yeah, plug me in, I’ve got an idea.’ We’d go for hours until three in the morning.”

Check out The Slow Rush below.